The nationwide outrage that erupted following the mob lynching of a student who criticized his Indian-backed government's recent lopsided deals with New Delhi earlier this month and the Bangladeshi military killing a member of the Indian "Border Security Force" in self-defense last week suggest that Bangladesh's neo-colonial bondage to India is at risk of breaking, but it'll still take more than just these two incidents if the country is to ever reverse its policies and regain the sovereignty that it voluntarily surrendered to its much larger neighbor over the past couple of years. 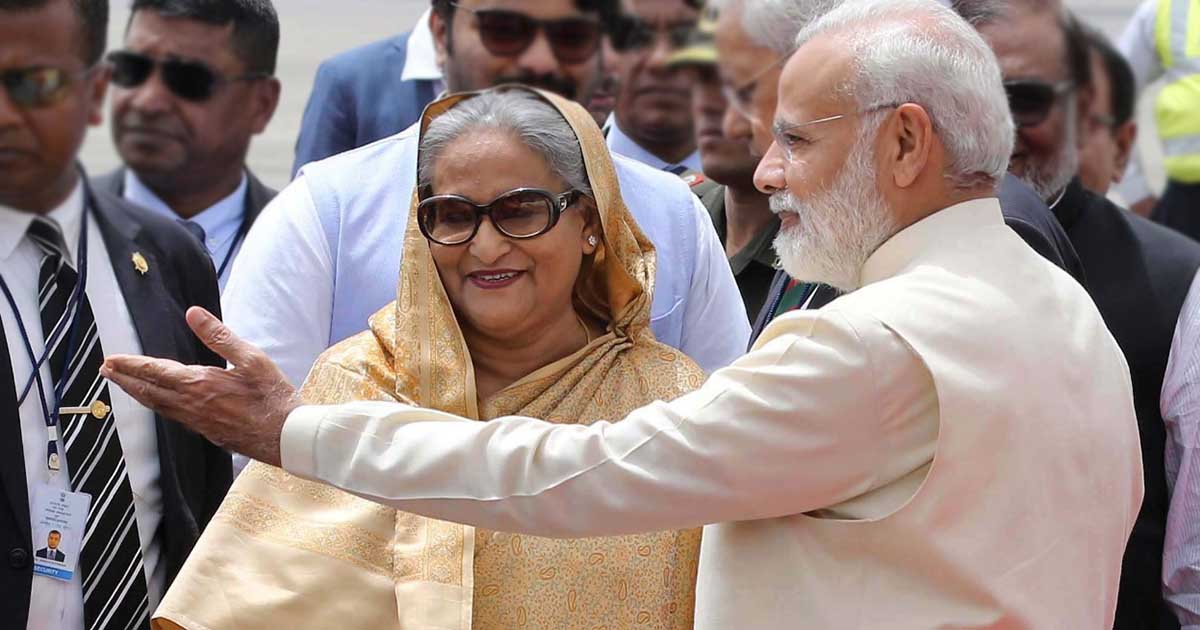 It’s unpopular to talk about and even outright dangerous to say if one’s in Dhaka, but Bangladesh has basically been transformed into a neo-colonial appendage of India over the past few years during the ongoing rule of Sheikh Hasina’s Indian-backed “Awami League”, but this bondage is at risk of breaking if two recent events are anything to go by.

Nationwide outrage erupted following the mob lynching of a student who criticized his government’s lopsided deals with New Delhi earlier this month, especially concerning the issue of water-sharing rights that directly affect the survivability of the world’s most densely populated country of significance.

Scroll.in, an Indian-based online information outlet, published a surprisingly objective piece about this titled “In Bangladesh, a student’s murder opens a window on rising anti-India sentiment across the border“, which explained how the population is becoming increasingly discontent with the ruling party’s subserviance to Indian strategic objectives that infringe on their national pride and dignity by insultingly portraying their country as their much larger neighbor’s ‘junior partner’.

It should also be added that India’s “National Register of Citizens” (NRC) in the border state of Assam excluded 1.9 million people who the government regards as being in the country illegally

It also doesn’t help any that the “Awami League” has become extremely totalitarian as of late in cracking down on any opposition to it, which is never criticized by the world’s self-professed “world’s largest democracy” because this policy actually mirrors the approach of the BJP.

In fact, one can even say that India has exported the so-called “Modi Model” to Bangladesh whereby it supports one-party authoritarian rule in its new neo-colonial holding upheld by anti-democratic restrictions on the opposition and the unleashing of lynch mobs against dissidents who aren’t intimidated into self-censoring their views.

Just like in India, Bangladesh believes that it can “buy stability” by ensuring high growth rates that its leadership hopes will distract the population from paying attention to political issues, though socio-economic inequality is still a tremendous problem in both countries and is leading to a lot of resentment that’s in turn being forcibly put down, thus leading to an incipient cycle of destabilization that poses a serious threat to their stability in the medium-term.

Read more: Everyone can be Indian Citizen Except Muslims: Amit Shah talks Poison

Just last week, India and Bangladesh had their worst-ever border clash in recent memory after New Delhi’s “Border Security Force” tried to forcibly free one of its citizens who was detained for illegal fishing in his neighbor’s waters, which resulted in the defenders returning fire in self-defense and killing one of the Indian forces who illegally trespassed on their territory.

The international fallout of this situation is being managed at the state-to-state level, but the soft power consequences are uncontrollable since Bangladeshis now see that that the Indian government truly does treat their country as a neo-colonial appendage after unsuccessfully attempting an armed raid into their country to free a captured criminal because they believed that there wouldn’t be any reaction.

These two incidents — the mob lynching of the student who innocently criticized his country’s opaque water-sharing agreement with India and the killing of a member of India’s “Border Security Force” who illegally attempted an armed raid in their territory — are triggering previously unseen levels of anti-Indian sentiment in Bangladesh.

With anti-Indian sentiment already at a high level as a result of this month’s events, the situation could become explosive in that scenario

It should also be added that India’s “National Register of Citizens” (NRC) in the border state of Assam excluded 1.9 million people who the government regards as being in the country illegally, and practically all of these are Muslims of Bangladeshi heritage, some of whom fled to the country as refugees during the tumultuous events of 1971 when the Indian-backed “Mukhti Bahini” waged a violent separatist war against Islamabad over then-East Pakistan’s secession as modern-day Bangladesh.

India’s Hindu fundamentalist rulers are already building large-scale “detention camps” for rounding up these people prior to their forcible “repatriation” to Bangladesh, the latter of which doesn’t have the capability to handle such a massive reverse influx of reverse-“Weapons of Mass Migration” but will probably accept them anyhow seeing as how the government is unable to deny its foreign patron’s demands.

With anti-Indian sentiment already at a high level as a result of this month’s events, the situation could become explosive in that scenario, which is why New Delhi might seek to undertake a “phased repatriation” in order to avoid putting more pressure on Dhaka and provoking the populace.

Altogether, it appears as though Bangladesh’s neo-imperial bondage to India is at risk of breaking, but that probably won’t happen anytime soon since it would require a regime change to institutionalize, which is impossible to pull off with “legal” means but also is way too dangerous to attempt illegally through a Color Revolution since the state won’t hesitate to use lethal force to secure its interests. The end result is that the growing number of discontented individuals will probably be forced to “go underground”, which by its very nature could predispose them to militancy and possibly even terrorism, thus worsening the security situation there that’s already under strain from Daesh threats.

The dilemma is that the government needs to gradually liberate itself from Indian tutelage in order to avoid what appears to be the looming (but not necessarily impending) crisis that could otherwise push the state to the edge of collapse, but it won’t remain in power if it does and is thus refusing to take such sensible steps. As such, the impending failure of the “Modi Model” in Bangladesh could turn this country of over 160 million people into a failed state and trigger serious consequences for regional security, first and foremost within India itself.

Andrew Korybko is a political analyst who specializes in Russian affairs and geopolitics, specifically the US strategy in Eurasia. His other areas of focus include tactics of regime change, color revolutions and unconventional warfare used across the world. His book, “Hybrid Wars: The Indirect Adaptive Approach To Regime Change”, extensively analyzes the situations in Syria and Ukraine and claims to prove that they represent a new model of strategic warfare being waged by the US. The article originally appeared at One World Global Think Tank and has been republished with the author’s permission. Views expressed in this article are author’s own and do not necessarily reflect editorial policy of Global Village Space.