Everyone can be Indian Citizen Except Muslims: Amit Shah talks Poison

Amit Shah, the Indian Home Minister, and BJP President has announced New Delhi’s decision to provide citizenship to all non-Muslims refugees as part of Narendra Modi’s campaign to weed out all infiltrators and immigrants. 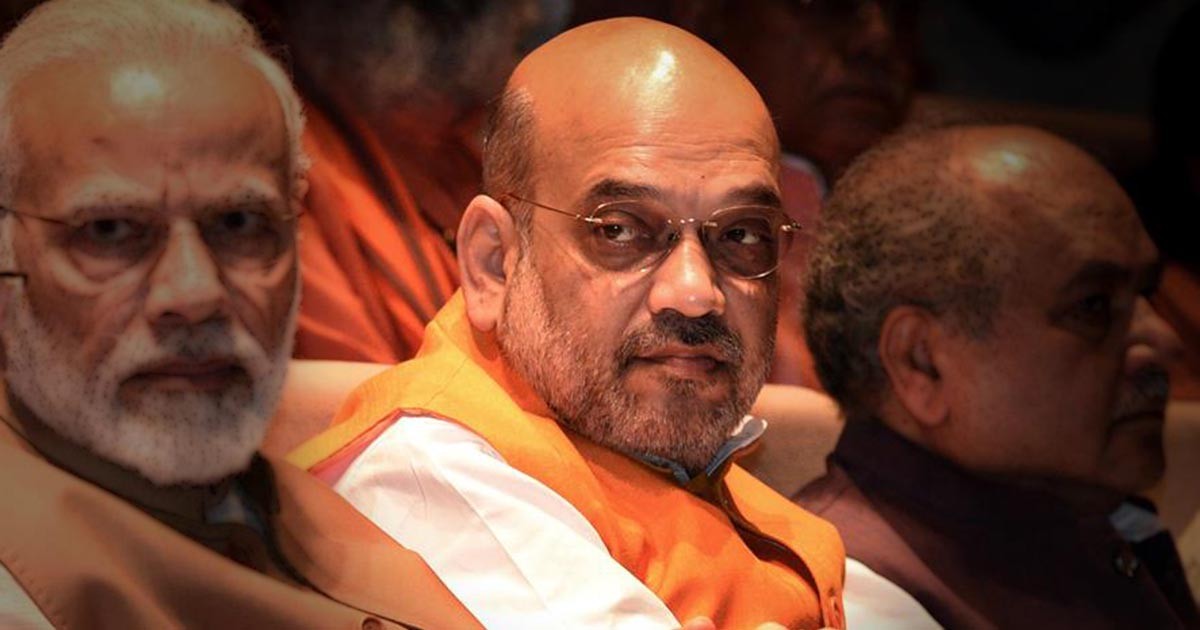 The BJP-led Indian government has announced plans to reintroduce a bill that would provide non-Muslim refugees Indian citizenship, even after a highly controversial citizen registry has been finalized in one north-eastern state of India.

Indian Home Minister Amit Shah, announced on Tuesday, that New Delhi is in the process of tabling a bill I the parliament that would allow all non-Muslim refugees across India to obtain Indian citizenship.

Citizenship for all Non-Muslim Refugees

Amit Shah, a prominent leader of Prime Minister Narendra Modi’s Hindu nationalist Bharatiya Janata Party (BJP) addressed a gathering of supporters in the city of Kolkata. He said that the BJP government will give all “Hindu, Sikh, Jain, Buddhist and Christian settlers” Indian citizenship.

Shah said that the Narendra Modi led government has initiated a wide-ranging crackdown on illegal foreign immigrations, however, all Hindus, Buddhist, Sikh, Jain, and Christian refugees will not be asked to leave India.

The Bharatiya Janata Party was supportive of the process, while its critics highlighted it as a blatant attempt to deport millions of Muslims, who had entered India from the porous borders of Bangladesh.

Amit Shah stressed that the BJP government is adamant to ensure that “not even a single infiltrator” is allowed to remain in India.

Addressing the people of Bengal, Shah said, as quoted by the Times of India, “People of Bengal are being misled about the NRC… The [Narendra] Modi government won’t drive out a single refugee. I assure all Hindu, Buddhist, Sikh, Jain refugees they won’t have to leave the country, they will get Indian citizenship and enjoy all the rights of an Indian national.”

Shah said that the Modi led government is determined to drive out all “infiltrators” and stressed that “no country can afford to sustain the pressure of infiltration”.

The proposal, termed as the Citizenship Amendment Bill, has been stalled in the upper house of the Indian parliament, and it would grant Indian citizenship to all non-Muslim refugees from neighboring countries, including Bangladesh, Afghanistan, and Pakistan, who have been living in India for at least six years.

India conducted a similar exercise in the state of Assam, the National Register of Citizens (NRC) identified more around two million undocumented immigrations from the 32 million residents of Assam, and these immigrants were deprived of their citizenship and state, triggering the fear of a Muslim genocide taking place in India.

The findings of the NRC were published back in August, and the results of this four-year process triggered strong criticism from Assam, which underwent a massive anti-migrant movement back in the 1980s. The people whose names were not added to the citizenship list were given 60 days to approach quasi-legal tribunals and validate their citizenship.

The Indian government has not specified the treatment designed for the citizens who are branded as foreigners or “infiltrators” as India does not have a deportation treaty with Bangladesh. Reports reveal that earlier this year, the Supreme Court of India criticized New Delhi and the government of Assam for their inability to identify and accommodate foreigners, of which 1000 are kept in the overcrowded prisons of the Indian state.

The process was carried out through voluntary applications as opposed to a thorough census, and the citizens of Assam, who share a long border with Bangladesh, were encouraged to apply in order to be included on the citizenship list and obtain documentation providing their lineage as a resident of Assam. This process was carried out on 24th March 1971, a day before the military operation was launched in former East Pakistan.

The Bharatiya Janata Party was supportive of the process, while its critics highlighted it as a blatant attempt to deport millions of Muslims, who had entered India from the porous borders of Bangladesh.

Pegasus, Israeli Spyware: Govt Officials Warned Not to Use WhatsApp

RSS ideology in Modi’s India is a threat to Muslims and other minorities, PM Khan