Banners rallying the nation behind a cause and panicked citizens who hide in their homes and report on each other: China's Communist Party has deployed an old toolkit to battle a new enemy. 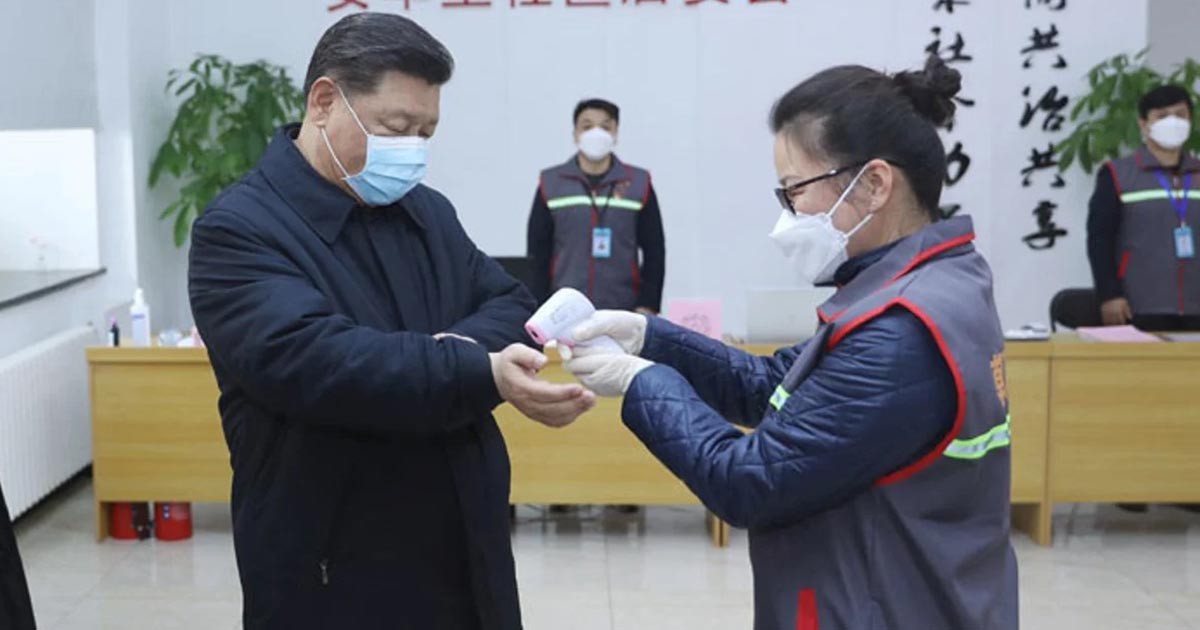 Banners rallying the nation behind a cause and panicked citizens who hide in their homes and report on each other: China’s Communist Party has deployed an old toolkit to battle a new enemy.

Authorities have tapped their propaganda powers to wage what President Xi Jinping has dubbed a “people’s war” against the new coronavirus that has killed more than 1,300 people and infected nearly 60,000.

Xi has paid tribute to “comrades… on the frontline” while state media has heralded the importance of patriotism in tackling the outbreak in a campaign reminiscent of Chairman Mao’s cries to mobilise the masses.

Zhao Yiling has not left her apartment in eastern Beijing since January 23. “The committee said you have to be patient and not go out, so I’m not going out. I obey,” said the 57-year-old housewife.

She said she follows the directives of the neighbourhood committee — which enforce the orders of the ruling Communist Party — to the letter.

They have been the ones applying discipline around registration and self-quarantine for people returning from hard-hit areas. But she admits that amid the constant messaging from the government, she is now “terrified” about the virus.

Outside her residence, a banner with large white characters on a red background has been hung, calling for the epidemic to be brought under control. “Track, alert, isolate and treat as quickly as possible,” it reads.

In China, political propaganda is never far away. “Let us raise the Party flag in the face of the epidemic,” demands one slogan shared on social media in Zhejiang, an eastern province with the second highest number of infections in the country.

In Hubei, the central province at the heart of the outbreak, the messages are downright threatening. “Those who do not declare their fever are enemies,” proclaims a banner photographed on a building in Yunmeng.

In the same quarantined district, another slogan deliberately sows fear. “To visit each other is to kill each other,” it reads. “To get together is to commit suicide.” Neighbours are also being encouraged to report on each other elsewhere in the country, especially if they suspect anyone is from Hubei.

Zhao said that a car registered in Hubei had been spotted in her neighbourhood. “Everyone is looking for the owner,” she said. Some areas are even offering financial incentives for those who inform on their neighbours.

The streets and parks where people usually gather in all weather to chat, dance, workout or play cards are hopelessly empty. Northwest of Beijing, an elderly woman surnamed Zhu refuses to be supplied with groceries — even if it is simply a matter of neighbours leaving the food outside her door.

“Definitely not. We don’t visit neighbours,” said the former government official, aged 84, who believes she purchased enough supplies before the Lunar New Year, which fell in late January. “We can last a month,” she said.

The communist regime has rarely faced as much pressure in recent years as the huge outpouring of grief and anger it met after the death from the virus last week of a doctor from Wuhan, the city at the heart of the epidemic.

Li Wenliang was among a group of people who sounded the alarm about the virus in late December, only to be reprimanded and censored by the authorities.

BEIJING – Banners rallying the nation behind a cause and panicked citizens who hide in their homes and report on each other: China's Communist Party has deployed an old toolkit to battle a new enemy. #BangkokPost #World https://t.co/M0P0JerQp8

The doctor was venerated as a hero, with news of his death prompting calls on social media for greater liberties and freedom of speech — while officials were vilified for letting the epidemic spiral into a national health crisis instead of listening to the doctor.

The Chinese leaders “feel a little guilty for having reacted so slowly at the start. Now they are overreacting,” he said. But there are still those who resist the official line.

“The neighbourhood committee came to tell me to close, I refused,” said a Beijing restaurant owner, who together with his wife runs the last establishment still open on his street.

“We are careful with the kitchen, everything is very clean. Closing will not change anything,” he said from his empty restaurant. Against official advice, he was also not wearing a face mask.

The owner — who did not want to give his name for fear of reprisals — berated his compatriots “who obey without thinking like slaves” at the risk of driving businesses into bankruptcy. “We are not going to be able to last long like this,” he said. “There is rent to pay.”

Freedom of Press in Pakistan under threat from multiple fronts