The Taiwanese President has asked China to confront its past and commemorate the memory of the Tiananmen crackdown, maintaining that this was the only way forward. Meanwhile, China hits back by calling her demand 'absolute nonsense' as it defends itself over banning the Tiananmen Vigil in Hong Kong. 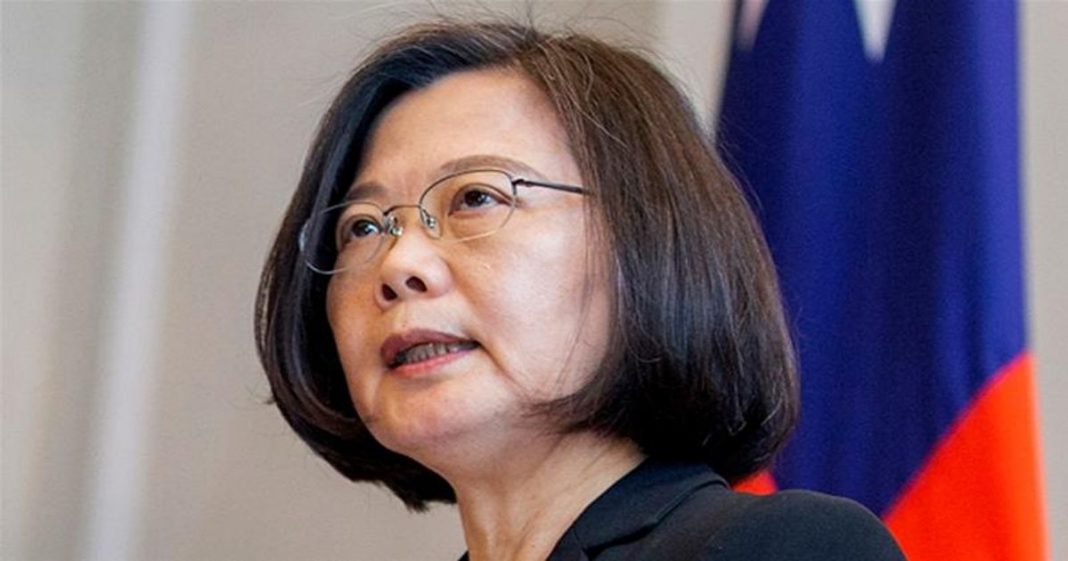 Hundreds of people, mostly students, were killed on June 4, 1989 in Tiananmen Square during the Chinese Communist Party's suppression of demonstrations calling for democratic reforms. https://t.co/Oe8DkQV0eP

Hundreds of people were killed during the Communist Party’s suppression of demonstrations calling for democratic reforms.

But open discussion of the incident is forbidden on the Chinese mainland, with censors scrubbing mentions of protests, and dissidents often visited by police in the days leading up to the June 4 anniversary.

Taiwanese President calls on China to remember the tragedy

“Around the world, there are 365 days in a year. Yet in China, one of those days is purposely forgotten each year,” Taiwan’s President Tsai Ing-wen said on Twitter.

Around the world, there are 365 days in a year. Yet in China, one of those days is purposely forgotten each year. In Taiwan, there were once days missing from our calendar, but we’ve worked to bring them to light. I hope one day China can say the same.

Tsai said Beijing needed to confront the legacy of the incident, just as Taiwan had been forced to reckon with its own authoritarian past before its transition to democracy in the 1990s.

“There were once days missing from our calendar, but we’ve worked to bring them to light. I hope one day China can say the same,” she wrote.

Tsai’s comments came a day after the Mainland Affairs Council called on Beijing to offer “sincere apologies” over the Tiananmen crackdown.

Tensions between Taipei and Beijing have surged since Tsai was elected in 2016 because her government considers the island to be a de facto independent state rather than an unincorporated Chinese territory. Lately, her advice from Taiwan saying Beijing should  acknowledge Tiananmen has not gone down well with officials in China.

Taiwan has long marked the date of the Tiananmen crackdown with solemn vigils mourning the dead.

The ceremonies are usually dwarfed by much larger gatherings in Hong Kong, the only place in China where such mass displays of remembrance are possible.

But this year’s memorial in the finance hub was cancelled by authorities citing the need to halt the spread of coronavirus.

Taiwan has welcomed an influx of Hong Kong residents who have moved to the island out of fear their city’s unique liberties were slowly being extinguished by Beijing.

In a move of unparalleled defiance, Hong Kong marked China’s deadly Tiananmen crackdown on Thursday, with candle-light ceremonies set for the evening across the city after authorities banned a mass vigil at a time of seething anger over a planned new security law. This move comes amid the recent ban by Hong Kong police on the annual Tiananmen Vigil, which effectively bans the vigil being held in the only territory in the world where it is commemorated.

Open discussion of the brutal suppression is forbidden in mainland China, where hundreds — by some estimates more than a thousand — died when the Communist Party sent tanks on June 4, 1989 to crush a student-led demonstration in Beijing calling for democratic reforms.

But the people of semi-autonomous Hong Kong have kept memories alive for the past three decades by holding a huge annual vigil, the only part of China where such mass displays of remembrance are possible.

Beijing should acknowledge Tiananmen: What is Tiananmen?