In the first move by Hong Kong authorities after the promulgation of the new security law, police banned the annual Tiananmen Vigil. Police say that this is necessary for public safety purposes. However, Hong Kongers do not buy this excuse. Is Hong Kong on the road to becoming China? 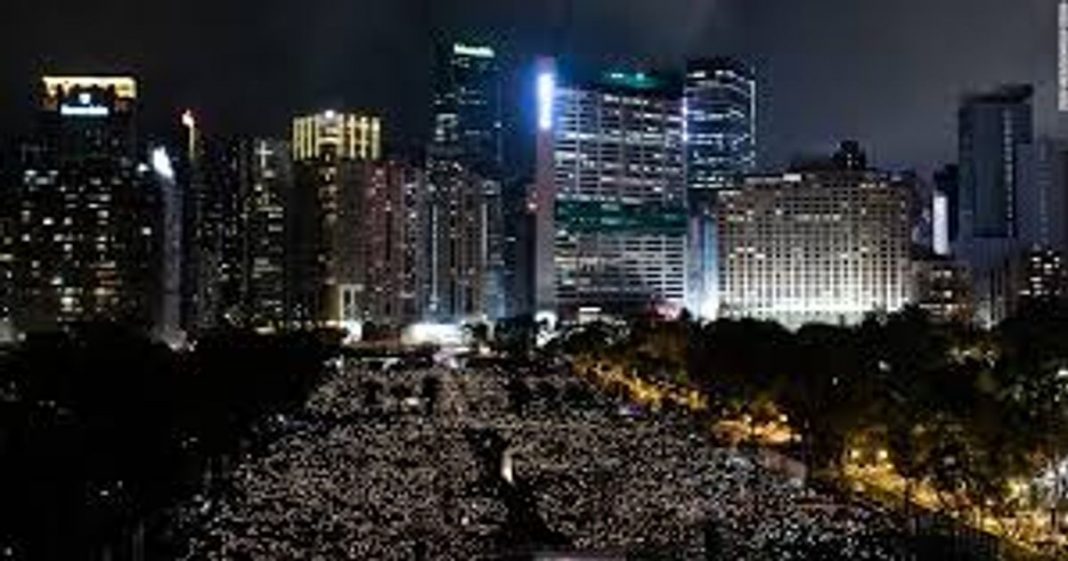 In a development that happens to be the first true manifestation of the new Hong Kong security law, police on Monday banned an upcoming vigil marking the Tiananmen crackdown anniversary citing the coronavirus pandemic, the first time the gathering has been halted in three decades. The Tiananmen Vigil is held every year to commemorate those Chinese lost in the quest for democracy, and is a sensitive issue for Hong Kongers.

The candlelight June 4 vigil usually attracts huge crowds and is the only place on Chinese soil where such a major commemoration of the anniversary is still allowed.

Last year’s gathering was especially large and came just a week before seven months of pro-democracy protests and clashes exploded onto the city’s streets, sparked initially by a plan to allow extraditions to the authoritarian mainland.

What does the Tiananmen Vigil commemorate?

An annual vigil commemorating the 1989 Tiananmen Square massacre will not take place in Hong Kong this year, after police refused organizers permission to hold a mass gathering during the coronavirus pandemic. https://t.co/8e4zyK13PS— CNN (@CNN) June 1, 2020

But police rejected permission for this year’s rally saying it would “constitute a major threat to the life and health of the general public”, according to a letter of objection to organisers obtained by AFP.

However, Hong Kong has managed to keep the virus mostly in check, with just over 1,000 infections and four deaths. Bars, restaurants, gyms and cinemas have largely reopened in recent weeks.

This makes the decision to ban the Tiananmen Vigil all the more perplexing for Hong Kongers who were geared to commemorate the deadly incident.

The vote by the rubber-stamp National People’s Congress came hours after the United States revoked the special status conferred on Hong Kong, paving the way for the territory to be stripped of trading and economic privileges.

Read more: Ending of Hong Kong special status: what does it entail?

Beijing says the law — which will bypass Hong Kong’s legislature — is needed to tackle “terrorism” and “separatism”.

Opponents fear it will bring mainland-style political oppression to a business hub supposedly guaranteed freedoms and autonomy for 50 years after its 1997 handover to China by Britain.

Organisers defiant, call on volunteers to light candles wherever they are

Organisers accused police of using the virus as an excuse to ban the rally.

“I don’t see why the government finds political rallies unacceptable while it gave green lights to resumption of schools and other services ranging from catering, karaoke to swimming pools,” said Lee Cheuk-yan, chairman of the Hong Kong Alliance which has organised every vigil since 1990.

The alliance called on residents to instead light a candle at 8pm on Thursday and observe one minute of silence wherever they can.

“If we are not allowed to light a candle at a rally, we will let the candles be lit across the city,” Lee said.

Lee also vowed that the alliance would continue to chant the slogan “end one-party rule” during the commemoration despite Beijing’s recently announced plans to impose a law criminalising acts of subversion, secession, terrorism and foreign interference.