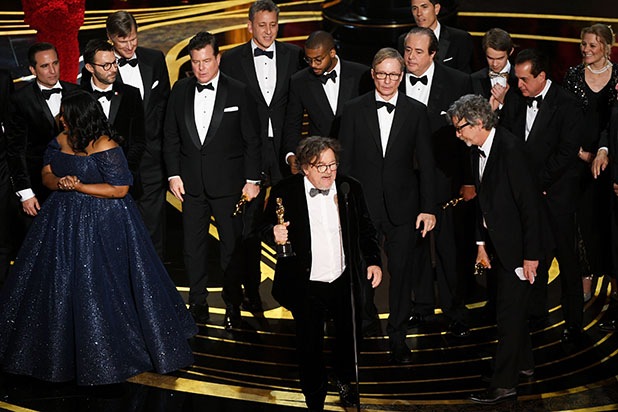 In the age of revivals and remakes, it wouldn’t be surprising for someone to remake the 1989 Best Picture winner Driving Miss Daisy: a feel good, milquetoast pat-on-the-back story about a white racist woman learning to respect her black driver. And Green Book, Peter Farrelly’s directorial debut, is essentially just that, albeit with a race bend at play.

Starring Academy Award Winner Mahershala Ali and Academy Award nominee Viggo Mortensen, the film is a true story about a black pianist who hires a racist Italian American as a chauffeur to drive him on his eight-week concert tour.

Since its release, the film has been on a hot streak, winning Best Comedy at the Golden Globes, the Audience Award at the Toronto Film Festival and getting nominated for Best Adapted Screenplay, Best Picture, Best Editing and a Best Actor and Supporting Actor nods (for Mortensen and Ali respectively) at this year’s Academy Awards. Movies about race in recent years have generally been quite smart and nuanced in how they deal with such a complicated topic.

And this adaptation of a true account in someone else’s hands could truly have been inspirational. Yet Farrelly, Currie, and Vallelonga’s screenplay is riddled with problematic tropes and suffers from the age-old Hollywood problem of making a film about race but showing the world through the lens of its white lead.

In other words, Green Book’s simplistic take on racial discrimination is so kitsch that it is frankly shocking how much acclaim it has been getting. The film starts with our lead Tony (Mortensen) throwing the glasses– two black workers in his house drank from– in the trash, lest they infect his pure white mouth and then tries to paint him as a good but flawed man who should be commended for being nice to his black employer.

To be clear, I am simplifying the film quite a bit but that doesn’t excuse the movie from pulling off annoying scenes where our racist lead essentially teaches the African American pianist Don about black culture. The film is redeemed by excellent performances by Ali and Mortensen. Mahershala is slowly cementing his status as one of the greatest actors currently working and for all Farrelly’s flaws in Green Book he did choose the right man for the job.

Read more: Who votes for the Oscars, and how does it work?

Ali is patient, fierce, and his take on Don with regards to character’s public and private personas really allow the actor to show his range. But all that doesn’t excuse the film’s errors, Maurice Shirley the brother of Don has publically denounced the film and called it a “symphony of lies” so you can’t chalk the oddities in the movie as strange facts.

The film’s “odd couple” approach to its two leads doesn’t work as wonderfully as Farrelly thinks it does; it’s hard to excuse Tony’s criticisms of Don for being too cultured and play Don’s aloofness for laughs. Green Book’s mission to make a crowd-pleasing drama of an issue as complex as racial relations in the 1960s ultimately is a fool’s task and makes for a weak movie despite the strong performances.

Movies on women, for women, by women

PIA pays $7 million due to recover aircraft from Malaysia