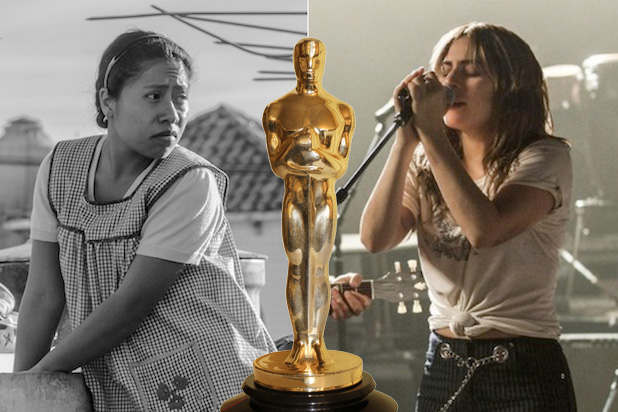 When A Star Is Born first premiered at film festivals around the world, the buzz around it was so strong that many were already betting on it becoming the Best Picture winner at the 2019 Oscars. Surprisingly, the buzz around it abated when the Warner Bros. film was beaten out by movies such as Bohemian Rhapsody, Green Book and Roma in award circuits time after time. Now, with the film scoring Best Picture as well as Best Actor, Actress and Supporting Actor nods for Bradley Cooper, Lady Gaga and Sam Elliot respectively, A Star Is Born has one last shot at being remembered as more than just the movie that landed pop star Lady Gaga a Best Actress nomination.

The film is a remake of the 1937 film by the same name, and this is the third time that A Star Is Born is being readapted for Hollywood. Previously, the movie was remade in 1954 and 1976 (with Judy Garland and Barbara Streisand taking lead roles) and most recently it was brought to life in Bollywood in the form of Aashiqui 2.

Like with Aashiqui 2, one big achievement of A Star Is Born is that it really does deliver on its promise of making a star actress out of its leading lady. In the 2018 movie, it is Lady Gaga being reborn as a serious actor who delivers a powerhouse performance both on and off the stage as Allie. Gaga plays the musically gifted ingénue to Cooper’s drunkard country music star in Bradley Cooper’s directorial debut.

The 2 hours plus musical drama has pretty much everything going for it, from sizzling chemistry and incredible acting to a soundtrack that you’ll have on repeat for weeks to come. A Star Is Born truly has the makings of a true classic. That is probably the reason why it has made so much money and been such a success critically.

The film has rightfully been nominated in 7 categories including Best Cinematography (Venom’s Matthew Libatique), Best Sound Mixing, and Best Original Song for Gaga’s successful hit Shallows. The film is often generic and it follows the previous renditions of the story to a T, with the big exception of director Bradley Cooper giving himself far material than any of the male leads in the previous movies.

Read more: ‘Spider-man: Into The Spider-Verse’, movie of the year

But regardless of that, and an ending that some may not find warranted, A Star Is Born soars due to Lady Gaga’s tour de force performance. The scenes where she is singing are truly electrifying and Gaga brings a raw, naked vulnerability to her stripped down Allie that makes her Best Actress nomination very deserving. Elliot, on the other hand, has far less to work with but as always he brings his A game, this time portraying Jackson (Cooper)’s the older brother.

It really is a shame that the Academy didn’t see fit to nominate Cooper for direction as well given what a splendid job he does with the movie. From the opening title shot, Cooper really shows off his skills as an extraordinary director, and nearly all of his creative decisions with the source material better the film. In this age-old story, Cooper finds new ways to liven up not only the two characters but the world around them, making A Star Is Born to seem both familiar and heartbreaking.