Bhutto was born to be ‘hanged’

Bhutto was hanged to death not for the alleged murder that he was accused of, but he deserved to die for the role he played in breaking up this country back in 1971. All three persons mainly responsible for the debacle of East Pakistan met a tragic end. 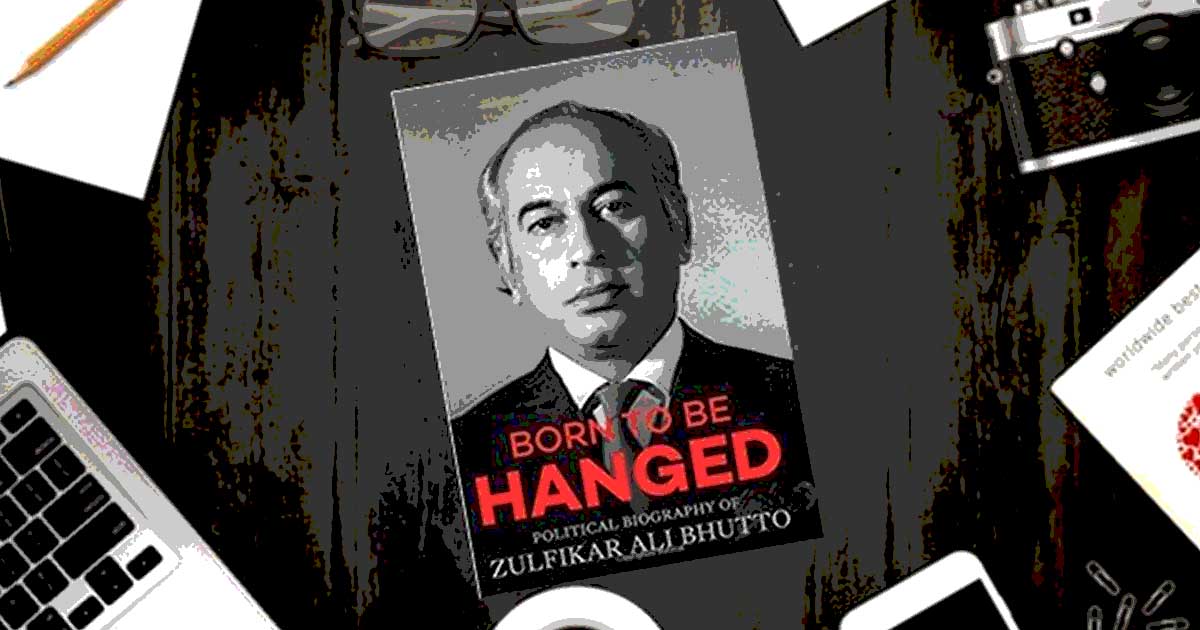 Sir Maurice James the British High Commissioner to Pakistan from 1962 to 1965 had this to say about Bhutto:

“Bhutto certainly had the right qualities for reaching the heights–drive, charm, imagination, a quick and penetrating mind, zest for life, eloquence, energy, a strong constitution, a sense of humor, and a thick skin. Such a blend is rare anywhere, and Bhutto deserved his swift rise to power…….

But there was — how shall I put it? a rank odor of hellfire about him. It was a case of CORRUPTO OPTIMA PESSOMA a flawed angel. I believe that at heart he lacked a sense of dignity and value of other people; his own self was what counted. I sensed in him a ruthlessness and capacity for ill-doing which went far beyond what is natural.

Bhutto was so popular that Jan Muhammad Abbasi would have lost his deposit, Bhutto was elected unopposed and the bureaucracy thought that this is what ‘sahib’ wanted and all the other Peoples Party chief ministers were elected unopposed

Except at university abroad, he was surrounded by mediocrities, and all his life, for want of competition, his triumphs came too easily for his own good. Lacking humility, he thus came to believe himself infallible, even when yawning gaps his own experience (e.g. of military matters) laid him – as over the 1965 war – wide open to disastrous error.

Despite his gifts, I judged that one day Bhutto would destroy himself — when, I could not tell. In 1965, I so reported in one of my dispatches from Pakistan as British High Commissioner. I wrote by way of clinching the point that BHUTTO WAS BORN TO BE HANGED. {emphasis added}.

I did not intend this comment as a precise prophecy of what was going to happen to him, but fourteen years later that was what it turned out to be”. MAN PROPOSES, GOD DISPOSES. HIS HANGING MAY NOT HAVE BEEN FOR THE ALLEGED MURDER BUT HE DESERVED TO DIE FOR HIS ROLE IN THE BREAK UP OF PAKISTAN.”

The first quality Bhutto sought amongst his minions was obsequiousness and ruthlessness on his behalf. His treatment of the irascible J.A. Rahim who was one of his mentors and was much older stripped, defiled and tortured along with his son in prison. Bhutto expected people to arrive punctually at his functions, I was at one where we were all seated waiting for him for two and a half hours.

I got up to help myself to get a drink and was warned by Yahyah Bakhtiar not to do so. Nor we were even allowed to use the washroom. At a certain function J.A. Rahim said that he was tired of waiting for the Maharaja of Larkana and stormed out. Bhutto then sent Saeed Ahmed his chief of security to beat up Rahim and his son and then dispatched to the tender mercies of Jam Sadiq Ali where they were kept naked together in the same cell, tortured and their bodies defiled.

According to Brian Cloughley in his book about Pakistan titled ‘War, Coups and Terror’ “over the years the political scene under Bhutto resembled that at the court of a particularly paranoid and malevolent Kabuli chieftain”. He asked Mustafa Khar to recommend the most depraved man he knew in the civil service to be DC Larkana to ‘fix’ his opponents; Mustafa Khar who later fell out with Bhutto recommended Khalid Kharal.

Indira was gunned down by her own Sikh bodyguards, Mujib by his own army in his house and most agonizing of all was that of Bhutto who waited for months on death row and had to be carried in a stretcher to the gallows in April 1979

Then came the elections and Khalid Kharal told ‘sahib’ that as he was so busy there so no need for him to conduct an election campaign in Larkana and would remove his opponent Jan Muhammad Abbasi of the Jamat-e-Islami so that he could be elected unopposed. There was absolutely no reason to do this.

Bhutto was so popular that Jan Muhammad Abbasi would have lost his deposit, Bhutto was elected unopposed and the bureaucracy thought that this is what ‘sahib’ wanted and all the other Peoples Party chief ministers were elected unopposed. Why Bhutto whom everybody thought to have enormous political sense agreed to Kharal’s proposal is beyond me.

The election lost all credibility; there was continuous social turmoil which Bhutto was unable to put down even by declaring partial martial law in some cities. Two Brigadiers resigned in Lahore rather than order their troops to fire on the protestors and particularly in Punjab when asked to do so their officers found that they were firing in the air as there was no relationship whatsoever to the number of rounds fired and the casualties.

Then Bhutto went on to choose his own hangman by appointing Zia as chief of army staff. He was the 6th junior most amongst the Lieutenant Generals. There are numerous stories about his obsequiousness before Bhutto. There is one I know for certain which is that when Bhutto visited Multan; Zia who was corps commander asked all the officers’ wives and families to stand outside their houses and shower rose petals on Bhutto’s cavalcade.

These two decisions by the ‘politically brilliant Bhutto’ led to Sir Maurice James prediction that ‘BHUTTO WAS BORN TO BE HANGED’ come true.

The fates saw to it that three main persons who were responsible for the tragedy of East Pakistan met a violent end. Indira was gunned down by her own Sikh bodyguards, Mujib by his own army in his house and most agonizing of all was that of Bhutto who waited for months on death row and had to be carried in a stretcher to the gallows in April 1979. Chaudhry Yar Muhammad the jailor said that this was not unusual the only exception being the religious fanatic who would kiss the rope before his execution.

Read more: The Electoral system of Uzbekistan is better than Pakistan

Who knew 40 years ago that it was now common for suicide bombers to kill themselves and others in a mistaken belief of their faith?

Kunwar Dilshad is the former Secretary to the Election Commission of Pakistan and worked in the organization for over 30 years. He is currently the chairperson for the National Democratic Foundation. The foundation’s work is to grow and strengthen democracy in Pakistan. The views expressed in this article are the author’s own and do not necessarily reflect the editorial policy of Global Village Space.

The problem with democracy in Pakistan – Farid A Malik