Crises unite the worst opposition leaders and that was witnessed when the to-be Democrat Presidential candidate, Joe Biden talked with US President Trump to discuss the coronavirus epidemic. The two had a meaningful exchange of words and afterwards thanked each other for the understanding and working together. 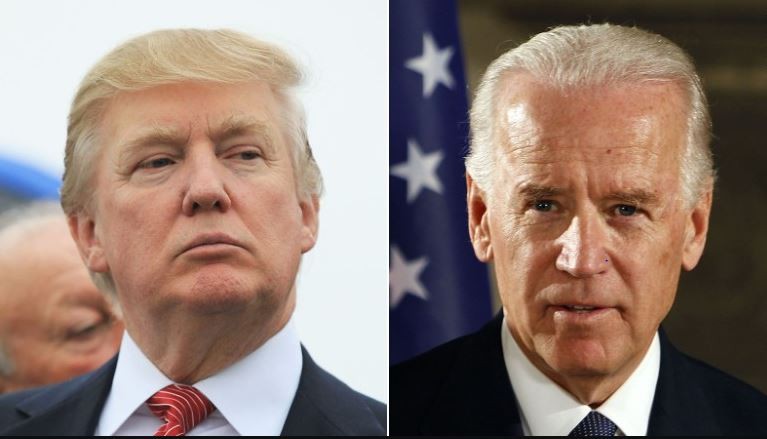 Democrat Joe Biden and President Donald Trump finally spoke by phone Monday, both sides confirmed, ending days of teasing and squabbling between the presidential election rivals to discuss the national coronavirus upheaval.
The call marked a rare moment of unity for the country seven months before election day and during frightening health and economic crisis.

“We had a really wonderful warm conversation,” centered on the pandemic, Trump said at a regular briefing by his coronavirus task force.

President Trump says he had a “really wonderful, warm conversation” with Joe Biden about the coronavirus outbreak. A top Biden campaign aide says it was a "good call" in which the Democrat gave Trump some advice. https://t.co/vTjlFmLPZT— The Associated Press (@AP) April 7, 2020

“He gave me his point of view and I fully understood that,” Trump said, adding they spoke for about 15 minutes. “I appreciate his calling.”

He also “expressed his appreciation for the spirit of the American people in meeting the challenges facing the nation,” she added.

The idea of a telephone call between Trump and Biden, who is self-isolating at home like much of the country, had been in the air for days.

Last week, Trump said he’d “love to speak with” Biden, adding, “I always found him to be a nice guy.”

On Thursday, Biden responded that he was “happy to hear he’ll take my call.”

But if Republican Trump sat all weekend by the phone, he was left disappointed — and by Monday morning the pair were back to trading barbs.

“Whatever happened to that phone call he told the Fake News he wanted to make to me?” Trump complained on Twitter.

Joe Biden wanted the date for the Democrat National Convention moved to a later time period. Now he wants a “Virtual” Convention, one where he doesn’t have to show up. Gee, I wonder why? Also, what ever happened to that phone call he told the Fake News he wanted to make to me?

Gone was the “nice guy” description — the tone was back to Trump’s default mode when it comes to Biden, whom he has claimed to be losing his mental faculties, smeared with corruption allegations, and nicknamed “Sleepy Joe.”

Mocking Biden’s suggestion that the Democrats may have to hold their nominating convention online if coronavirus remains a threat this summer, Trump insinuated Biden was dodging having to appear in public.

Hitting back on Twitter, Biden told Trump that whether the Democratic convention is safe to stage or not will “depend on you stepping up and doing what needs to be done to handle this pandemic.”

Despite the bickering, the two men still had each other’s numbers.

Is Pakistani media split or…??