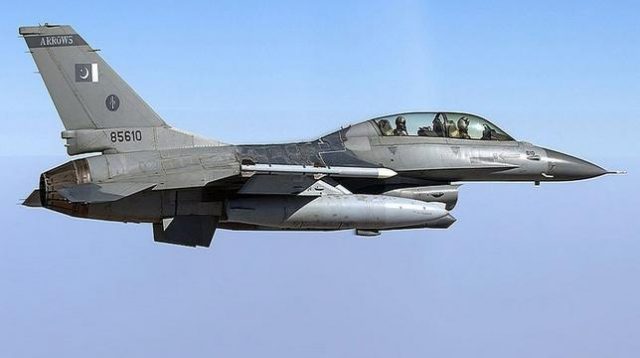 U.S Defense Department has confirmed that Indian claim of shooting down a Pakistani F16 is baseless after two U.S defense personnel have managed to complete the count of all the jets which were sold to Pakistan. The reason it took weeks to complete the exercise was the high alert which Pakistan Air Force (PAF) is on since the standoff with India at the end of February and all the F16s were not readily available for count down, said the U.S official.

As per the article posted on Foreign Policy magazine’s website, it was, in fact, Pakistan which asked the United States to carry out the check as per the end user agreement which allows the United States the discretion to such visits regarding the equipment it sells to other countries. Pakistan stands vindicated in this regard as it has been stating since the first day that Indian claim of taking down an F16 was nothing more than the concocted story.

Pakistan Air Force responded to Indian intrusion during the night by crossing Line of Control in broad daylight, and in return, India lost one confirmed jet, but Pakistan claims two Indian jets have been shot down.

The refutation to Indian claims comes just a few days before the elections where Modi led Bharatiya Janata Party (BJP) is looking to score votes based on the apparent victory over Pakistan in the recent round of skirmish. Contrary to the extensively repeated narrative, every Indian claim so far has been turned down via credible sources.

Starting from the huge death toll of hundreds of terrorists after Balakot intrusion and ending at the shooting down of F16, all of it has been proved wrong. But analysts believe that revelation at this point is not going to hurt the chances of BJP much to win a majority as a narrative of victory against Pakistan has been well-utilized using Indian mainstream media as most of it is owned by pro-government corporates giants like Mukesh Ambani.

Why Would Not Pakistan Use F16s Against India?

Pakistan Air Force responded to Indian intrusion during the night by crossing Line of Control in broad daylight, and in return, India lost one confirmed jet, but Pakistan claims two Indian jets have been shot down. It immediately resorted to hue and cry to Americans that Pakistan has used their provided equipment against an ally.

It was a strange and childish assertion as what becomes the purpose of a fighter jet if it cannot be used for national security. Defense and aviation experts of Pakistan kept saying that there is no such clause in the sale agreement of F16s which talks about the conditionality of their use.

But security concern of International Space Station (ISS) and its crew could not hinder Narendra Modi and he decided to use it anyway to gain more political advantage.

Pakistan, being a sovereign state, can decide when and how it is going to use these jets. The U.S defense official also endorsed that the fact and said, “It would be incredibly naive for us to believe that we could sell some type of equipment to Pakistan that they would not intend to use in a fight.”

Desperation at its Peak

Past few weeks have not particularly been good looking from the BJP government’s perspective as apart from making a fool out of naïve public from fabricated lies, everything has gone against India’s way. When Modi was still under the fire for the recent tactical blunder of taking on Pakistan militarily, it went ahead and shot down a satellite of its own to showcase its power.

It was a well-known fact that India possesses the ability since 2012 and the only reason it was not tested was that it would unleash deadly space debris. But security concern of International Space Station (ISS) and its crew could not hinder Narendra Modi and he decided to use it anyway to gain more political advantage. As a result, India’s move was admonished and censured from all the major countries who have a stake in the space exploration and non-militarization of space.

Now that all Indian claims regarding teaching Pakistan a lesson have been debunked, and defense experts predicting that the tensions are not over from Indian side, the chance is still there that Modi might go for another misadventure against as the elections are just days away. But if political and military brass of India was wise enough, it would not go for reescalation as this time the world knows what lies ahead.

Ronaldo follows in the footsteps of Messi