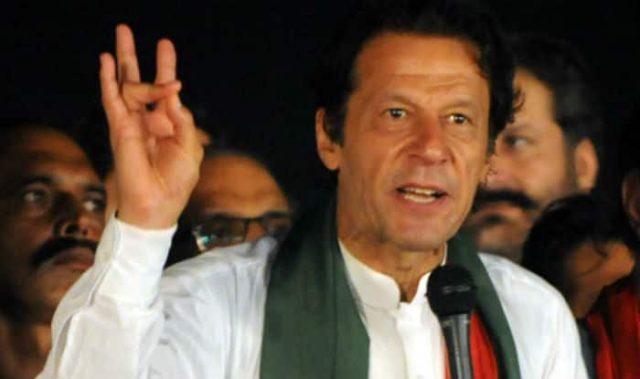 Prime Minister Imran Khan addressed the country in a televised address on the recent escalation of tensions between India and Pakistan after Pakistan shot down two Indian aircraft earlier today, Wednesday 27th February 2019. PM Khan said that Pakistan had offered complete cooperation for any form of investigation that the state of India wanted to carry out after the Pulawama tragedy.

PM Khan said that Pakistan itself has suffered at the hands of terrorism with tens of thousands of casualties in the past decade. PM Khan said that still, he was afraid that India might trigger an escalation due to the upcoming elections as anti-Pakistan rhetoric is the biggest seller in Indian political spectra.

The Prime Minister also said that Pakistan had not responded to the attack on Monday night because Pakistan wished to assess the damage first “It would have been a diplomatic disaster if we had attacked without any damage inflicted by the Indian side”. PM Khan further said that Pakistan has shot down two MIGs that crossed the Pakistani airspace on Wednesday morning, “We have the pilots”.

The kind of weapons we [Pakistan and India] possess, can we afford a miscalculation?” the PM said. Prime Minister Imran Khan then made another peace offering in an appreciable move “I ask you again, to resolve this through dialogue. We cannot afford to go to war. Let’s resolve this amicably”.

Can PPP convince Akhtar Mengal to go against government?

The Government of Pakistan wants to put taxes on Facebook, Google