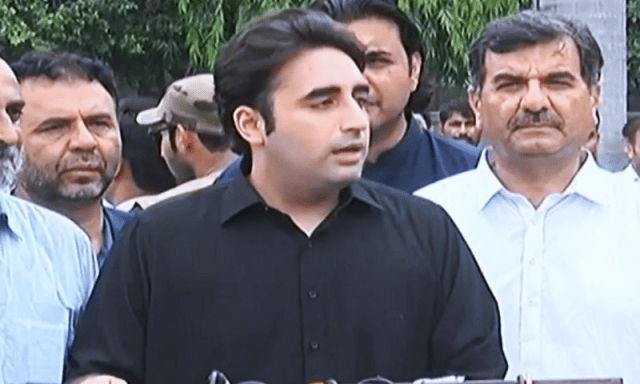 The chairman of Pakistan People’s Party, Bilawal Bhutto, critiqued Imran Khan upon his ways of competing in elections.

Bilawal warned that Imran will fail miserably, warning that if he believes to go down this road and will face counter conspiracies along the way.

On Wednesday, 18th July, while conversing with some men from local media, in regard to the election campaigns, he said that “Imran Khan cannot become PM through conspiracy. If he is so confident about his popularity, then why does he run away from fair and transparent polls”, further adding that “People of Punjab like PPP’s ideology and Imran Khan knows that he cannot compete against us in the elections.”

Son of the deceased Benazir Bhutto, Bilawal Bhutto stated he will be competing in the 2018 elections for the first time, “I have come to Punjab. And our journey is not restricted to the elections, only. In fact, PPP’s ideology is liked by Punjab, therefore, PPP will fight what ideological crisis prevails in Punjab”

He continued to raise questions directed at Imran Khan, by directly addressing him as a person who is trying to escape the fair and transparent elections. In addition, he asserted how Pakistan Tehreek-i-Insaf, Imran Khan’s party, was receiving support from other institutions even though he claimed to have the support of many people. He analyzed that this indicated, that Imran Khan felt threatened and his popularity is a farce.

Assessing Imran Khan’s strategy, he further underlined that Imran Khan was undergoing a delusion, that he will become the next PM of Pakistan through some conspiracy. Bilawal warned that Imran will fail miserably, warning that if he believes to go down this road and will face counter conspiracies along the way.

Bilawal promised to bring in evidence against such conspiracies at the hands of Imran Khan.

When asked about PPP’s manifesto, Bilawal said, that it was different than the one presented by the Pakistan Muslim League (PML-N) and PTI which focused more on economic policies of the country. Rather than focusing on the economic policies, he would support in targeting the grassroots by approaching the bottom of the pyramid with PPP’s, Eradicate Hunger Program and focus on all sectors in the country.

Presuming, that efforts are underway to forge puppet alliance, he stated that contesting elections by proscribed outfits is an insult to that of the system of democracy.

He held that people come out, in order to cast votes forcefully, and it is their right to cast a vote through exercising their free will, for whosoever they may want.

Highlighting his policies, Bilawal said that he will focus on people-friendly policies over country politics and that he is against banned political parties contesting in the upcoming elections.

Previous article“PML-N and PPP have broken all records of corruption,” says Imran Khan
Next articlePTI university claims shunned by HEC

Imran Khan: Does Not Hold Any Grudge Against Ailing Nawaz Sharif