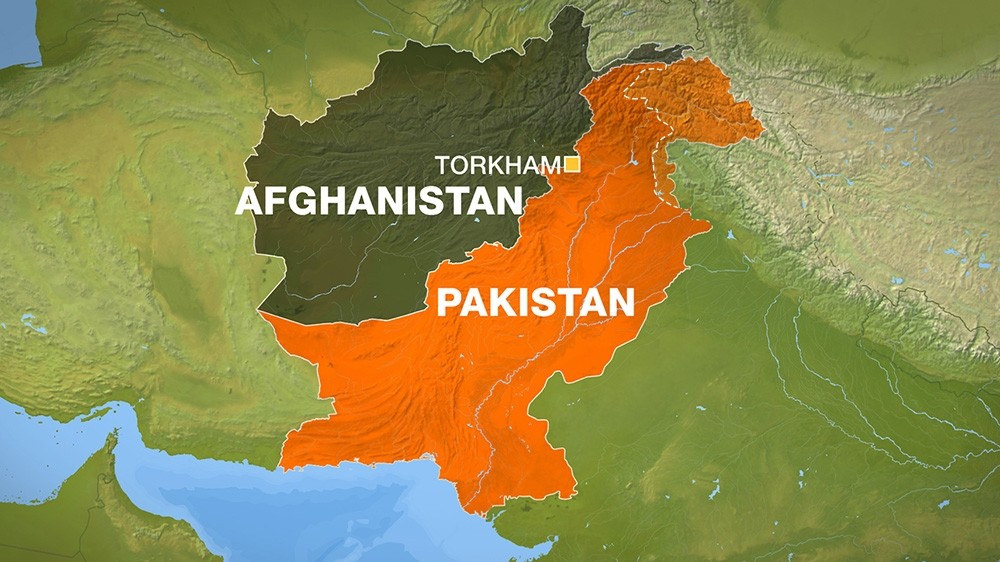 China is running full-steam ahead with multi-tier diplomacy to create a synergy of thought and action among regional countries as part of its intense focus on the realization of its ambitious One-Belt, One-Road (OBOR) initiatives. It believes that the objectives would be hard to achieve if political conflicts kept regional countries at loggerheads. Stability and development require peaceful neighborhoods.

Beijing also feels that peace between Pakistan and Afghanistan and intra-Afghan dialogue for reconciliation within Afghanistan is the key to the OBOR flagship China-Pakistan Economic Corridor (CPEC) initiative.

China, which is still struggling with many social problems, poverty and economic disparities in various parts of its own turf, is ostensibly anxious to get as many neighbors on board as possible to collectively overcome these challenges — both in and around China. Detractors call this westward expansion. Beijing prefers to peg it as an attempt to share the dividends of economic development with other developing countries for the simple reason that China will prosper only if its neighborhood is stable and benefiting from its trade and development.

Recent interactions with Chinese officials, academics and intelligentsia offered insight into how they clearly see a more integrated Asian region as the key to the success of their OBOR initiatives. Beijing also feels that peace between Pakistan and Afghanistan and intra-Afghan dialogue for reconciliation within Afghanistan is the key to the OBOR flagship China-Pakistan Economic Corridor (CPEC) initiative. This is why, using ministerial, bureaucratic, and civil society channels, Beijing is working hard to convey both to Afghanistan and Pakistan that they must mend fences.

They acknowledge that Afghanistan is a “tragedy country” which is still facing problems because of external players. The Chinese leadership is also vocal about the external influences on Afghanistan. We believe that no outside power should use Afghanistan as a tool to target a third country, they say. One of the recurring pieces of advice that China offers Afghan friends is to realize that their tragedy will continue as long as other nations are influencing their policies.

Resumption of peace talks and their success would largely hinge on patience and confidence accompanied by some “attractive conditions” to soften the hardline position taken by the militants.

These officials and experts take note of the keenness of Afghan leaders to steer their country out of a cycle of violence and economic adversity. But, they underscore, we all need to ponder about who is the criminal behind Afghanistan’s continuing tragedy. Chinese intelligentsia calls the Taliban “the legacy of historical events” and says that they are “people who belong to Afghanistan and hence [should] be treated as such.”

Increasingly, the emphasis is on the revival of talks; Kabul’s refusal to talk to the Taliban or the insurgents’ own disinclination to engage in a peace dialogue hold no promise at all for the people of Afghanistan, officials say. The attitude of the Kabul government and the Taliban is the crucial pivot for the revival of the reconciliation process. Resumption of peace talks and their success would largely hinge on patience and confidence accompanied by some “attractive conditions” to soften the hardline position taken by the militants.

Chinese officials and academics believe that common enemies i.e. terrorist outfits such as Daesh, Al-Qaeda, ETIM and IMU, TTP, organized crime, poverty, and economic backwardness make it instructive for both Kabul and Islamabad to sit down and iron out their differences, remove misunderstandings and refrain from a blame-game.

Chinese officials acknowledge that Afghanistan is still struggling to contain the Taliban insurgency while Pakistan has scored some success against terrorist outfits through its sustained military campaign Zarb-e-Azb operation that began in June 2014.

Beijing, it seems, is also ready to also host and support an unofficial quadrilateral mechanism i.e. Afghanistan, Pakistan, China and the Taliban if it could prove to be helpful. It, however, hopes that the Moscow initiative would lead all critical stakeholders to some political agreement.

China has indicated its readiness to mediate between Pakistan and Afghanistan too. Yet, the attitude of these two countries would determine the nature and extent of the Chinese involvement in such a process, officials caution. They remind visitors from both countries that if China could move on and promote trade relations with politically hostile countries such as the United States, Japan, and India, why can’t Pakistan and Afghanistan pursue the same path of engagement through economics instead of holding everything hostage to their political disagreements? If the two countries share history, ethnicity, culture, religion, and borders, why not pursue shared destinies i.e. political stability and economic development?

Read more: Pakistan and Afghanistan have no choice but to fight against terrorists together

Both countries, they say, have suffered extensively because of terrorism. Both want an end to the violence and both want to revive their economies. Chinese officials acknowledge that Afghanistan is still struggling to contain the Taliban insurgency while Pakistan has scored some success against terrorist outfits through its sustained military campaign Zarb-e-Azb operation that began in June 2014.

This provides a good foundation for all three to join hands against common enemies regardless of what “external spoilers” say or do. What is important for all three of us is to be on the same page and be clear on our objectives, officials emphasize. Patience and perseverance should serve as the enabler of a conducive and constructive engagement, is the message out of Beijing.

Qatar stands for peace in Afghanistan

Why is UN nowhere to be seen in Afghanistan?