Boris Johnson decides that schools will be partially reopened for children, which prompts furious debate in Britain, with experts advising against the move. Britain is the second worst hit country in the world, after the United States, and fears are growing that the contagion would be exacerbated by schools reopening. It is a though time for the British government, which has not seen a moment of peace after the Dominic Cummings scandal. 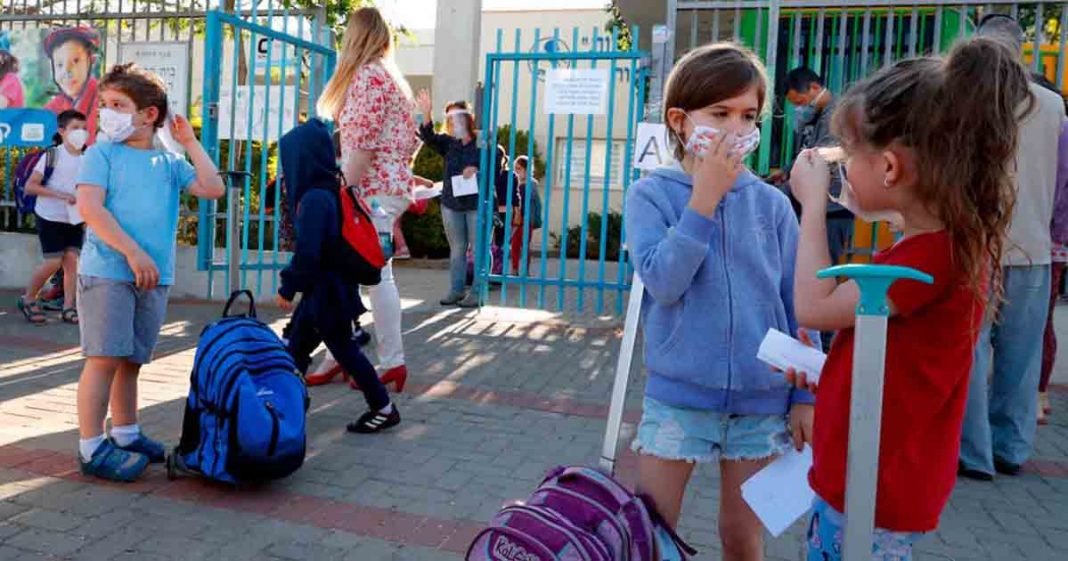 Britain partially reopens schools on Monday and allows the most vulnerable to venture outdoors despite warnings that the world’s second worst-hit country is moving too quickly out of its coronavirus lockdown. The government maintains that a decision of this magnitude was arrived at after careful thought and planning, but debates on the appropriateness and the timing of the decision still continue unabated.

A death toll that now officially stands at 38,489 has piled political pressure on Prime Minister Boris Johnson, who was elected in December with a big majority.

Boris Johnson: Out of the frying pan and into the fire

Johnson spent much of the past week stamping out a scandal sparked by his chief adviser’s decision to drive to a picturesque castle with his family while everyone was under orders to limit outdoor exercise to an hour a day.

Dozens of members of Johnson’s own party joined a failed effort by the opposition to get Dominic Cummings fired for undermining the government’s public message on health.

The furore over Cummings appears to have abated but concern about Johnson’s handling of the crisis remains.

His public support has suffered the sharpest fall for a Conservative party leader in 10 years — nine points in a YouGov poll and 21 points in a survey for the Daily Mail.

Yet the mood in Britain is clearly improving as the number of daily deaths drops. Parks and beaches have been filled for two successive weekends in what has been one of the driest springs in over 100 years.

Johnson has set out a timeline that will see younger children start returning to school on Monday and older ones on June 15.

The government is also allowing those most at risk of suffering serious consequences from the virus to spend time outdoors for the first time in two months.

Do you agree schools should reopen in a controlled manner as per Govt intentions, or stay closed as decreed by Unions & subject to further #Covid19UK assurances/H&S protocols?

“I do not underestimate just how difficult it has been for you,” Johnson told the 2.2 million Britons who fall into the extreme risk category.

The UK government has also been encouraged by the positive experience of other European countries that have started to return to something resembling the old way of life.

But critics argue that the so-called R rate of transmission — estimated nationally at between 0.7 and 0.9 — was still dangerously close to the 1.0 figure above which the virus’s spread grows.

The R rate estimates the number of people one infected person passes the virus to.

Several members of the government’s scientific advisory group have warned that restrictions were being lifted prematurely.

We may be lucky, we may not understand transmission, sunshine, temperature outdoors may make a difference, TTI may work, we may be wrong – let us hope so. Images of 30 May and memories of an image from 15th March https://t.co/CXCgG0A6oo pic.twitter.com/BMjgO2xknM— Jeremy Farrar (@JeremyFarrar) May 30, 2020

The group has more than 50 members and disagreements are to be expected — although public criticism of the government’s policies from its own advisers is relatively rare.

The scientists are not the only ones to express concern.

National Education Union co-leader Mary Bousted said the government has had to revise its school reopening guidance 41 times since mid-May.

There were “things they had forgotten, things they didn’t know, and things they got wrong (and that) had to be added in”, Bousted told Sky News.

“We have a government who (teachers) think is just making it up as it goes along.”

The schools will only start reopening in England because each of Britain’s four nations follows its own health guidelines.

Scotland is waiting until August and Northern Ireland is eyeing September, while Wales is still making up its mind.

A poll by the Early Years Alliance education charity found that only 45 percent of the parents whose schools are opening are ready to send their children to class.

Schools must reopen because no education is ‘hurting the poor’

But communities minister Robert Jenrick said a return to school was essential because a lack of classes and lunch provision was hitting disadvantaged families especially hard.

“All of the evidence suggests that it is children from the most deprived, the poorer households who are losing out,” Jenrick said Sunday.

“I don’t want that to continue.”

Coronavirus: The situation so far

As of today, the global number of people infected by the Novel Coronavirus and suffering from the associated diseases COVID-19 has crossed 6.15 million. There have been 372,000 deaths associated with the disease. A statistic to take heart from is the fact that 2.64 million people suffering from COVID-19 have recovered.

COVID-19 associated lockdowns have caused a slowdown in the international economy, with experts saying that it will shrink by as much as 6% this year. Estimates do not show it recovering before 2022.
AFP with additional input by GVS News Desk

Why did Gen. Asim Bajwa step down as SAPM?