UK MPs hold the government and Prime Minister Boris Johnson chiefly responsible for inadequate testing across the country. They say it has caused Britain to become one of the worst-hit countries in the world. The government has meanwhile announced an increase in capacity. 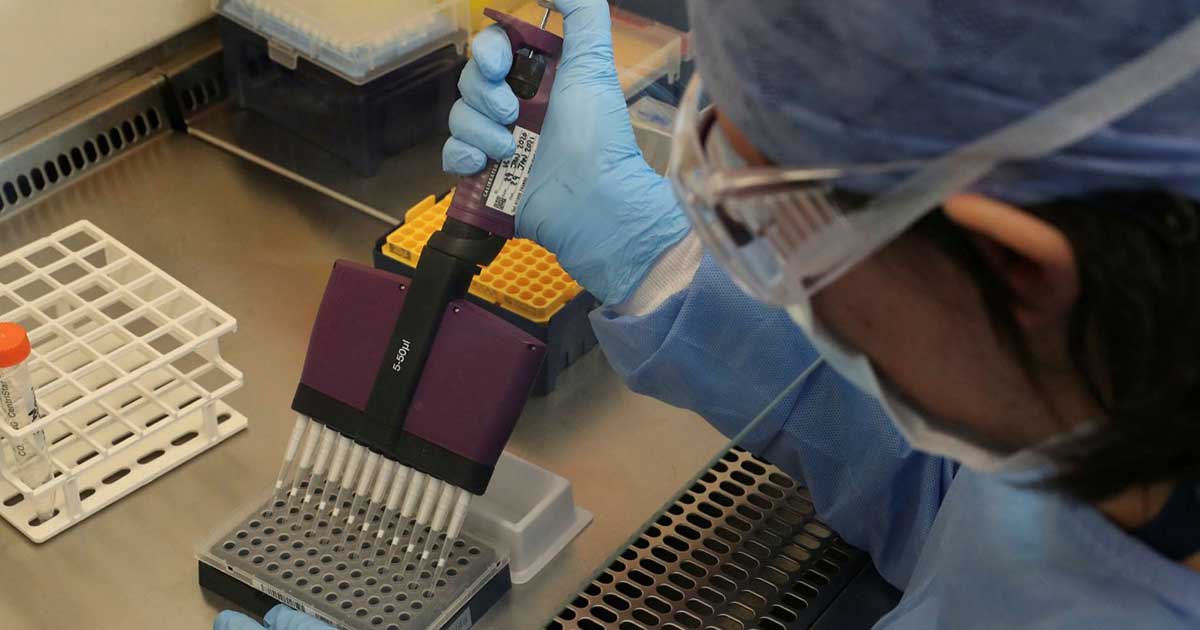 British lawmakers on Tuesday heaped fresh pressure on the government for its handling of the coronavirus outbreak, calling its testing regime “inadequate” in the early stages.

Prime Minister Boris Johnson has been criticised for his initial response to the global pandemic, and has faced weeks of pressure about the availability of tests for the virus.

The country has seen 34,796 deaths — the second-highest toll in the world behind the United States — and 246,406 cases, according to the latest figures.

But despite a recent surge in daily tests and the expansion of eligibility, MPs on a parliamentary committee said: “Testing capacity has been inadequate for most of the pandemic so far.”

“Capacity was not increased early enough or boldly enough. Capacity drove strategy, rather than strategy driving capacity,” they said in a 19-page letter to Johnson.

The findings by the House of Commons science and technology committee come after six sessions of evidence involving scientists, public health experts and government advisers, which also looked at other countries’ responses to the virus.

On Sunday, Britain carried out 100,678 tests for coronavirus, but only 1,215 tests were carried out on March 10 — just two weeks before a nationwide lockdown was ordered and as cases spiked.

MPs said there was “consensus… that testing capacity has been too low”.

Spread of coronavirus in care homes

The government has also come under sustained pressure about the spread of the virus in care homes, and the testing of frontline health and social care workers.

Official data published last week indicated that more than 12,500 deaths of care home residents were linked to the virus.

The committee said abandoning community testing on March 12 left care home residents and workers unable to get tests “at a time when the spread of the virus was at its most rampant”.

The failure by government body Public Health England to publish its testing policy was “unacceptable for a decision that may have had such significant consequences”, it added.

Health Secretary Matt Hancock, who maintains care homes were a government priority, on April 2 announced that 100,000 tests a day would be conducted by the end of that month.

MPs said that was “more of a personal initiative by the secretary of state” than a decision based on public health or scientific advice.

But they suggested that having that capacity could have given the government “more options” at an earlier stage of the pandemic.

Lack of testing capacity was also a factor for the decision to stop contact tracing on March 12, the committee said.

Hancock has made an army of contact tracers a key part of a new approach to tackling the spread of the virus, alongside wider community testing and the roll out of a smartphone app.

He announced on Monday that 21,000 contact tracers have been recruited, and testing has been expanded to include everyone aged five and over with symptoms.

The government aims to use data from all three sources to inform its easing of lockdown measures, including the partial reopening of schools.

It’s got nothing to do with the constitution…it’s about protecting people from a dangerous virus. And as a matter of fact, the ‘stay at home’ message remains in place in 3 of the 4 UK nations – Scotland, Wales and NI. https://t.co/UyC2tq7sEr

While British Prime Minister Boris Johnson aimed to gradually lift the coronavirus-enabled lockdown, Scottish First Minister Nicola Sturgeon exhorted her population to stay home and emphasised that she did not see a lifting of the lockdown in Scotland earlier than 28th May.

There is Still Time: WHO Urges Countries to Share Data on Corona Virus

How will developing countries deal with Coronavirus outbreak? UN answers