Budget to be approved amidst opposition’s loud protests

As the final voting process over the Finance bill 2019 moves underway in the National Assembly, the opposition took the floor to protest over the “anti-people” budget proposed by the PTI-led government. Minister for Revenue Hammad Azhar silenced the opposition by quoting hard facts and figures exhibiting the incompetence of the former governments. 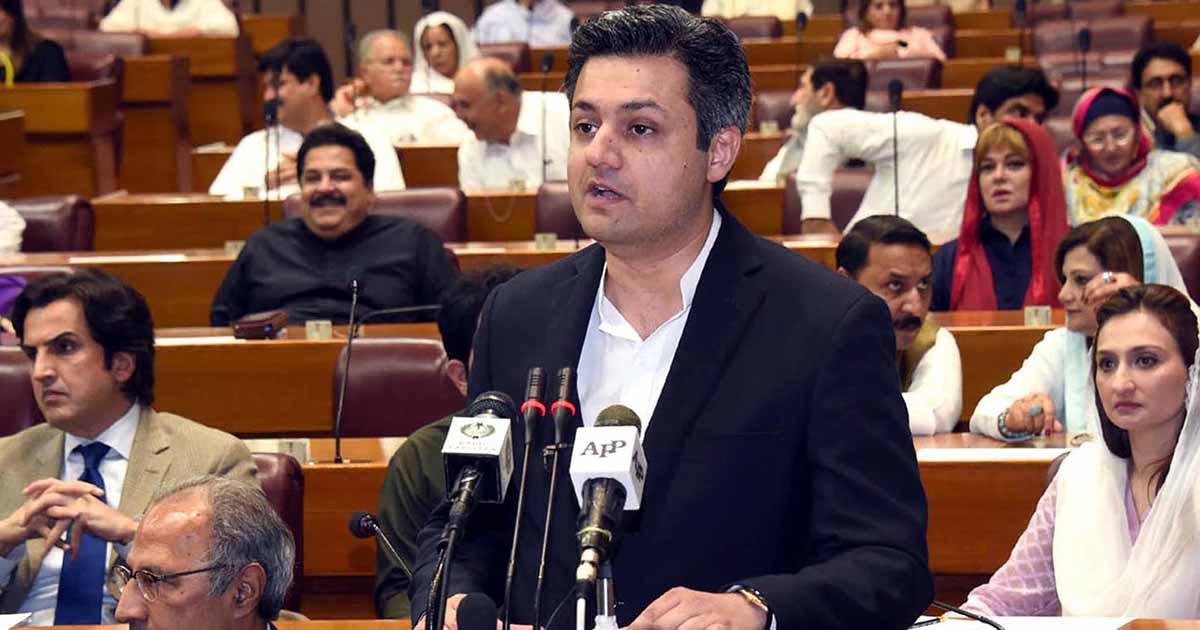 The National Assembly has begun voting for the proposed budget for the fiscal year 2019-2020. The lower house rejected all the cut motions put forward by the opposition parties on Thursday, and the Finance bill is expected to get a clearance from the NA today.

Before the final vote occurred, the opposition claimed yet another opportunity to protest against the budget, and the majority of the opposition members arrived in the Assembly wearing black bands on their arms. Shahid Khaqan Abbasi, former Prime Minister, and senior PML-N leader stated, “We completely reject this anti-people budget”.

The Pakistan Muslim League-Nawaz leader rejected the federal budget lamenting that the government’s incompetent measures have allowed the rupee to devaluate beyond belief. As a result, Pakistan’s debt serving needs to be increased by Rs.1400 billion.

Hammad Azhar stressed that the incumbent government is leading the economy towards stability, while the previous governments are responsible for the current economic situation.

Taking the floor of the NA, Abbasi mentioned, “Our debt servicing has increased without increasing the debt. If this continues in this manner, by next year, our debt servicing will rise up to Rs4000 billion.”

Shahid Khaqan Abbasi, who is currently facing NAB cases in multiple corruption cases, expressed that the PTI government’s proposed finance bill has halted the progress of the nation by increasing taxes by another 40%. “How will the economy progress and what will become of the poor? They will suffer badly due to this taxation increase.”

Abbasi stated that ministries should understand that “name calling and anger will not resolve matters.” He added, “There are strategies to address the problems according to the Constitution. We reject this budget on grounds that it is anti-people, and will mark the decline of our economy.”

Terming the budget as “anti-people, anti-education and anti-poor”, PML-N leader Ahsan Iqbal deplored that the proposed finance bill has reduced the budget of education. He added that the incumbent government must retract the budget as it will be a catalyst for poverty and unemployment.

Ahsan Iqbal took the floor and commented that despite Pakistan being an agro-based economy, the proposed budget does not offer any relief to farmers. He added, “If the prime minister intends to steer the country towards bankruptcy, the nation does not need an enemy. This anti-growth budget will be the cause of unemployment, poverty, and underdevelopment.”

Hammad Azhar stressed that the incumbent government is leading the economy towards stability, while the previous governments are responsible for the current economic situation.

The Minister of Revenue Hammad Azhar moved the Finance Bill 2019 to provide the legal effect to the budget proposed for the fiscal year 2019-20.

He added that the PML-N government compromised the economic stability in the last two years of its tenure, highlighting that the Foreign Exchange Reserves declined by $10 billion in the last one and a half year, while the current account deficit rose to an alarming $20 billion.

The Minister for Revenue added that the incumbent government has succeeded in reducing the current account deficit by 20%, while the trade deficit has been reduced by $4 billion. Hammad Azhar said, “For the first time in the history of Pakistan, we have cut down civil expenses by 5%”.

Despite the criticism and racket created by the opposition, Hammad Azhar’s voice rang loud and clear, as he informed the house that the previous PPP and PML-N led governments had left the economy with a circular debt of Rs1140 billion, while the PTI-led government’s pilferage drive has boosted the revenues from both, power and gas industries.

Responding to the issues raised by the opposition, Hammad Azhar rejected the claims of taxes imposed on essential household products, including fruits, vegetables, ghee, and meat, and maintained that the taxes were only imposed on “exotic vegetables and fruits.”

Read more: Approved budget to be shared with IMF by July 1

The Minister of State informed the house that the current inflation rate is 9%, whereas, during PPP’s tenure, the inflation was soaring at 24%. He added that during the past decade, the tax to GDP ratio grew a mere 2%, and the PTI-led government aims to boost this ratio by 4% within the next three years.

Hammad Azhar stressed that the democratic values of the PTI-led government and the impartial and unprejudiced attitude of the Speaker can be gauged from the fact that the House held a detailed discussion and listened to the opinions of its 250 members. The Minister of Revenue Hammad Azhar moved the Finance Bill 2019 to provide the legal effect to the budget proposed for the fiscal year 2019-20.

23 July 2021
Previous articleUS deal of the century is actually STEAL of the century
Next articleStop ‘destabilizing’ UK, May to Putin

Sindh’s Education Budget has more money but is it going anywhere?