Bushra Bibi is more than a mother to me: Noor Bukhari

An internet user had asked her about her relationship with Bushra bibi. 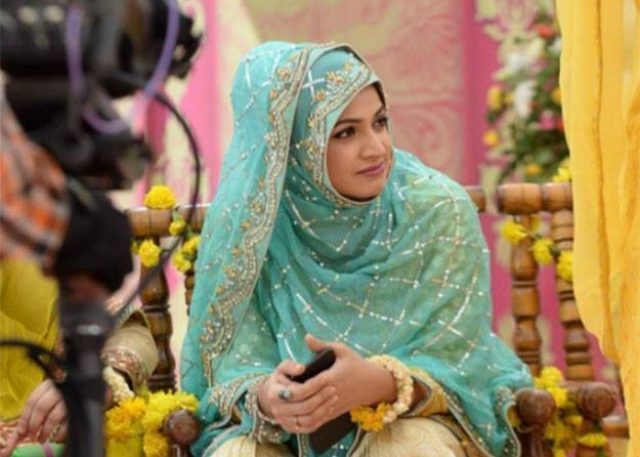 A few years ago, Bushra bibi and Noor Bukhari were spotted together in a Holy Mosque in Makkah while performing Umrah. The picture was widely circulated on social media.

However, there were rumors that Bushra Maneka has arranged Noor’s marriage with her former husband. Khawar Maneka was earlier married to Bushra Maneka. The two divorced in 2017 after which Bushra Maneka tied the knot with PTI chief Imran Khan.

Allegedly Bushra Maneka has been influential in transforming the life of Noor who was devastated after the dissolution of her fourth marriage with Wali Hamid Ali Khan, son of famous singer Ustad Hamid Ali Khan. Spiritual guide Bushra Maneka motivated Noor to bid farewell to the entertainment industry and follow a religious path.

On the other hand, Aun Chaudhary, Noor’s former husband, too, traveled along with Imran Khan and Bushra Maneka for Umrah and few people anticipated that Noor has tied the knot with Aun Chaudhary.

She explained, “I am surprised by the interest that everyone is showing in my marriage – that too with a man who is my father’s age. How can I marry a man that is old enough to be my father?”

“Nowadays, whenever I attend any public event or family gathering, people keep associating me with Khawar and wish me luck for my marriage to him. I don’t understand why they don’t realize that the man is a lot older than I am and I cannot be with such a man.”

Noor shared, “I want to clarify that I have no plans of getting married yet. In the past, whenever I tied the knot, I told the media and the public. I never had to hide it from anyone even though people in the showbiz industry tend to conceal such matters.” She continued that her daughter is growing up and she is more focused on her future.

“If anyone is interested in my marriage or my well-being, please associate my name with someone who is young and suitable instead of Khawar,” she said in conclusion.