Bushra Bibi: the most searched person in Pakistan 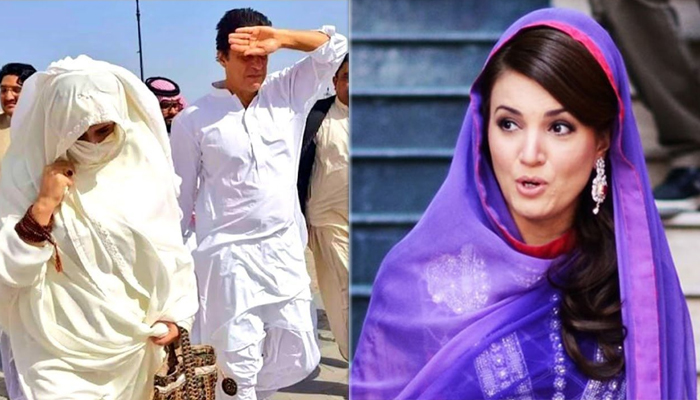 Pakistan’s First Lady Bushra Bibi is the most searched person online in Pakistan. The latest list Google Trends have revealed the results. Prime Minister Imran Khan’s wife was the most trending person in Pakistan.

Bushra Bibi tied the knot with Imran Khan, the chief of Pakistan Tehreek-I-Insaf earlier this year. She is the third wife of cricketer-turned-politician Imran Khan.

PM Khan while addressing the public at the 100-day ceremony of Pakistan Tehreek-I-Insaf’s government praised Bushra Bibi for being his staunch support. PM Khan said Bushra Bibi had remained steadfast during the difficult first 100 days of the government.

“I want to give credit to Bushra, as in these 100 days I took only one day off and want to praise her for such a difficult life during the last 100 days,” said PM Khan

Singer Meesha Shafi secured the third position in the list. Meesha Shafi came in the spotlight after she levelled serious allegations of sexual harassment against the pop singer and national icon Ali Zafar.

The allegations coming from Meesha Shafi against Ali Zafar baffled the people of Pakistan and the entire entertainment industry. Meesha Shafi attempted to break the glass ceiling in Pakistan for the ongoing Me Too movement against sexual harassment.

Pakistan also extensively searched Reham Khan, the second wife of Pakistan Tehreek-I-Insaf chief Imran Khan. They both tied the knot in 2014 the marriage, however, could not last long and the couple parted ways within a year of their marriage.

Reham Khan, however, gained massive traction on media for her autobiography book that maligned the top leadership of Pakistan Tehreek-I-Insaf including PM Khan. The book hit the shelves before the General Elections 2018.

Takes a Thief to catch a Thief: Is it true for Pakistan?