By 2080, Washington D.C. climate may feel like Deep South 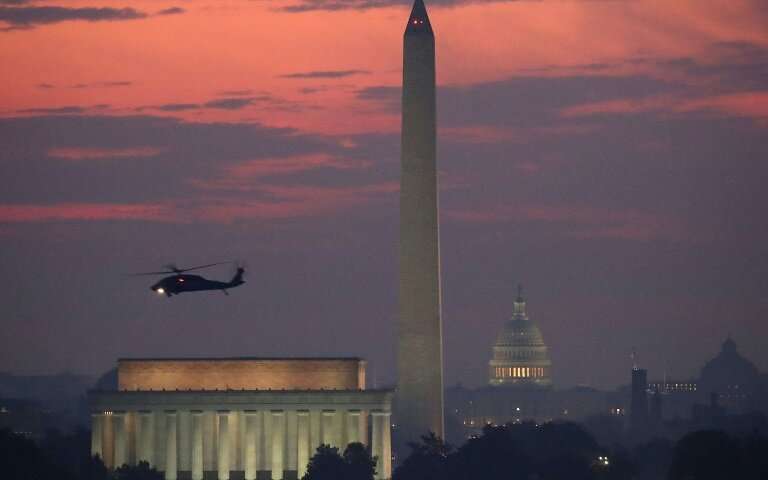 In a single generation, climate patterns will shift hundreds of kilometres in the United States, according to a study tracking the northward drift of hotter climes brought on by climate change and global warming. In two generations, or sixty years, the US capital will become as muggy as Memphis or Jackson, Mississippi, if current trends continue unabated.

For a preview of Tampa, Florida’s climate in 2080, think Guatemala, researchers said Tuesday in the peer-reviewed journal Nature Communications. Researchers mapped likely changes in 540 US cities — home to 250 million people — over the next 60 years under two greenhouse gas emissions scenarios.

Asian tiger mosquitos and the West Nile virus, for example, have already begun a northward march in both North America and Europe.

If planet-warming gases continue to pour into the atmosphere at present rates, they calculated, climates will shift on average 850 kilometres (500 miles) as the crow flies. Urban dwellers in the United states today, in other words, would have to drive — mostly southward — nearly 1,000 kilometres to get a taste of what their home town will feel like in 2080.

“Within the lifetime of children living today, the climate of many regions is projected to change from the familiar to conditions unlike those experienced in the same place by their parents, grandparents, or perhaps any generation for millennia,” said lead author Matthew Fitzpatrick, an associate professor at the University of Maryland Center for Environmental Science.

If humanity manages to curb carbon pollution enough to cap global warming at about 3C (5.4 degrees Fahrenheit), the shift would be less dramatic, but still measured in hundreds of kilometres. Fitzpatrick authored the report with Robert Dunn of the University of Denmark.

Global warming is already a destructive reality, amplifying droughts, flooding, heat waves and superstorms, especially in poorer countries most vulnerable to its ravages. But for many people in temperate North America and Europe — sheltered by climate-controlled environments — that reality has yet to sink in, surveys have shown.

For a preview of Tampa, Florida’s climate in 2080, think Guatemala, researchers said Tuesday in the peer-reviewed journal Nature Communications.

The 2015 Paris climate treaty aims to hold the rise in global temperature to “well below” 2C, a goal that may be out of reach, say some scientists. Even under the more hopeful scenario, “climate in North American urban areas will feel substantially different than they do today,” Fitzpatrick said.

Broadly speaking, the same holds true for Europe, where some parts of the continent will become hot and drier while others will see far more rainfall and humidity. In the United States, much of the eastern seaboard from Boston would shift toward subtropical climates, while parts of the west and southwest would become more desert-like.

“Some people might interpret these changes as an upgrade in their city’s climate and maybe that is a small positive,” Fitzpatrick told AFP. “However, it comes at the cost of a number of potentially severe secondary effects,” he added. “These include increased food prices, water shortages, increased cooling demands, coastal flooding, extreme climate events, arrival of pest organisms, and more disease.”

Asian tiger mosquitos and the West Nile virus, for example, have already begun a northward march in both North America and Europe.

Nor did the study take into account additional warming caused by the so-called “urban heat island effect,” which can add several degrees to average temperatures, raising the risk of death from heat strokes. In 2003, there were more than 70,000 deaths across Europe due to a severe heatwave.

US treaty with Native Americans put to test in Supreme Court

US train derails after over speeding