By nominating Usman Buzdar, Imran Khan has commenced the age of common man! 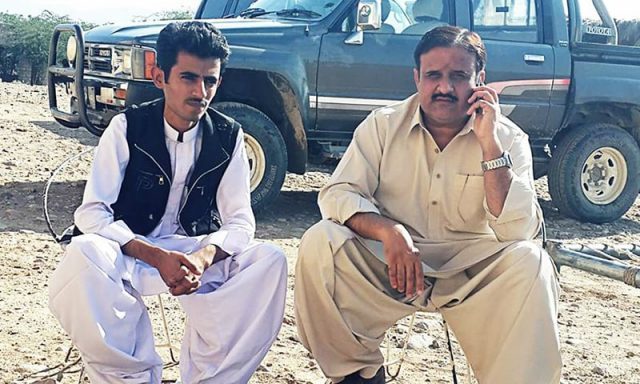 Had the Charles Dickens been alive, and had he been aware of the tragedies of our national affairs, and were he to be presented with the news of Usman Buzdar, a man of origin humble and upright, from a place remotest in the province, of traditions unaccustomed to favours from the great, being elevated to the prestigious seat of Chief Minister of the province, Punjab, he would have been astonished, so much so that he would rather have phrased his famous lines from his ‘Tale of Two Cities’ for Pakistan as, “[In Pakistan] it was the best of times, it was the age of wisdom, it was the epoch of belief, it was the season of light, it was the spring of hope, [it was the era of rights], [the people] had everything before [them],  [they] were all going direct to Heaven,— in short, Pakistan had gained position too mighty to crush and that the people were united at a time when the unity was most required.”

Since the time the young generation of the country has taken their first breath, they have not seen waters so calm, the landscape so green and the winds so enchanted. Doesn’t the environment that is running into hopes and joys draw our attention to one of the most curious features of the country’s history, namely that even as the burgeoning of the country’s foreign debt continues to gain momentum and the attitudes of some leaders grow harsher, the country’s electoral process and democratic system as a whole is displaying a surprising capacity for evolution and deliverance? We need not to wonder, though, as Imran Khan is a figure of change on the national politics.

Imran Khan has gained strength. In the long run, however, he is vulnerable. This combination of strength in the present and vulnerability over the longer term would inform us his handling of the growing regional schism in the province.

Before the advent of the PTI on the national scene, the people were generally leading a self-contained and conventional life and were accustomed to choking clutches of dynastic rule. They had no idea of what the government of the people actually mean. However, the PTI’s years-long political campaigning and now its remarkable victory in the general election have given the people the meaningful knock that will help to awaken them from their stifling slumber. The success of Imran Khan in implementing his policies and bringing reforms, which he will very much galvanize, will further kindle a wave of empowerment that will set corners of Pakistan on fire.

Among many of Imran Khan’s key decisions, one is to place Usman Buzdar, a man of honour and integrity, at the highest position of power in the Punjab province. At the very best, such headlong appointments would surely tilt the balance of power within the Punjab’s governance system to the people’s advantage, for, the more the government is administered by simple, straight, and agreeable persons the more it will be inclined to serve the people. All this is, in the depth of it as well as at its core, a good news for South Punjab.

Read more: Will Sardar Usman Buzdar be the next CM Punjab?

But in the country, it has also given rise to some nagging doubts. There are some voices who question the integrity of his political career, especially the way he has seemingly been switching his loyalty from one political party to another. The problem with such analyses is that they treat the trajectory of the political career of Usman Buzdar in isolation: it’s rather an essential part of a larger array of arrangements that span the whole of South Punjab, the region to which he belongs. Take his decision to quit the PML-Q and contest the election on the PML-N ticket in 2013 (which he couldn’t win though). He wasn’t alone in this exercise, the whole of South Punjab more or less did so. And as the PML-N failed to deliver on its promise of creating a separate province, and as the general mood of the electorate in South Punjab grew more querulous, a large group of politicians parted off their ways with the PML-N and formed Junoobi Punjab Sooba Mahaz. Usman Buzdar was among its members.

And it was one great decision – a decision that really dented the strength of the PML-N and led it to face a humiliating defeat in the national polls, from which it will, probably, never recover. It is also important to understand South Punjab: it always favors the bravest and the kindest: once it was Zulfiqar Ali Bhutto, then her daughter, Benazir Bhutto, and now Imran Khan. What happened in the election of 2013 was an aberration, not part of a pattern. South Punjab helped the PML-N rose to the provincial and national seats of power, a decision which it later regretted. So, in the 2018 election, in order to seek redemption, it fixed the problems it once helped spread: the PML-N is but hardly to be seen in South Punjab.

Funny though it may seem that the nomination of Usman Buzdar has caused many to run a plethora of diagnostic tests, and make evaluations to offer insights into his leadership ability, or a lack thereof. The simple reason to refuse these efforts is they are overly analytical, and completely subject to bias. Ulterior motives are in play, of course. Why did Imran Khan nominate Usman Buzdar, ignoring many others? First, no one has been ignored to give way to Usman Buzdar; second, the arguments that the CM should be from Central Punjab or at least a strongmen are essentially flawed.

The success of Imran Khan in implementing his policies and bringing reforms, which he will very much galvanize, will further kindle a wave of empowerment that will set corners of Pakistan on fire.

Second, and more importantly, for a party like the PTI, with no strings attached to dynastic or conventional politics, managing Punjab would require a teamwork. Punjab doesn’t need a strongmen rule; it needs a combination that constellates in a way to provide an effective and efficient leadership. A constellation that comprises of Imran Khan as the PM and the party’s head; Ch Sarwar as the Governor; Pervaiz Elahi as the Speaker, only requires a person like Usman Buzdar as the CM to adorn and complete it.

A major reason for Imran Khan’s willingness to nominate Usman Buzdar lay rather in an understandable resolve to empower South Punjab: The PTI has won a sweeping victory in South Punjab and enjoys unchallenged superiority. Why should he let the superiority dilute and abandon the excellent position in which he has been placed, when it’s among the assets he needs to hold high? There is so much at stake in South Punjab; the party’s collapse there is the last thing be digested.

Therefore, most of the doubts about Usman Buzdar, a person whose family has a long tradition of bravery and courage, of willingness to confront pain, danger, and uncertainty, are unfounded. What’s matter more is that the party won’t face the dilemma of ‘what if’ with Usman Buzdar. And importantly, the more Imran Khan uplifts South Punjab, the more he will be able to free himself from other pressure.

The elevation of Usman Buzdar, rather to his own surprise, will make Imran Khan and the PTI more in control. With Usman Buzdar at the helms of the affairs in the province, Imran Khan’s policy and vision are secure – at least until his government continues. Though a complete novice in key administrative affairs, Usman Buzdar is a highly effective parliamentary politician. It would be easy, should a need arise, for Imran Khan and the party’s senior leadership to steer or, if required, remodel policies. Imran Khan’s strategy and the commitment to the democratic deliverance would receive new impetus. In the medium and the longer term, IK’s future and that of his policy looked more certain.

South Punjab helped the PML-N rose to the provincial and national seats of power, a decision which it later regretted. So, in the 2018 election, in order to seek redemption, it fixed the problems it once helped spread: the PML-N is but hardly to be seen in South Punjab.

The news of the nomination of Usman Buzdar as the future CM of Punjab has borne an especially warm character and is instrumentalizing to constitute new proof of Imran Khan’s special relation and love for the people. It is a decision that will generate new arrangements and effect the ‘change’ in the socio-economic and political spectrum of the province and hence, the country. The value of such decision for the creation of a welfare state is already proven, if one brings into the discussion the examples of the developed countries.

For the complete part of his Chief Minister-ship, he would show admirable loyalty to the Party’s agenda. He doesn’t have stomach for power and therefore won’t submit to intrigues, back-the-door talks or to devious plans. And this is what the PTI’s CM Punjab should be.

However, the nomination of Usman Buzdar doesn’t mean that a general contention for a separate province would grow less probable, not even would it do for the foreseeable future. The hard fact is that it will merely cloak the reality for a brief moment only of a deepening structural antagonism between the province’s different regions. And as the latter contention is true, therefore, Imran Khan must step forward as soon as it takes to initiate the process of formation of a new province, based on criteria purely administrative.

Presently, Imran Khan has gained strength. In the long run, however, he is vulnerable. This combination of strength in the present and vulnerability over the longer term would inform us his handling of the growing regional schism in the province. If he isn’t going to push for the creation of the new province, then like so many of the decision-makers caught up in this conundrum earlier, at another day and at another time perhaps, Imran Khan would feel that he was working against the clock.

Note: The way the systemic attempts are being made to assassinate the character of Usman Buzdar is condemnable. It’s igniting fires and causing the divide to spread. We must resist it.

Asia Bibi’s Verdict: How the TLP & the rest are reacting