Populist leaders focus more on identities which help them to acquire and maintain legitimacy. Will PM Modi continue to marginalize Muslims in India to appease his extremist supporters? 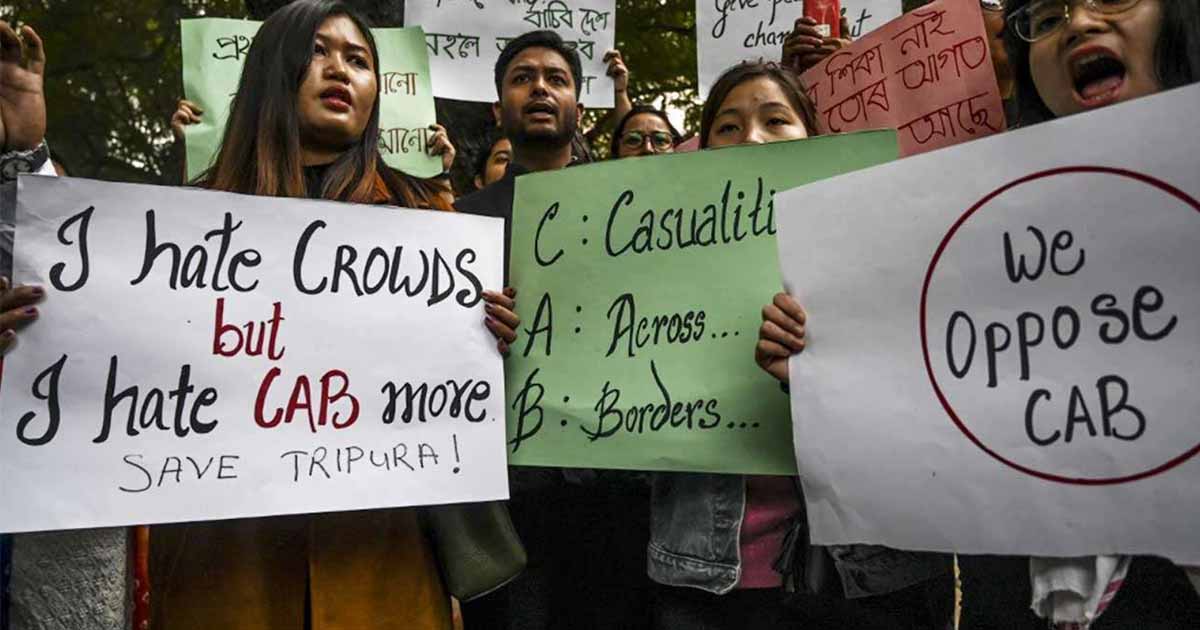 Muslims, civil society and public intellectuals along with main opposition parties continue to protest against an “unconstitutional” constitutional amendment to the Indian constitution. In the latest development, more than 1,000 members of India’s LGBTQ community and other rights groups have marched in the capital, New Delhi, to protest against the Citizenship Amendment Act (CAA).

The protesters on Friday marched from a square in central New Delhi to Jantar Mantar, a popular site close to the Indian Parliament that witnesses dozens of protests on various issues every week. Waving rainbow flags, the protesters carried placards and shouted slogans, such as “We want freedom from fascism” and “Save the constitution”.

The CAA is an attack on the Indian constitution. Anyone who supports it is attacking and attempting to destroy the foundation of our nation

Muslim groups and activists fear the Modi government, through the passage of CAA – which the United Nations also called “fundamentally discriminatory” – and a planned National Register of Citizens (NRC), is forcing people to prove their citizenship in order to consolidate its Hindu base.

"#Queer people are either disowned by their family or forced to leave homes. How would they acquire the documents that are necessary to prove #citizenship?"@AJEnglish @BilalKuchayj @hrw @HRC #LGBTQ #HumanRights #CAA #NRC #Mod #India #Asia https://t.co/zQXwugZNkm— Center For Security, Race and Rights (@RUCSRR) January 3, 2020

Recently, Modi’s government also announced a National Population Register (NPR) exercise, which many fear is a precursor to a nationwide NRC and would serve as its database.

A statement by the organizers said they “unequivocally reject” CAA, NRC, and NPR. “This process, which claims to identify illegal immigrants, is highly problematic as it treats every Indian citizen with suspicion,” it said.

“The combination of NRC and NPR will force each person to prove their citizenship, thus disproportionately putting at-risk people from the marginalized communities. From those who are left out of the lists, the CAA will only offer relief to non-Muslims in India,” the statement added.

According to CAA, six minorities including Jain, Sikhs, Hindus, Christians, Parsis, and Buddhists from three neighboring countries Pakistan, Afghanistan, and Bangladesh are eligible to get citizenship of India if they have lived for six years in the country.

These lists exclude Muslim immigrants who have entered the country the same way as other non-Muslims immigrants. This bill amends the citizenship acts of 1995. It is the first time that India has used religion as a legal basis for determining nationality.

We, the People of India reject the Citizenship Amendment Act.

Protests across the country tomorrow on the martyrdom day of Ashfaqullah Khan and Ram Prasad Bismil, 19th December.

Here is a list of some of the cities: pic.twitter.com/hBQ7pNuSYU— Umar Khalid (@UmarKhalidJNU) December 18, 2019

Opposition parties condemn this bill saying it “unconstitutional and unprecedented”, as never before religion became the basis of any law in the Indian constitution. Further, they fear that it will marginalize the Indian 200 million Muslim population since it is discriminatory and exclusionary in nature.

Protest against CAA: Where do political parties stand?

Chidambaram from the opposition party said the government was “wrecking and demolishing India’s secular constitution”. The bottom line of all criticism is that this bill is not in line with the Indian constitution in fact it is the negation of the creation of India.

Rahul Gandhi Congress leader opposing CAA “The CAA is an attack on the Indian constitution. Anyone who supports it is attacking and attempting to destroy the foundation of our nation.”

But political commentators like Yogendra Yadav believe that this bill is nothing but “discriminatory” and it is not about protecting the minorities from other countries, it is to tell Muslims that they are second rate citizens in India.

People in India are protesting against the bill and drawing horrible analogies that these current constitutional changes are a sad reminder of Nazi black laws which too were created against the Jews minorities.

Analysts believe that the current Indian government is pursuing a policy of appeasement since it has failed to perform on economic fronts. Saleha Anwar, a Lahore-based political analyst, believes that “India under Modi has become a battlefield between Muslims and Hindus sending economy on second in the list of priorities.

This is likely to be the biggest challenge for the Indian liberal and secular voices to maintain order in a highly diverse and complex society. Treating 200 million people as minority, that too vulnerable, may adversely impact India’s current political settings.

The emerging trends in India offer us sufficient amount of evidence that the rise of identity politics in India is to overshadow Modi’s dismaying economic performance. This is wrong with identitarian politics in the age populism.”

Similarly, while commenting on the state of the economy, Indian writer and human rights activist, Arundhati Roy notes that “while Modi has delivered on Hindu nationalism, he has stumbled badly on the free-market front. Through a series of blunders, he has brought India’s economy to its knees.

In 2016, a little over a year into his first term, he announced on television that, from that moment on, all 500 and 1,000 rupee banknotes—over 80 percent of the currency in circulation—had ceased to be legal tender.

Nothing like it had ever been done on such a scale in the history of any country. Neither the finance minister nor the chief economic adviser seemed to have been taken into confidence.

This “demonetization,” the prime minister said, was a “surgical strike” on corruption and terror funding. This was pure quack economics, a home remedy being tried on a nation of more than a billion people. It turned out to be nothing short of devastating. But there were no riots. No protests.

People stood meekly in line outside banks for hours on end to deposit their old currency notes—the only way left to redeem them. No Chile, Catalonia, Lebanon, Hong Kong. Almost overnight, jobs disappeared, the construction industry ground to a halt, small businesses simply shut down”.