Can air pollution raise risk of death and heart diseases? 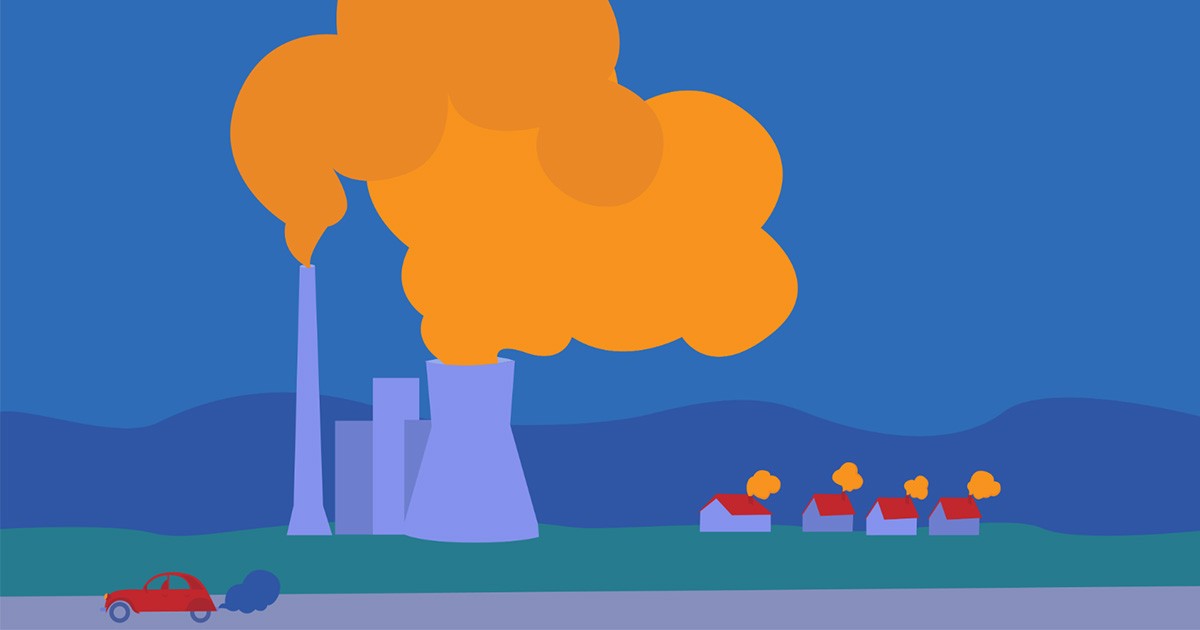 Studies have linked air pollution with the risk of developing a range of conditions, from neurological disorders such as Parkinson’s disease and Alzheimer’s to diabetes and atherosclerosis, which is the hardening of the arteries.

What Is air pollution and how can it damage the heart?

Air pollution refers to the release of pollutants into the air that are detrimental to human health and the planet as a whole. Clean, dry air consists primarily of nitrogen and oxygen—78 percent and 21 percent respectively, by volume.

The vital blood vessels which supply the heart with its oxygen and nutrient supply. Exposure to pollutants can also predispose individuals to experience irregular heartbeats.

Recent studies show that the ultrafine particles found in polluted air can pass into a person’s bloodstream and travel to the heart, where they can cause an inflammatory response. This may reduce the ability of the heart to pump blood effectively to the body, raise blood pressure, and diminish blood flow through coronary arteries – the vital blood vessels which supply the heart with its oxygen and nutrient supply. Exposure to pollutants can also predispose individuals to experience irregular heartbeats.

For instance, early last month, Medical News Today reported on a study by researchers at the University at Buffalo School of Public Health and Health Professions in New York, which linked long-term exposure to air pollution with the risk of atherosclerosis in six cities across the United States.

Now, the same lead author, Meng Wang, has carried out similar research in China, making this new study the first to examine pollution and coronary artery calcification among Chinese adults. Wang and team set out to examine whether “air pollution and proximity to traffic” correlate with coronary artery calcium score, a key marker of atherosclerosis.

Atherosclerosis refers to the buildup of plaque inside the artery walls, which, over time, may lead to serious cardiovascular conditions, such as high blood pressure, heart disease, and heart attacks. Wang and team published their findings in the journal JAMA Network Open.

Air pollution is even more harmful to our health than scientists thought. A new study shows particle pollution is aging our lungs faster than normal. 😷 https://t.co/4jTNMCxJV9— NRDC 🌎🏡 (@NRDC) July 12, 2019

Wang and colleagues examined data on 8,867 Chinese people aged between 25 and 92 years. The participants all had suspected coronary heart disease, and the team recruited them in 2015–2017.

The researchers assessed the coronary artery calcium and coronary heart disease score of each participant and excluded anyone who had had a myocardial infarction (heart attack), stenting procedure, or coronary artery bypass surgery in the past. They also excluded those for whom the data on risk factors and exposure to pollution were insufficient.

In the new study, the researchers also estimated the participants’ proximity to traffic, looking at the distance of their residences from nearby roads.

Wang and team estimated the annual levels of pollution at the participants’ residences by calculating their nitrogen dioxide, ozone, and fine particulate matter levels using a standard geostatistical prediction model. In this case, fine particulate matter (PM2.5) describes particles with an aerodynamic diameter smaller than 2.5 micrometers that are very easy to inhale.

Particulate matter, or particle pollution, refers to “a mixture of solid particles and liquid droplets,” including “dust, dirt, soot, or smoke,” that can be present in the air and that a person cannot see with the naked eye. In the new study, the researchers also estimated the participants’ proximity to traffic, looking at the distance of their residences from nearby roads.

“This is a preliminary study in a way, but the findings and implications were too important not to get the information out there.”

“This finding should contribute to an understanding of air pollutant effects worldwide, providing both much-needed, locally generated data and supportive evidence to inform the air pollution standard-setting process on a global scale,” comments Wang.

After Decades of Research, Science Is No Better Able to Predict Suicidal Behaviors