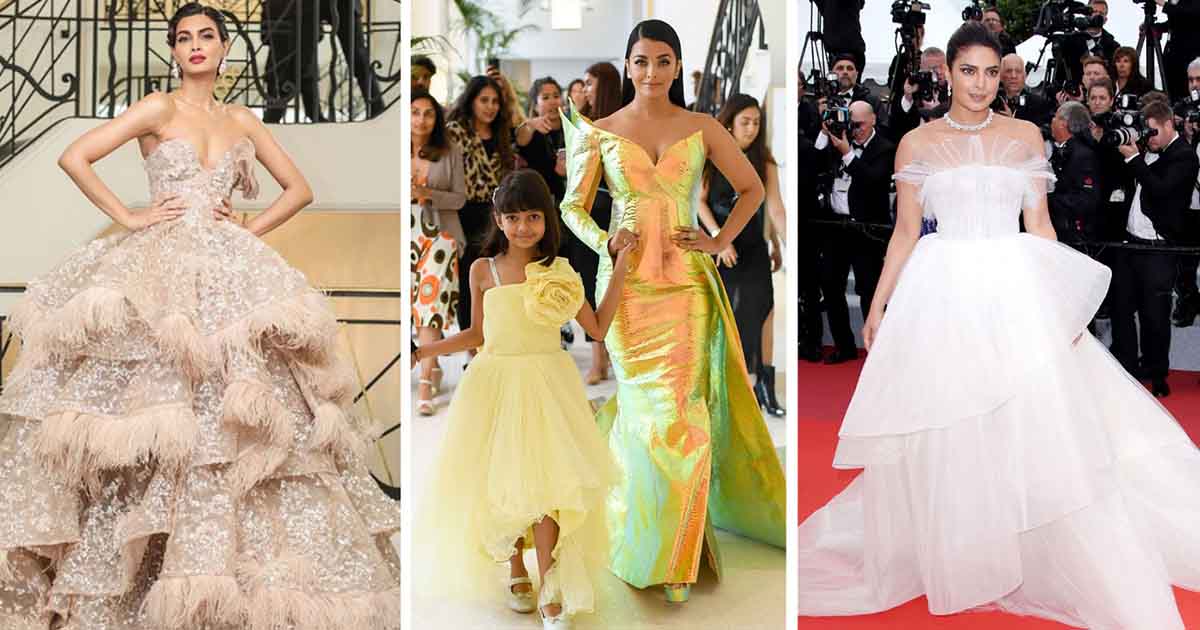 It may be bold and booming but Bollywood needs a fresh approach if it wants to gain traction at the world’s top film festival in Cannes, a leading Indian actress says.

Although Bollywood’s beauties maybe turning heads with their extravagant sartorial statements on the red carpet at Cannes, Indian movies have been glaringly absent from this year’s lineup.

Since the festival began in 1946, Indian pictures have walked away with several major prizes. But it has been decades since the last one was shown in the main competition.

Speaking to IANS, Bollywood Filmmaker Onir raised some important questions about Bollywood’s performance at Cannes this year. He questioned, “What are we supposed to celebrate about Cannes 2019? The cinema that’s being celebrated or just the clothes our actors wear and the parties they attend? Somehow that is all that seems to be talked about.”

And of the 1,845 feature films submitted for the official selection this year, not a single Indian movie made the cut. Which is a shame, says 32-year-old actress Huma Qureshi, who believes it is time to start pushing the boundaries of cinema in India, which last year churned out more than 1,800 films more than any other country on Earth.

“It’s unfortunate that we don’t have an Indian film at Cannes this year,” she told AFP as she donned an elaborate ruffled silver-grey gown by designer Gaurav Gupta for the red-carpet premiere of Terrence Malick’s “A Hidden Life”.

“The kind of films that come to Cannes are very niche in India because it’s not the quintessential Bollywood film.”

Bollywood Showcased Nothing But Glamour

Although there have been a lot of Bollywood films competing over the years, Indian cinema’s main focus has been on big-budget hits rather than the more nuanced, art-house pictures that tend to gain traction at Cannes and other international festivals.

“We’re so obsessed with box office numbers that it will be a long time before that will really change,” said Qureshi, who was born to a Muslim family in New Delhi and who first came to Cannes in 2012 with her debut feature “The Gangs of Wasseypur”.

“I don’t think we have the budgets or the willingness for people to actually invest in these kinds of films. We are still more interested in making the quintessential Bollywood film that’s essentially where the market is right now.”

But that needs to change, she says. “We have to create a space for small independent films to thrive and grow, and until that happens, we cannot sit back and say: ‘We didn’t have a film this year’. Because where are the films we’re producing that are actually going to have a shot at Cannes or Venice or any of these kinds of festivals?”

National Award-winning filmmaker Madhur Bhandarkar, while speaking to IANS, lamented that it was “unfortunate” that Bollywood did not have an actual presence at the gala. However, he noted, “The jury decides what movies should be shown, and we should respect what they want. We should be proud because people have taken India seriously in terms of our cinema, our digital content… People are watching Indian cinema in a big way. They know our stars very well.”

Bhandarkar stated that Bollywood films are making tremendous profits overseas, however, in order to get their films approved by the Cannes jury, it is important to Indian filmmakers to provide “Cannes velue” by following the footsteps of Satyajit Ray and Ritwik Ghatak.

With so many mainstream Bollywood actresses heading to Cannes, the annual 12-day extravaganza creates a real buzz in the Indian media with its heady mix of high fashion, luxury brands and excellence in film.

And as more popular actors and producers have been going to the festival, things have started to shift. “With the spotlight on Cannes, there’s a definite interest. And there’s a big movement that’s emerging in India, a new wave of people who are looking at different films and a different kind of content,” Bollywood actress Huma Qureshi said. “These are very interesting times.”

And she should know. Next month, Netflix releases a six-part Indian thriller called “Leila”, in which Qureshi plays a mother desperately searching for her daughter in a dystopian future world obsessed with purity, where people are segregated according to caste, class and religion.

“I’m somebody who tries to pick interesting characters and I like to sink my teeth into these intense roles,” she grins. “It’s such a specific India story, which is, of course, fictional, but I feel it will find an audience and resonance the world over.” For now, though, the small screen can wait.

“The first time I saw myself on the big screen was in a theatre over here which is why I love Cannes,” she says, recalling her first visit nine years ago. “First films are special and your first film to come to Cannes is even more special.”