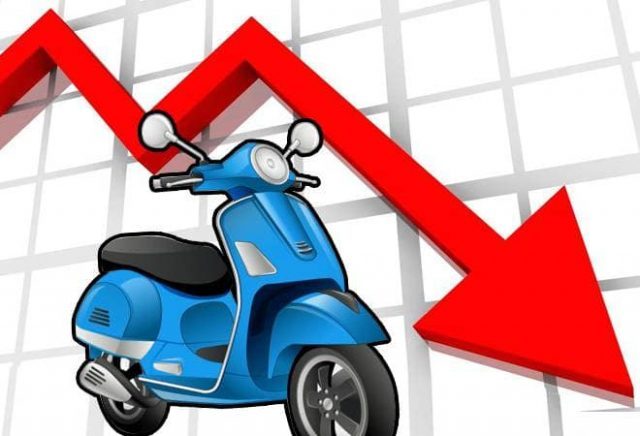 The Auto industry is on a continuous upward trajectory. Sales of locally assembled automobiles, including jeeps and light commercial vehicles, increased to 22,380 units in March 2018, up 9% compared with 20,505 units in the same month of the previous year, showed data released to the press by the Pakistan Automotive Manufacturers Association (Pama) on 11th April.

A nominal decline of 1% was recorded in March 2018 when compared with February despite normal working days in the month, indicating a slowdown in demand growth as first quarter of the calendar year was generally a robust period for auto sales, said research house Topline Securities in its comments on the data.

Motorcycle and three-wheeler sales in March 2018 and 9MFY18 rose 27% and 19% respectively due to rising disposable income of the lower middle class.

“A change in import procedure, availability of auto finance at lower rates and demand from online ride-hailing services contributed to the demand in March,” said Topline analyst Rai Omar Basharat.

Pakistan’s auto industry has been off to a good start in 2018, GVS earlier reported. According to a production versus sales data compiled by Pakistan Automotive Manufacturer’s Association (PAMA), local assemblers sold 23,700 units of SUV’s, Sedans and CUV’s in January 2018. This is a 13 percent climb compared in a year-on-year analysis with the corresponding month in 2017. According to statistics, this was the highest monthly unit sale recorded for the start of the year, which is usually not as progressive.

Commentators attribute this growth to taxation policies, buying power and the ever growing demand from online cab hailing services, Uber and Careem. Online cab hailing services have made a serious mark on the auto industry in the past two years. From Suzuki resorting to halt production of the Wagon R in light of a backlog of orders to a whopping 30 percent raise in 1000cc and below cars, Uber and Careem seem to have affected a lot of areas. Cumulatively, industry sales during the seven months of the fiscal year 2018 posted 29 percent growth to 147,838 units.

Adding the next months to the data, the industry sales in first nine months of the current fiscal year 2017-18 exhibited 22% growth to 192,734 units.Honda Atlas Cars (HCAR) outperformed its peers, posting 41% growth in sales on a year-on-year basis and 19% on a month-on-month basis.

“These are the highest monthly sales in the history of the company at 5,344 units due to the success of recently revamped City, strong demand for Civic and rebound in sales of sport utility vehicle BRV,” the analyst added. Nine-month sales for HCAR were up 39% at 39,013 units.

A nominal decline of 1% was recorded in March 2018 when compared with February despite normal working days in the month, indicating a slowdown in demand growth as first quarter of the calendar year was generally a robust period for auto sales.

Sales of Pak Suzuki Motor Company (PSMC) slowed down after eight months of double-digit growth. “Sales only grew 4% on a year-on-year basis in March 2018 as price-attractive models exhibited flat sales, but demand picked up for high-price variants Cultus, up 14% and Swift, up 13% year-on-year,” he said. PSMC’s sales for 9MFY18 were up 27% to 107,294 units.
Read more: Pakistani auto-industry thrives during 2017!

Toyota’s Indus Motor lagged behind peers with a decrease of 2% in sales year-on-year and 14% month-on-month as it continued to face capacity constraints, though 9MFY18 sales were up 1% on a year-on-year basis.Tractor sales continued to be on an upward trajectory with sales growing 15% in March 2018. Al-Ghazi Tractors outperformed other manufacturers with 23% growth.

“We foresee this trend to continue fuelled by CPEC (China-Pakistan Economic Corridor), higher road connectivity, low financing rates, robust growth in large-scale manufacturing sector and change in the enforcement of axle load limit per truck on highways,” he said.Motorcycle and three-wheeler sales in March 2018 and 9MFY18 rose 27% and 19% respectively due to rising disposable income of the lower middle class.

There is Nothing Special about Special Economic Zones – Saud Bin Ahsen