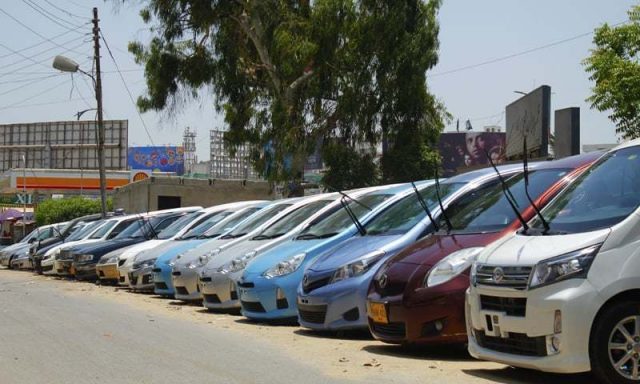 Amidst an all-around dismal performance in the industrial sectors, the auto industry stood out with a shining year. If there was one area that could be singled out where Pakistan did well, it was the auto sector. Sales figures grew on the back of low level of inflation, interest rates, higher consumer ends and low oil prices. New players announced entering the market, while some old players sought to make a comeback as well. Existing players also made an effort through new models.

According to analysts, these incentives are likely to result in foreign direct investment in excess of five billion dollars within the next five years.

With clear-cut policy directions from the government, upcoming car companies expedited construction work on assembly lines while well-established existing players prepared for the expected competitive market. The rivalry among the existing companies (Honda, Toyota and Suzuki) and forthcoming players like Volkswagen, Renault, Kia, and Hyundai etc. to meet market demand is going to benefit car enthusiasts and local consumers alike.

Analysts are expecting a healthy competition in the market from 2019 after the entry of new models of Korean and European brands. When the PML-N government launched the much-anticipated five-year auto policy 2016-21 in March 2016, it was quite clear that it could attract auto giants from South Korea, Germany and France.

The New Entrees: While South Korean carmaker Kia Motor Company’s entry in Pakistan was officially confirmed in December 2016, Hyundai, Volkswagen and Renault announced their entry in 2017.

to cut down on the red tape, a one-window facility has been established at the EDB where business plans and documentation can be presented for fast-track assessment by investors.

Both Korean giants, Kia and Hyundai, are re-entering in Pakistan after a decade or so. However, European companies like Volkswagen and Renault are entering in a completely different market. Perhaps this is why the two giants have taken quite a long time to take a decision. Volkswagen’s officials met with Prime Minister Shahid Khaqan Abbasi in November in which he appreciated the decision of the company to invest in Pakistan.

Just two weeks later in November again, Renault and Al-Futtaim signed an agreement for the assembly and distribution of Renault vehicles in Pakistan. The delay in Renault’s decision largely came to the fact that it was earlier in talks with Ghandhara Nissan, but the negotiations could not bear fruit.

After creating its own space in a Japanese-dominated car market through imported cars for two years, Al-Haj Faw Motors started assembling its first car in August. This was the first Chinese car assembled in Pakistan. Despite facing resistance in initial years, the Chinese brand has now made some inroads. The company intended to initially produce 300 units of V2 per month and later increase the production level to 500 units by the end of 2017. Currently, the company has over 600 workers and its annual capacity is 10,000 units (single shift) that will be increased to 15,000 units by 2020.

Substantial tax incentives have also been offered. New entrants will only pay 10% customs duty for five years on the import of non-localized parts and 25% for localised ones.

The auto sector has remained one of the best-performing sectors at the Pakistan Stock Exchange (PSX) in recent years. However, similar to the overall poor performance of the stock market in 2017, the auto industry’s returns were also not impressive.

According to the PSX data, the market capitalization of Pak Suzuki, Indus Motor and Atlas Honda Cars shrunk to Rs. 246.1 billion, down 9.73% from Rs. 272.7 billion in 2016. Despite current and expected minor shocks like rupee depreciation, an uptick in inflation and rise in commodity prices, analysts believe the auto industry is expected to show strong growth in 2018.

Pakistan, despite being the sixth most populous country in the world, has only 13 cars per 1,000 people. This is now changing rapidly, as the economy picks up pace with a rising middle-class, spurred by bank financing rates of under six percent; the lowest in nearly 43 years. Given the significant demand in clear sight, the view from the investors continues to be the most attractive.

Although in 2016-17, sales nearly hit 190,000 passenger cars, industry analysts are predicting a demand-supply gap of a 90,000-100,000 units in a projected annual market size of 280,000 units – more than attractive to induce new entrants to narrow the gap. A number of factors have pitched in to stimulate this growth and these include government incentives such as special allowances on taxes and import duties, taxi incentive schemes, low fuel prices and a slash in interest rates.

The company intended to initially produce 300 units of V2 per month and later increase the production level to 500 units by the end of 2017.

Moreover, recently, the government slashed the withholding tax on the registration of new vehicles by Rs. 2,500-5,000 (20 to 25%) for all car categories from 850cc to 1300cc, provided that the end user was a tax filer. These incentives and market dynamics are forecast to sustain in the longer term.

Pakistani customers have had it with the three Japanese car brands in Pakistan – Honda, Suzuki and Toyota. The three players have been persistently berated for ‘dumping’ obsolete technology, poor quality finish and inside trim at exorbitant price tags, and looking the other way as far as passenger safety is concerned. Another drain has been the extended waiting time for delivery, exacerbated by the possibility of paying a higher price for the booked vehicle, should prices increase in the transit time.

Summing up, if there is one catalyst in elevating Pakistan’s attractive image internationally, it is the Automotive Policy 2016-21. A major highlight of the policy was the incentive package offered to new entrants, which includes a one-time, duty-free import of a plant and the machinery required to set up a manufacturing facility. It allows the import of 100 vehicles of the proposed model variant in the form of completely built units (CBUs) at 50% of the prevailing duty.

Substantial tax incentives have also been offered. New entrants will only pay 10% customs duty for five years on the import of non-localized parts and 25% for localised ones. Current players will continue to be charged at the rate of 32.5% for local (which will be reduced to 30% from 2016-17) and 50% for imported parts. These reductions have come into play in order to attract new or even dormant players and increase competitiveness, thereby enhancing buyer choice with safe, modern and cost-effective vehicles.

Furthermore, to cut down on the red tape, a one-window facility has been established at the Engineering Development Board (EDB) where business plans and documentation can be presented for fast-track assessment by investors. According to analysts, these incentives are likely to result in foreign direct investment in excess of five billion dollars within the next five years.

Egypt: seven years since the revolution

Asad Omar says “Economic Crisis is Over”: Is it?