Afghanistan defence minister has demanded that in order to fight the coronavirus epidemic, a ceasefire with the Talibans should be signed so that the health professionals may reach to every corner of the country. A country with porous borders and large illiterate populations in urban centres make the fight against coronavirus strenuous if not impossible 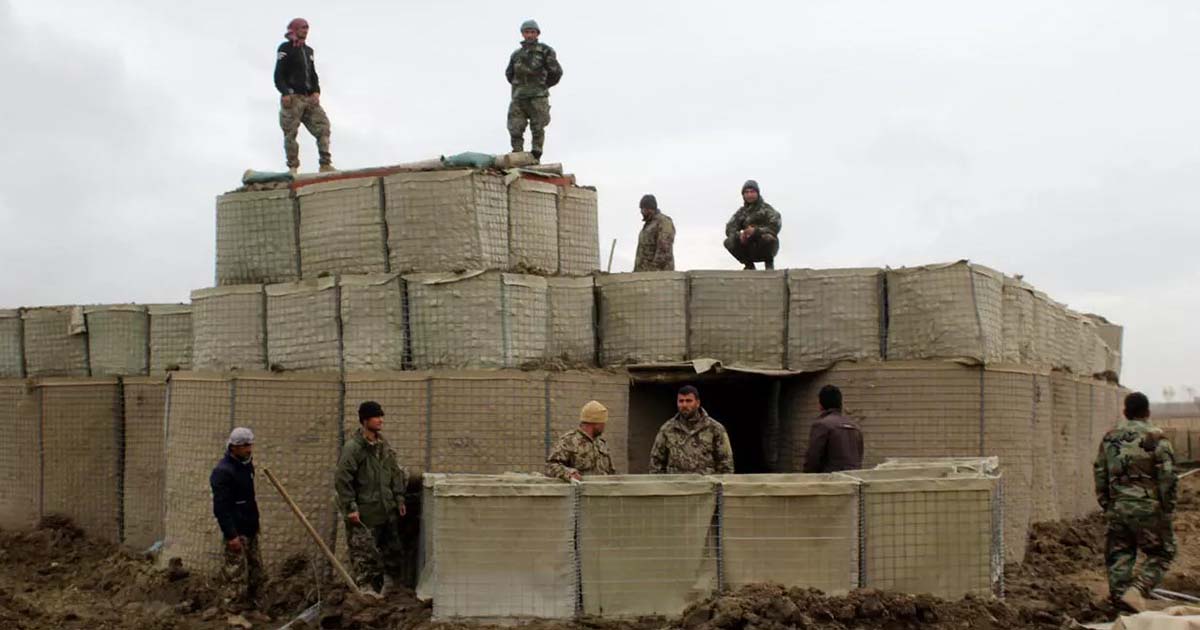 The Taliban should commit to a ceasefire as a way of tackling the novel coronavirus, Afghanistan’s defence minister said Thursday, while also vowing that security forces would respond to continued insurgent attacks.

“Our proposal is that to prevent this plague, a ceasefire should come, so that we would be able to prevent it and treat people in every corner of the country,” Defence Minister Asadullah Khalid said in a televised statement.

Khalid’s remarks come as Afghanistan grapples with multiple crises: an increase in Taliban violence that has thrown a supposed peace process into turmoil, mounting coronavirus cases, and a political feud that has seen two men claim the presidency.

Stocks tanking, virus is out of control. Taliban ceasefire didn’t last 24 hours. Oil prices are collapsing. Jim Cramer called this mess a bigger disaster than the 2008 crash, Mexico didn’t pay for your stupid wall, your tax cut cost us a trillion dollars. This is what you tweet?

Health officials have confirmed 22 cases of the novel coronavirus, but only about 300 people have been tested in the country of some 35 million people that neighbours Iran, where more than 1,000 people have died from the highly contagious virus.

Afghanistan’s porous borders, a lack of medical facilities, a culture of handshaking and hugging, and large illiterate populations in urban centres mean containing the outbreak could be a huge challenge.

The US and the Taliban last month signed a deal under which all foreign forces are supposed to leave Afghanistan within 14 months, but only if the insurgents begin peace talks with the Kabul government and stick to various security commitments.

However, the Taliban have stepped up attacks on Afghan forces since the February 29 signing, even though Afghan troops had unilaterally cut offensive operations.

Khalid said security forces should now assume a more aggressive “active defence” posture, meaning that “wherever the enemy is planning to target us, we will have the right to defend ourselves.”

The Taliban did not immediately comment. The US-Taliban deal said the Afghan government, which was not a signatory, should release 5,000 Taliban prisoners before “intra-Afghan” talks start.

President Ashraf Ghani had agreed to release 1,500 captives with the remaining 3,500 to be freed as negotiations begin. But the Taliban rejected the offer and the government’s release of prisoners did not begin as decreed on Saturday.

Zalmay Khalilzad, the US negotiator who brokered the Taliban deal, on Wednesday pressed the Afghan government and Taliban to move ahead with the delayed plan to free prisoners, saying the coronavirus crisis created urgency.

Ghani has seen a challenge mounted to his presidency by Afghanistan’s former chief executive Abdullah Abdullah, who declared himself president following a bitterly contested poll that was marred by fraud allegations.

Taliban spokesman Suhail Shaheen on Monday tweeted that the insurgents would “cooperate and coordinate” with health organizations working to stop the coronavirus.

In the past, the Taliban have been accused of murdering health workers.

Andrew Korybko - 24 July 2021
According to Michael Kugelman, an expert on South Asian affairs, Pakistan's geoeconomic strategy faces three challenges; India, the recent terrorist attack in northwestern Pakistan that killed nine Chinese nationals, and deteriorating relations with Afghanistan. However, Andrew Korybko counters this by saying that these obstacles are not as serious as some experts believe.

WHO says ‘will do everything’ to find Covid-19 origins

Will the promises of a Ghani-Taliban dialogue materialize?