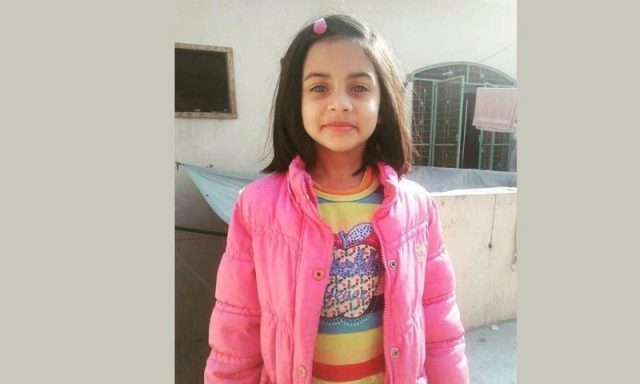 An eight-year-old girl named Zainab was brutally murdered after being raped in Kasur. The girl was kidnapped outside of her home and her dead body was recovered days after from the piles of trash.

This incident is another from the city of Kasur after a major scandal of child sexual abuse hit the city in 2014.

The girl’s dead body was found five days after she went missing. This is the 12th case of child sexual abuse reported from Kasur within a year.

The family and community took to the streets to protest after forcing the major markets to shut down.

Scores of celebs took to Twitter to record their agitation and anger against the incident.

This will not stop till we don’t make examples out of these evil butchers! #JusticeForZainab

Find him!!! Do what it takes to find him and make an example out of him for Gods sake !! An example which scares anyone to even think about doing something like this again. @pid_gov @GovtOfPunjab #JusticeForZainab https://t.co/t0GTUo9AjT

#JusticeForZainab…..As vocal as i am, I dont know how to put my feelings into words about this…. I really don’t!

The condemnable & horrific rape & murder of little Zainab exposes once again how vulnerable our children are in our society. This is not the first time such horrific acts have happened. We have to act swiftly to punish the guilty & ensure that our children are better protected. pic.twitter.com/9f7OM3hYT1

Horrific!!!
A 7-year old angel raped.
What kind of a society are we living in????#RIP little angel #JusticeForZainab pic.twitter.com/nMlPtPWQN6

Many analysts believe that the incompetence of the government to punish the culprits of child sex abuse earlier had caused such horrific incidents to occur time and again.

Also, they have said that the lack of education and extreme poverty crushes the humanitarian aspect of the humans.

The direct responsibility is placed on the government and legislatures. The provincial and federal government’s lack of interest in formulating a comprehensive justice system is the major obstacle in controlling such horrific incidents.

Also, prompt investigations are needed to uncover the reasons for why Kasur is gradually becoming the epicentre of child abuse in the country.

Emergency in US: Will Trump be tested for coronavirus?