Addressing a press conference with Minister of State for SAFRON Shaharyar Afridi, Adviser to Afghan President noted that Pak-Afghan relations are headed towards a positive trajectory; however, certain elements seek to destabilize this relationship. 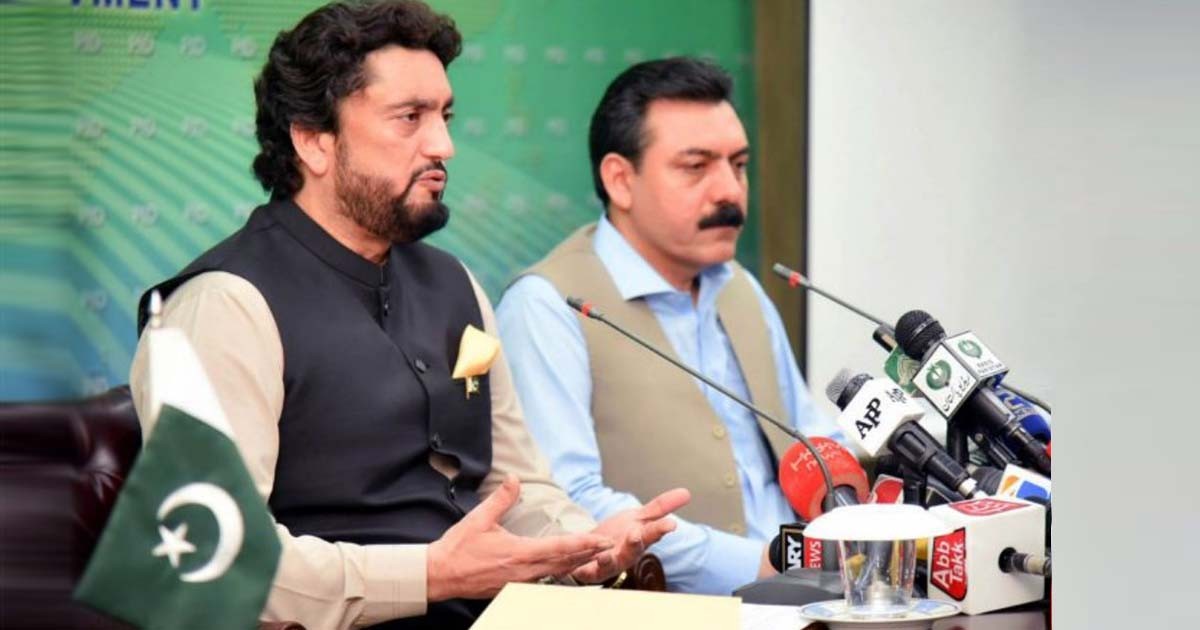 The Adviser to the Afghan President on National Security Sarwar Ahmadzai noted that Pak-Afghan relations are headed towards a positive trajectory. He appreciated the PTI-led government’s decision to reopen the airspace between Afghanistan and India, which has facilitated travel and trade.

Afghan Adviser on National Security Sarwar Ahmadzai mentioned his recent visit to two refugee camps, and he appreciated the attitude of the Pakistan authorities towards Afghan refugees. He said, “I visited two refugee camps, and the Afghan refugees he met with, spoke highly about the positive treatment of the Pakistani authorities, and the facilities provided to them.”

There are elements that wish to obstruct peace between Pakistan and Afghanistan, and they are using cowardly tactics of destabilize this relations, but such efforts will never succeed.

He added that an incident involving one or two Afghans and Pakistanis does not represent the wishes of the Afghan nation or the Afghan refugees. He noted that there are “certain elements” that seek to stir up trouble and malign the relations between the two neighbors.

However, the adviser to the Afghan President expressed his confidence in the ongoing Afghan Reconciliation Process, in which Pakistan is playing an instrumental role, and noted that Pakistan’s efforts will be constructive in ushering in peace and stability in Afghanistan.

Read more: Pak-Afghan ties: A true hope for betterment or yet another false alarm?

Pakistan will give a Dignified Farewell

Addressing the press conference, the Minister of State for SAFRON Shaharyar Afridi noted that Prime Minister Imran Khan is committed to ensure that the Afghan refugees who seek to return to their homeland are allowed to do so with dignity and are facilitated in every possible manner.

Commenting on Pakistan’s constructive role in facilitating the Afghan Reconciliation Process, Shaharyar Afridi noted that Pakistan desires peace in Afghanistan to usher in stability and peace across the entire region. He noted that peace in South Asia is connected with stability and peace in Afghanistan, and now, the entire region is ready to welcome peace.

Minister Shaharyar Afridi said, “Pakistan seeks peace in Afghanistan, as it is instrumental for regional stability and peace.” He noted, “There are elements that wish to obstruct peace between Pakistan and Afghanistan, and they are using cowardly tactics of destabilize this relations, but such efforts will never succeed.” Shaharyar Afridi stated that Pakistan is willing to facilitate Afghanistan with in every possible manner, within its means.

He noted that the two brotherly Muslim states are working towards strengthening bilateral ties with every passing day, and the outstanding issues that created mistrust are being humbly dealt with. The Minister of State for SAFRON noted, “Recently, Foreign Minister Shah Mehmood Qureshi met with an Afghan delegation to strengthen bilateral ties.”

Previous articlePTI-led Government ushers in a new policy against militant outfits
Next articleImran Khan, Malala among World’s Most Admired people of 2019

20 September 2021
Previous articlePTI-led Government ushers in a new policy against militant outfits
Next articleImran Khan, Malala among World’s Most Admired people of 2019

Afghan attack on Chaman border: What are Pakistan’s options?