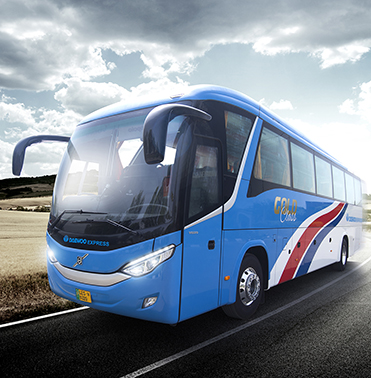 The Pakistan-China bus service commenced its first trip today. The bus will take the passengers from Lahore, Pakistan to Kashgar, Xinjiang province, China. The bus service has been initiated under the ‘One belt One Road’ project-China-Pakistan Economic Corridor. Pakistan Tourism Development Corporation in association with Shuja Express has initiated the service to facilitate the people in Pakistan wishing to visit China.

Muhammad Anwar, Chief Executive Officer of Shuja Express while talking to media informed the Lahore-Kashgar bus will run four days a week, on Saturday, Sunday, Monday and Tuesday, while the Kashgar-Lahore bus will run on Tuesday, Wednesday, Thursday and Friday.

Humayun Aslam, the Chairman of Pakistan Economic Forum believes the government of both the countries should give subsidy to further reduce the ticket price.

“It will be in operation four days a week, that is, Monday, Tuesday, Saturday and Sunday from Lahore to Chinese border city of Kashgar, and same manner from Kashgar to Lahore on Tuesday, Wednesday, Thursday and Friday,”

The journey will take a total of 36 hours, and the bus will make five stops along the way before it crosses into China at the Khunjerab Pass.

“The bus will set off at 12 pm (local time) from Lahore and at first it will reach federal capital where breakfast will be served. Then the bus will stop in northern Mansehra city for tea. Next stopover will be at Bisham for lunch. Passengers will be offered evening tea at Chilas and lavish dinner at Gilgit.”

He informed that buses are new and luxurious with 15 seats which implies that passengers will have enough space in the bus. The passengers will be allowed a 20-kg luggage and will pay for extra beyond the limit. The ticket price includes the cost of food and rest area in Gilgit hence passengers will not have to pay more.

The traveller will require a Visa and ID card. The one-way fare is Rs.13,000 while a two-way trip will cost Rs.23,000. The Government of Pakistan from their official Twitter account shared the news with the people.

Kashgar bound bus has left on its maiden journey from the Lahore and will take 36 hours to reach Chinese province Xinjiang.
The bus service is part of the initiative to connect Pakistan and China via road under #CPEC and will be a boon for the business community. pic.twitter.com/GXWRi3C8CQ

It stated, “The Kashgar-bound bus had left for its maiden journey from Lahore. It will take 36 hours to reach the Chinese province of Xinjiang.”

Read more: India isolated by One Belt One Road Initiative

Humayun Aslam, the Chairman of Pakistan Economic Forum believes the government of both the countries should give subsidy to further reduce the ticket price.

Breaking with the past: China hints at greater political engagement in the Middle East