China last month announced sanctions on American NGOs, including HRW, in retaliation for the passage of a US bill backing Hong Kong's pro-democracy movement. Chinese refused the Human Rights Watch Executive Director, Ken Roth, from entering Hong Kong, alleging that HRW is responsible for the civil-political unrest in the specially administered region. 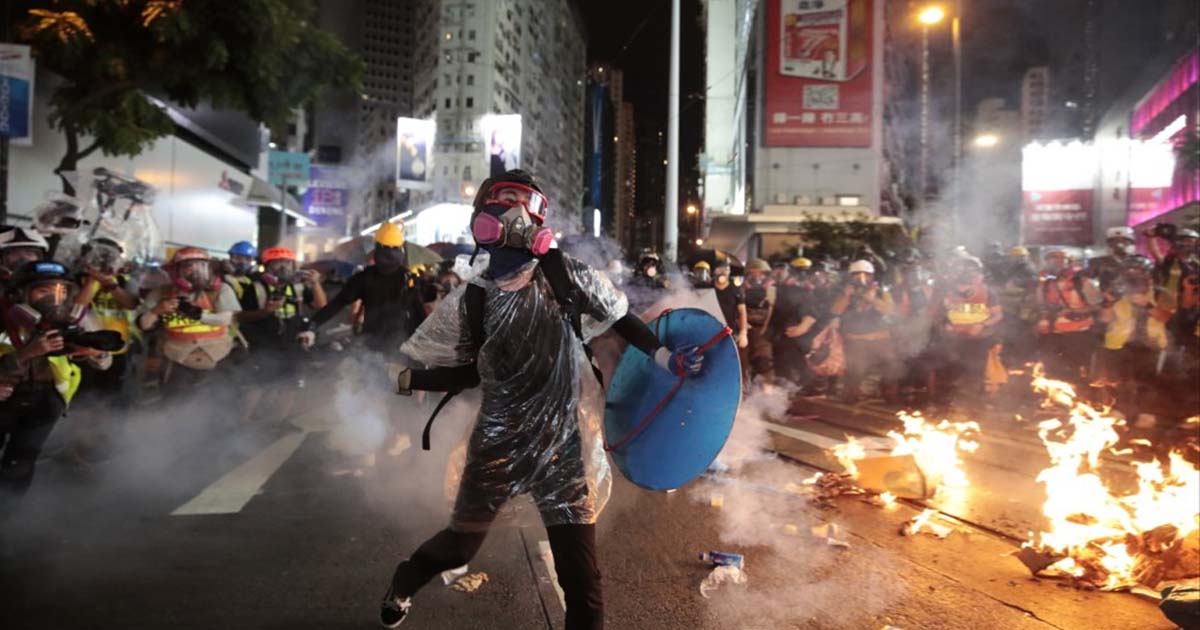 Chinese authorities on Monday justified their refusal to the executive director of the Human Rights Watch from entering its special administrative region (SAR) of Hong Kong, citing their ‘sovereign right’ to grant or refuse entry.

The authorities believe that non-governmental organizations are responsible for the civil unrest in Hong Kong and should “pay the proper price” for it.

Kenneth Roth was supposed to give a press conference in Hong Kong this week to unveil the New York-based rights group’s latest global survey, which accuses China of prosecuting “an intensive attack” on international human rights agencies.

The long-time executive director said Sunday that he was turned back by authorities at the city’s airport.

China last month announced sanctions on American NGOs, including HRW, in retaliation for the passage of a US bill backing Hong Kong’s pro-democracy movement.

“Plenty of facts and evidence show that the relevant NGO has through various means supported anti-China radicals, encouraged them to engage in extremist, violent and criminal activity, and incited Hong Kong independence separatist activities,” Geng said.

“They bear major responsibility for the current chaos in Hong Kong. These organisations should be punished, and should pay the proper price.”

Hong Kong has been battered by nearly seven months of occasionally violent protests, its biggest political crisis in decades.

Millions have turned out on the streets of the semi-autonomous financial hub to demand greater democratic freedoms.

“Why does Beijing advance the ludicrous fiction that @HRW incited the Hong Kong pro-democracy protests?” Roth fired back on Twitter.

“Because it is desperate to pretend that hundreds of thousands of Chinese citizens aren’t protesting Beijing’s increasingly dictatorial rule.”

Roth joins a growing list of openly critical academics, researchers, politicians and activists who have been refused entry in recent years.

Financial Times journalist Victor Mallet was denied a visa renewal without reason in 2018 after he hosted a talk with the leader of a small and now banned independence party at the city’s press club.

Last September, an American academic was barred from entering after he testified in a Congressional hearing alongside prominent Hong Kong democracy activists.

What kind of nonsense is this? Where’s the freedom? Where’s civil society? Kenneth Roth was just banned for trying to give a press conference. Please delete your account— Of Tosa (@oftosa) January 14, 2020

“I had hoped to spotlight Beijing’s deepening assault on international efforts to uphold human rights,” Roth said. “The refusal to let me enter Hong Kong vividly illustrates the problem.”

Phil Robertson, deputy director of Human Rights Watch’s Asia division, said that when Roth asked why he was prevented from entering Hong Kong, he was only told that it was “immigration reasons”.

“What we believe is that he was stopped because the Chinese government is afraid to have the world know what they are doing to the people of Hong Kong and the people of China,” Robertson told AFP in Bangkok.

The unrest that began last June is the biggest crisis the former British colony has faced since its return to Chinese rule in 1997.

Under the terms of the handover, Hong Kong enjoys unique freedoms unseen on the mainland, but in recent years fears have increased that these liberties are being chipped away as Beijing exerts more control over the territory.

China and the Hong Kong administration have refused to cede to the protesters’ demands, which include fully free elections in the city, an inquiry into alleged police misconduct, and amnesty for the nearly 6,500 people arrested during the movement — nearly a third of them under the age of 20.

Hong Kong’s Foreign Correspondents’ Club, which was to host Roth’s press conference on Wednesday, said in a statement it was concerned that the city’s government was using the immigration department to “act punitively against organisations and media representatives it does not agree with, which is a violation of the commitment to free expression and free speech in Hong Kong law.”