As part of its 25-year agreement with Iran, China is set to develop Iranian oil, gas and petrochemical fields, alongside upgrading Iranian transportation infrastructure to pave the New Silk Road, which will connect the Xinjiang Province with Tehran, and connecting Uzbekistan, Kazakhstan, Turkey, Turkmenistan, and other countries along the way 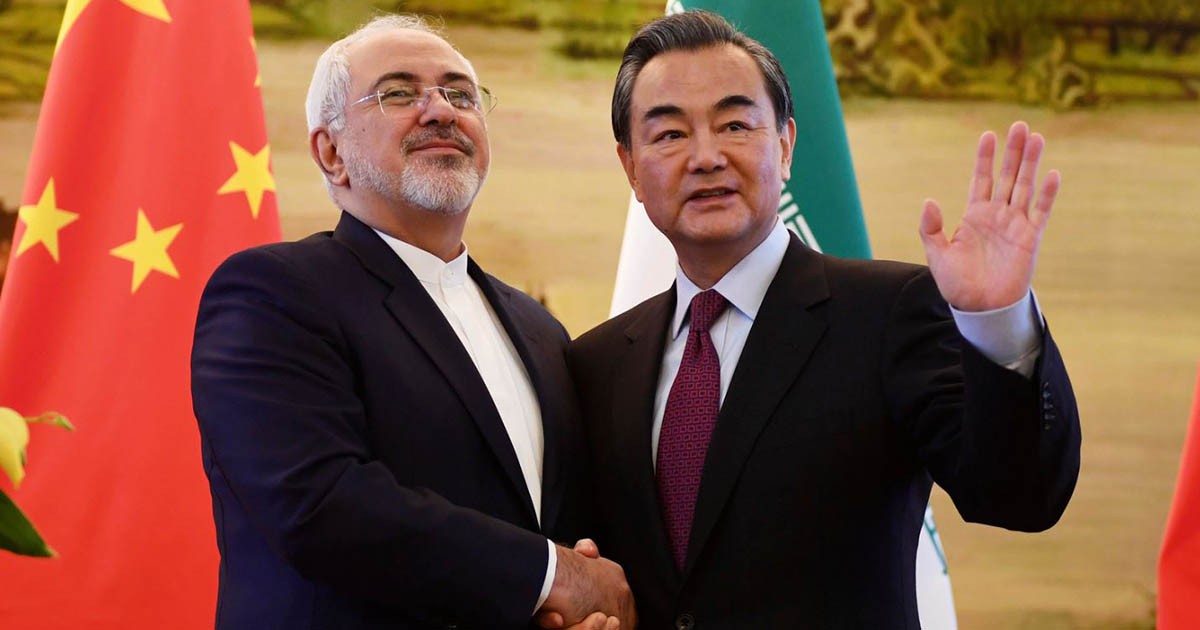 The agreement has been revised and disclosed to the public, however, many of the aspects of this new agreement will not be revealed in the public domain, despite their potential to alter the global balance of the gas and oil sectors. Speaking to the Petroleum Economist towards the end of August, a senior source from Iran’s petroleum ministry shed light on the potential of the new China-Iran Strategic Partnership

China to invest over $300bn

The central foundation of the new agreement is China’s $280bn investment to develop Iran’s gas, oil and petrochemical industries. This grant might be front-loaded during the first five-year period of the agreement, however, sources close to the deal reveal that the remaining amounts will be provided gradually in every five-year term.

China will also be making another $120bn investment to improve the transportation and manufacturing infrastructure of Iran, which can again be in the form of front-loaded payments during the first five-year term, while the remaining payments will be added to each subsequent period, as agreed by the two countries.

China has secured multiple benefits through this deal, alongside the opportunity to make its presence felt across the region. Aside from securing other benefits, the Chinese companies will have the opportunity to bid on any new, uncompleted or stalled developments across oil and gas fields. Chinese firms will also secure the first refusal on opportunities to partake in any petrochemical projects initiated by Iran, including processing ingredients, human expertise to undertake such projects, and provision of technology amongst others.

Speaking to Petroleum Economist, the senior Iranian source with ties in the Petroleum industry underscored the economic and human resources to be provided by China. The Iranian source said, “This will include up to 5,000 Chinese security personnel on the ground in Iran to protect Chinese projects, and there will be additional personnel and material available to protect the eventual transit of oil, gas, and petrochemicals supply from Iran to China, where necessary, including through the Persian Gulf.”

The source added, “China will also be able to buy any and all oil, gas and petrochemical products at a minimum guaranteed discount of 12pc to the six-month rolling mean price of comparable benchmark products, plus another 6pc to 8pc of that metric for risk-adjusted compensation.”

Analysts believe that the revised terms of the agreement have allowed China the right to delay payments for Iranian productions for around two years, alongside paying in soft currencies that Beijing has accrued during its businesses in the Former Soviet Union (FSU) countries and Africa. China will also be allowed to use renminbi if need be to ensure that these transaction payments between China and Iran do not involve the use of US dollars.

The source said, “Given the exchange rates involved in converting these soft currencies into hard currencies that Iran can obtain from its friendly Western banks—including Europäisch-Iranische Handelsbank (in Germany), Oberbank (in Austria) and Halkbank (in Turkey)—China is looking at another 8-12pc discount (relative to the dollar price of the average benchmarks), which means a total discount of up to 32pc for China on all oil, gas and petrochemical purchases,” the source says.

The report reveals that Beijing’s close proximity and stakes in the infrastructural advancement of Iran’s manufacturing capabilities are directly in line with China’s One Belt, One Road Initiative. China will reap the advantages of Iran’s low-cost labor to build factories, which will be designed and overlooked by major Chinese firms and manufacturers, and their operations and affairs will be identical to the manufacturing units operating across China.

The products manufactured under the China-Iran partnership will be supplied to Western markets, as China will help develop Iran’s transportation infrastructure, creating routes that will link it to the western world.

Sources reveal that Iran’s Vice President, Eshaq Jahangiri, presented the draft of the China-Iran deal to Iranian Supreme Leader Ali Khamenei towards the end of August, alongside senior officials from the Petroleum Ministry, Finance Ministry, and the Islamic Revolutionary Guard Corps. Jahangiri apprised that Tehran and Beijing have entered a contract to undertake a project to electrify the 900mkm railway that connects the Iranian capital with the north-eastern city of Mashhad.

Read more: Iran turns to China to seek relief from US sanctions

Iranian Vice President Jahangiri also apprise of China-Iran plans to develop the Tehran-Qom-Isfahan high-speed train line to advance the transportation facilities towards Iran’s north-western city of Tabriz. Tabriz is the center of multiple gases, oil, and petrochemical sites, and the starting point of the Tabriz-Ankara gas pipeline, will serve as central point of the New Silk Road, stretching over 2,300km, which will link Xinxiang’s capital Urumqi with Tehran, alongside connecting Kazakhstan, Kyrgyzstan, Turkmenistan, and Uzbekistan, alongside connecting the road to Europe through Turkey.

The plan for the Tabriz-Ankara pipeline will need the collaboration of Moscow, as the Former Soviet Union States (FSU) are considered the “backyard” of Russia. Also, Russian cooperation is vital as Moscow was considering the possibility of a standalone deal with Iran on similar grounds. The Iranian source disclosed that a clause in the China-Iran agreement has allowed at least one Russian company to have the opportunity to get involved in the project on discounted rates.

Tehran is keen to reap three major advantages from the 25-year deal with China. The Iranian source disclosed that Iran seeks to broaden and strengthen its relations with China and Russia, who are two of the five permanent member states of the United Nations Security Council.

The source said, “In order to circumvent any further ramping up of sanctions—and over time encourage the US to come back to the negotiating table—Iran now has two out of five UNSC votes on its side. The fact that [Iran foreign minister Mohammad] Zarif showed up unexpectedly at the G7 summit in August at the invitation of France may imply it has another permanent member on the side.”

Iran also seeks to reap the advantages of ushering in increases in its capacity for gas and oil production from three of its major oil and gas fields. China is willing to expedite the development of one of Iran’s major gas field project, Phase 11 of the mammoth South Pars gas field. The China National Petroleum Corporation (CNPC), one of China’s three major production giants, has increased its 30% holding in the field when it assumed the Total’s 50.1% stake in the field after the French corporation had to withdraw in the wake of US sanctions. Since then, the CNPC has made meagre progress in developing the South Pars gas field.

Beijing has also agreed to expedite production from the West Karoun oil fields of Iran, including North Azadegan and Yadavaran, and increase their capacity by an additional 500,000bl/d towards the end of 2020. Tehran is hopeful that the potential increments in the recovery rates of its West Karoun fields will increase by at least 25% towards the end of 2021. The Iranian source said, “For every percentage point increase, the recoverable reserves figure would increase by 670mn bl or around $34bn in revenues even with oil at $50/bl.”

Lastly, Iran also seeks to benefit from Beijing’s promise of increasing Iranian oil imports, which is direct defiance of the US move to disallow the extension of China’s waiver on imports from Iran back in May. Instead of reducing its Iranian imports, Beijing imported more than 925,000bl/d from Iran in July, and the volume of imports, as per the figures released by China’s General Administration of Customs (GAC), appears to increase by 4.7% month-on-month. The Iranian source revealed that the actual figure of China’s Iranian imports is much higher.