Teresa Cheng, Hong Kong's deeply unpopular Secretary for Justice, fell while being surrounded by a crowd of jeering pro-democracy protesters 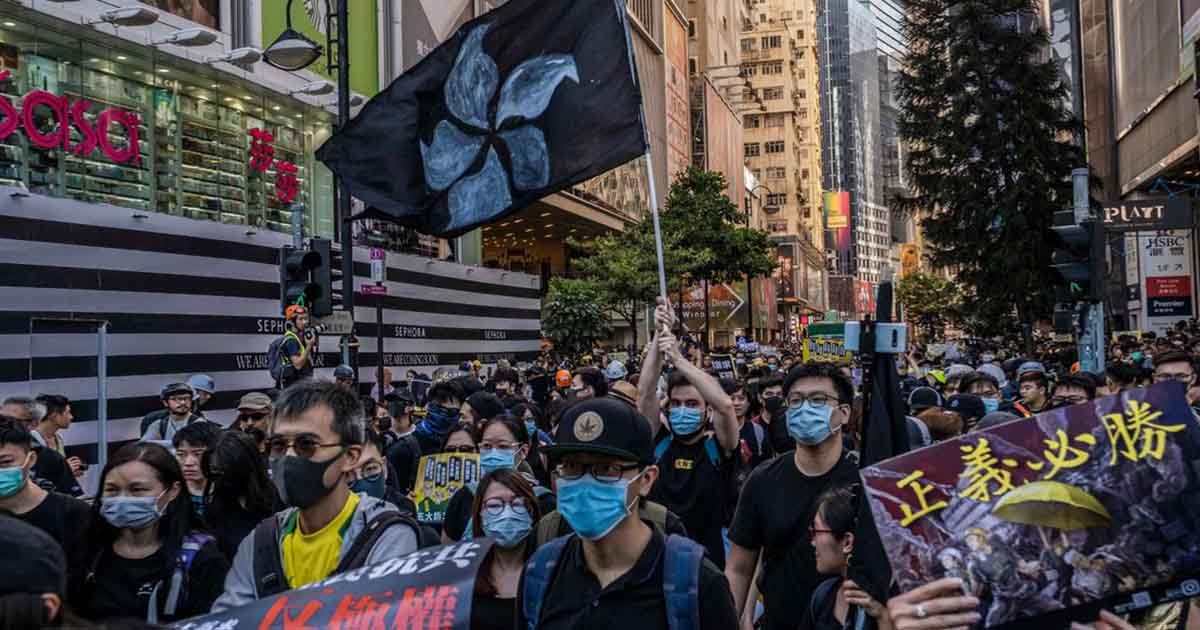 China on Friday condemned an incident in which Hong Kong’s justice secretary was jostled by masked demonstrators in London, and accused Britain of fuelling pro-democracy unrest.

Teresa Cheng, Hong Kong’s deeply unpopular Secretary for Justice, fell while being surrounded by a crowd of jeering pro-democracy protesters as she prepared to attend a speaking event on Thursday night in London.

She regained her feet moments later and was escorted away with no visible signs of injury in video footage of the incident.

But China called it an “appalling attack” and has demanded that Britain offer security protection to the Hong Kong minister.

“If the British side does not change its wrong practices, and continues to add fuel to the fire, sow discord and instigate others, and make false countercharges, then it will bring calamity on itself,” foreign ministry spokesman Geng Shuang said at a regular press briefing.

Geng said that failing to act on “anti-China elements” in Hong Kong will not only cause trouble in the semi-autonomous territory, but will also “cause serious interference and destruction to the international community including the United Kingdom.”

He called for Britain to “bring the culprits to justice, and… safeguard the personal security and dignity of all Chinese personnel in the UK.”

The brazen attack on a #HongKong government official must be punished severely, to deter such actions from severely undermining HK’s stability and harming international society including the society of the #UK: Chinese FM #香港 pic.twitter.com/as1aqv3Rlw

Former colonial ruler Britain, which handed Hong Kong back to China in 1997, has urged Beijing and Hong Kong to seek a political solution for protesters and condemned the escalating violence on both sides.

Cheng is in London on a visit to promote Hong Kong’s role as a dispute resolution and deal-making hub.

She is one of the most unpopular government officials in Hong Kong, seen as playing a key role in pushing forward the now-shelved extradition bill to China, which sparked the ongoing unrest.

IMF bailout on the cards for Pakistan’s next government: analysts