China science fiction blockbuster blasts off at the box office 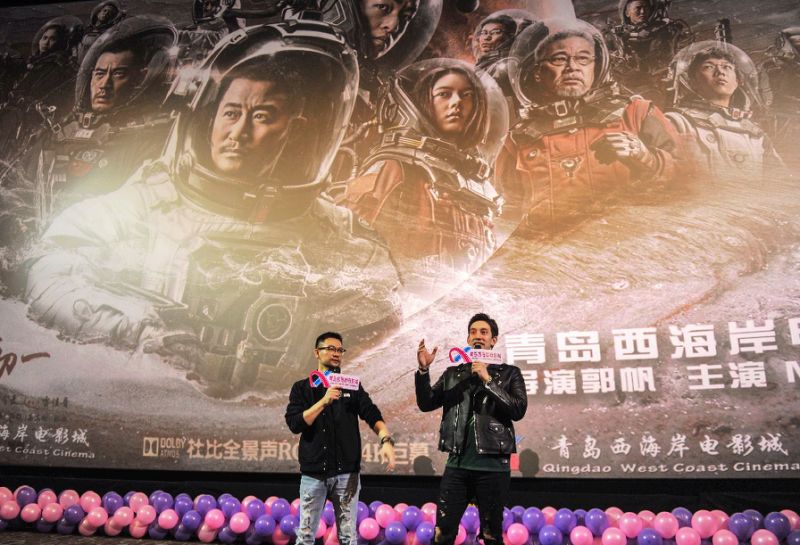 China’s first space-age blockbuster is on a trajectory to become the country’s highest-grossing movie ever and is being held up as evidence that big-budget home-grown films can now hold their own with Hollywood on pure spectacle.

“The Wandering Earth” has made more than 3.9 billion yuan ($576 million) in domestic box office as of Tuesday morning, putting it on course to eclipse the 5.7 billion yuan earned in 2017 by current champion, “Wolf Warrior 2”.

Based on a novel by Chinese science fiction writer Liu Cixin, the film tells the story — through the eyes of Chinese protagonists — of a project to move the earth away from a dying sun using giant fusion-powered engines. Reportedly made with a $50 million budget, the movie draws on pride in China’s growing space programme and is packed with advanced special effects.

Director Guo Fan said that three-quarters of the more than 2,000 special-effects shots were created by Chinese staff. Noted film commentator Wang Hailin told a recent movie seminar that “The Wandering Earth” showed that “the historic moment to rival Hollywood has arrived.”

“The Wandering Earth” has also made $3.8 million in North America in the 11 days since its release, the highest for a Chinese film in nearly five years, the film’s official social media account said on Sunday. With Chinese President Xi Jinping asserting tight control over arts and entertainment and pushing patriotic themes, any Chinese film depicting a future world is bound to draw political scrutiny.

But the movie largely ignores politics, with no mention of China’s ruling Communist Party. Chinese heroes figure most prominently in the action, but the film’s overall message is to encourage international collaboration.

In a pivotal scene, a Chinese astronaut played by martial artist and actor Wu Jing — the star of the “Wolf Warrior” franchise — works closely with a Russian counterpart in a bid to save the world.

Liu, the Hugo Award-winning author of the story, said in an interview with state television that China lacks good original science fiction, but that the strong “sense of future” in the rapidly modernising country bodes well for the genre. Director Guo conceded that Chinese sci-fi films still have a long way to go to keep pace with Hollywood’s high standards, but he was hopeful.

“Science fiction is the barometer of a nation…. If this nation wants to embrace the world and dream of the future, then the journey of Chinese sci-fi will be an ocean of stars and (have) a broad future,” he told state television.