China under Xi regime: Harder and more ideological than ever before

"Norwegian political scientist stein Ringen in his book “The perfect dictatorship: China in the 21st Century" introduced an apt neologism: "Controlocracy” to describe the contemporary China ruled by Xi Jinping" 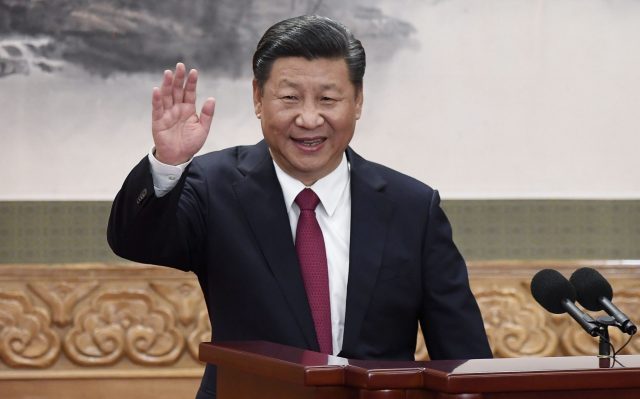 Axiomatically, China under Xi Jinping has, politically, socially and economically undergone a colossal metamorphosis. Xi in order to cement and perpetuate his rule over the most populous country of the world, under the garb of national rejuvenation and reforms, has foxily assumed absolute control over all the institutions of the country. The whole of China, now, moves on his very behest; he is, therefore, a sole mover and shaker of economic giant and emerging super power of the world.

Norwegian political scientist stein Ringen in his book “The perfect dictatorship: China in the 21st Century” introduced an apt neologism: “Controlocracy” to describe the contemporary China ruled by Xi Jinping, arguing that its mode of governance has been transformed into a new regime radically harder and more ideological than what came before.

Xi taking control over all spheres of Chinese life

It is undeniable fact that Xi Jinping has taken control over all the spheres of Chinese life, whether it be, political, economic or social. This piece is aimed at highlighting those political, social and economic moves through which Xi has managed to consolidate and perpetuate his dominance over china.

Politically, Xi Jinping has taken hold of all the levers of power. In 2017 Party Congress declared that “East-West, North-South, the Party is leading everything.”

Interestingly, XI’s control over the People’s Liberation Army is even more complete than his hold on CCP and the government. As Tai Ming Cheung, a professor at the school of global policy and strategy at UC San Diego observed, “No other Chinese Communist Party leader, not even Mao Zedong, has controlled the military to the same extent as Xi does today. Mao had to share power with powerful revolutionary-era marshals.” To show how “hands-on” he is, Xi has taken the new post of commander-in-chief of the PLA Joint Battle Command.

Moreover, Xi, for crushing his dissidents, launched an unprecedented campaign against official corruption and party indiscipline. Through this crackdown, he swept away his opponents from the party and purged his all political rivals. Almost 1.4 million party members were punished as consequence of Xi’s drive against corruption. The prime goal of such campaign, according to Xi was to restore the confidence of populace in party. He equated it with a matter of “survival or extinction”. By doing this, Xi instilled fear among those who were covertly engaged in a plot to waken Xi’s government. Xi, through this move managed to suppress any potential rebellion and succeeded in earning forced loyalty for CCP and for himself.

Moreover, despite Xi’s apparent grip on power, he is preoccupied with shoring up loyalty for CCP and for himself. His concern for insecurity is glaring during his interaction with people. In a January 2018 speech, Xi called on all officials to remain loyal to the Party “at any time, and under any circumstance.”

He has revived Mao’s practice of requiring all Party officials, including major provincial leaders and the Politburo, to engage in criticism and self-criticism and pledge loyalty to the Party’s central apparatus and to his position as its core. These rituals serve not only to butter up Xi, but also to inhibit other politicians from forming a synergy against his rule. Additionally, Party members in general are also directed to shun any discourse that questions central policies. However, the recruitment of new members also now requires stricter loyalty to such standards.

Xi has also give up leftist ideology, striking fear into intellectuals, journalists, and private businessmen. Since 2013, the CCP has officially banned media and classroom discussion of seven topics associated with Western values that are considered subversive: universalism, press freedom, judicial independence, civil society, citizens’ rights, the historical mistakes of the Party, and cronyism within elite financial and political circles.1 University professors who are Party members have clear-cut instructions that they must defend the CCP in class if anyone criticizes it. Western textbooks are also banned and being replaced with new indigenous versions that emphasize Marxism.

In addition, China under Xi, experiences censors that are more consolidated and centralized. A potent new cyber Administration, run by a leading small group that Xi chairs, aims to win what they call “struggle for public opinion”. To add, getting around the Great Firewall to access foreign media has become harder than ever. Consequently, the muzzling of media and blockade of  information not only would render large-scale protests difficult to organize, but any adversary to Xi, would also find it difficult to earn massive public support.

Furthermore, efforts to promote CCP propaganda have also intensified. Xi always eggs on the arts, media, and internet to strengthen popular support for the Party. In 2016, he visited the three main official news organizations (Xinhua, People’s Daily, and CCTV) to ask journalists to pledge loyalty to the Party and to him.

Socially, Xi has also been tightening the Party’s centralized social control through law. The Party has always manipulated courts, but now central or provincial CCP authorities appoint judges instead of local party figures.  Through these sweeping new laws, CCP reinforce the Party’s power over domestic and foreign NGOs, national security, and cyber security.

Strikingly, in July 2015, about three-hundred lawyers whose only crime was helping citizens to defend their rights under existing Chinese law were detained on charges of “subverting state power.” This, in fact, is not the rule of law that Chinese reformers once envisioned and cherished. Instead, it is Communist Party’s rule by law.

Contrast between Xi and Deng

Economically, When President Xi Jinping assumed power in 2012; many hoped that he’d turn out to be a leader, following the footprints of Deng. But to dismay of many at home and abroad, while Deng wanted his market-based reforms to make China rich, Xi has re-asserted the control of the state in an effort to turn the country into a political and technological superpower.

Additionally, one of Xi’s overarching goals in terms of economic management is to effectively, if not formally, declare the end of the era of reform of Deng Xiaoping,” said Arthur Kroeber, a founding partner and managing director at research firm Gavekal Dragonomics. Whereas Deng and subsequent leaders bolstered the role of private businesses in the economy and reduced that of the state, Xi seems to think that the balance is now about right, Kroeber said.

Besides, Xi has also clamped down on activities from online posts to the free-wheeling private businesses that grew up as a result of Deng’s policies, re-asserting the control of the party on businesses and through regulations, state-run companies and government-owned banks. The economic impact of those controls would shows up only after a time, so it’s hard to assess the effect now, said Nobel laureate economist Michael Spence, a professor at New York University’s Stern School of Business.

To conclude, whatever the positive or negative consequence of Xi’s controlocracy may be at home or aboard but the recent outbreak of corona virus and subsequent concealing of information by Xi’s government has brazenly exposed the fact that such extreme control over information, might cause disaster for humanity.

Abdul Rasool Syed is a Legal Practitioner-cum-columnist based in Quetta, Balochistan. His work has been published in various national and international newspapers. His areas of interest are international and strategic affairs with special focus on Middle East, Asia and Europe. The views expressed in this article are the author’s own and do not necessarily reflect the editorial policy of Global Village Space.