Following an ambitious plan to establish a permanent space station, China is all set to launch the Long March 5B rocket into space. By launching this rocket, China aims to establish space hegemony & perhaps may surpass the US & Russia in space exploration. 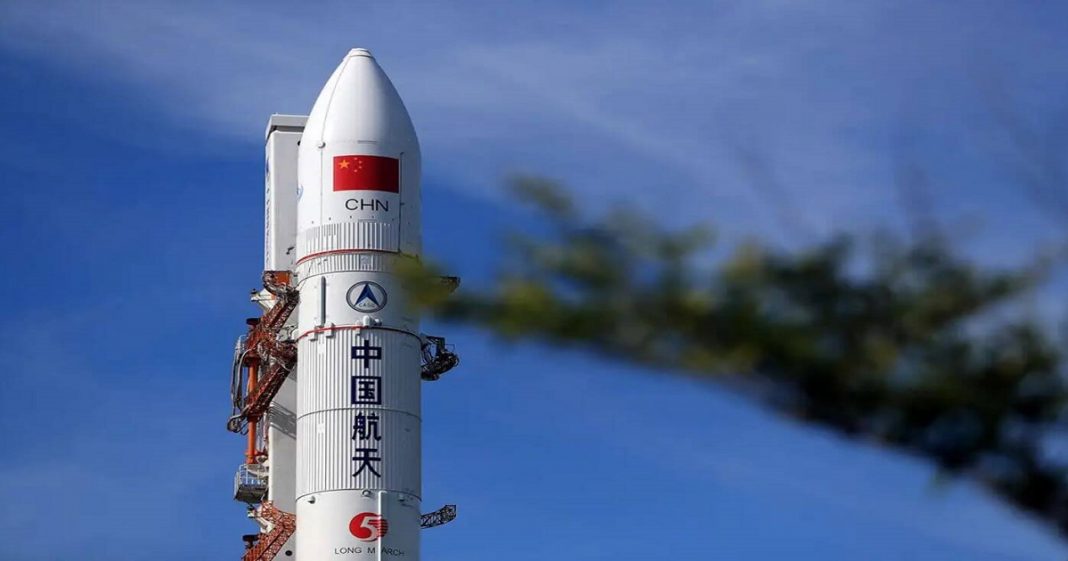 China said Tuesday it will launch a new spacecraft at 6 pm (1000 GMT), in a test of its ambitions to operate a permanent space station and send astronauts to the Moon.
The new large carrier rocket — Long March 5B — is expected to make its maiden flight from the Wenchang launch site in the southern island of Hainan, the China Manned Space Agency said in a statement.

Long March 5B is supposed to one-day transport astronauts to a space station that China plans to complete by 2022, and eventually to the Moon.

Read more: China takes over the world leadership role abandoned by US

The United States is so far the only country to have been able to send humans to the Moon.

Long March 5B is the first variant of the Long March 5, which conducted its third mission at the Wenchang center in December. It will be tasked with sending large spacecraft, including modules of the China Space Station (CSS)  to low-Earth orbit, the academy said in a statement.

The rocket is 53.7 meters long, with a diameter of 5 meters. It will be propelled by liquid oxygen, liquid hydrogen and kerosene and will have a liftoff weight of about 849 metric tons, the report said.

Li Dong, the rocket’s chief designer, said that the craft will be pollution-free and will be the most powerful rocket when it comes to carrying capacity to the low-Earth orbit (LEO) — it will be capable of placing 22 tons (equivalent to the weight of 16 cars) of payload in orbit, the report said.

Good news for those following tomorrow's Long March 5B & new Chinese crew S/C flight – CCTV state news channels mentioned it during the evening news, a good sign that (combined with other individual sources) *some* kind of coverage will be available in real time tomorrow! pic.twitter.com/QmKulSJncK— Cosmic Penguin (@Cosmic_Penguin) May 4, 2020

After the drills, it will carry out the debut flight in April to launch the prototype of the country’s new manned spaceship, said the China Manned Space Agency.

Read more: Nuclear Technology: China hits back at the US and condemns its policies

Like the International Space Station (ISS), the CSS would orbit 250 miles (400 km) above Earth. China hopes the space station will be operational for around a decade, supporting astronauts for 180-day stints.

This means it could outlive the ISS which may lose its funding from the White House as soon as 2024, the report said.

“CSS belongs not only to China, but also to the world,” said Shi Zhongjun, China’s Ambassador to UN, according to state-run news agency Xinhua.

“All countries, regardless of their size and level of development, can participate in the cooperation on an equal footing,” he said.
But Beijing has made huge strides in its effort catch up to the US space program, sending astronauts into space, satellites into orbit, and a rover on the far side of the Moon.

A successful maiden flight of the 54-metre Long March 5B would reassure China, following failures of the 7A model in March and 3B model in April.

Beijing has launched several space vehicles since 1999, the Shenzhou, which were modelled after Russia’s Soyuz.

Haleema Zia - 10 April 2021
Women’s independence and rights is one of the most debated topics in the contemporary world. Women hold a significant position in the society but...