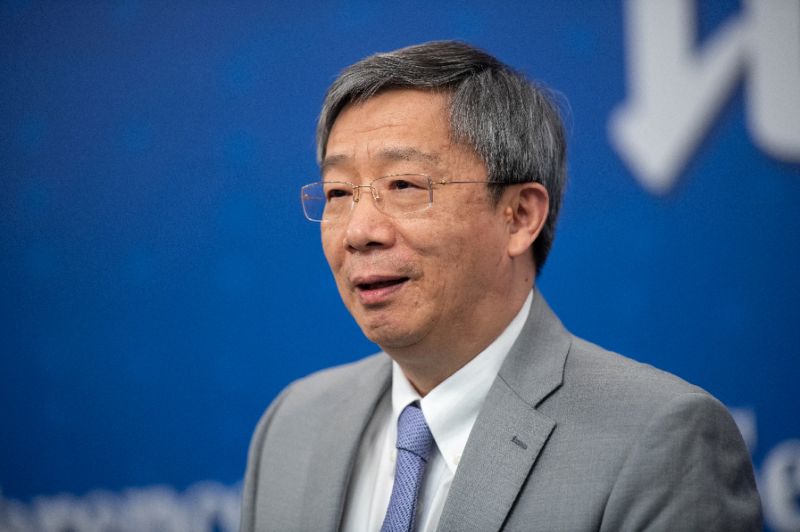 China has gone to great lengths to support its currency and would not devalue the renminbi to spur exports or combat trade frictions, the governor of the central bank said Sunday.

Speaking on the sidelines of China’s annual parliamentary session, Yi Gang said Washington and Beijing had discussed exchange rates in recent trade talks and reached a consensus on many “crucial” issues.

US President Donald Trump has long accused Beijing of manipulating its currency to gain a trade advantage and Washington has been seeking assurances on the exchange rate in the ongoing trade talks between the two nations.

There have been conflicting comments from Washington and Beijing on the progress of negotiations.

“We have committed not to do this,” Yi told reporters. He noted the US Treasury Department had declined many times to label China a currency manipulator in its semi-annual report on international exchange rates.

Beijing and Washington have been locked in a bruising trade war since last year, imposing tit-for-tat tariffs on more than $360 billion in two-way trade, which has left global markets reeling. “The two sides reached consensus on many crucial and important issues,” Yi said, without specifying which issues.

China’s banking regulator told reporters earlier this week that the two sides would reach a consensus on the exchange rate and indicated it would not be a sticking point in the way of a larger trade agreement.

Yi Gang said Washington and Beijing had discussed exchange rates in recent trade talks and reached a consensus on many “crucial” issues.

“China’s efforts and achievements in maintaining the basic stability of the renminbi exchange rate at a reasonable and balanced level are recognised by the whole world,” Yi said.

In the past three or four years the exchange rate had been under market pressure to depreciate, Yi said, adding that Beijing had used up $1 trillion of China’s foreign currency reserves to stabilise the currency. There have been conflicting comments from Washington and Beijing on the progress of negotiations.

Read more: US shies away from calling China a currency manipulator

Beijing is hopeful about its next round of trade talks with the US, China’s vice minister for commerce Wang Shouwen said Saturday, after revealing that top negotiators had tried to hammer out a deal over a lunch of burgers and eggplant chicken in a recent round of talks.

Donald Trump on Friday said he remains optimistic but will not sign a pact unless it is a “very good deal”, and a top economic advisor said the US president could walk away from a bad deal.

The two sides were thought to be readying for a Trump-Xi meeting at the end of March, but the US ambassador to China said Friday that the two countries were not yet ready to bring together the two leaders for a summit and deal signing.

Will China’s protection of Masood Azhar create bigger problems for Pakistan down the road?