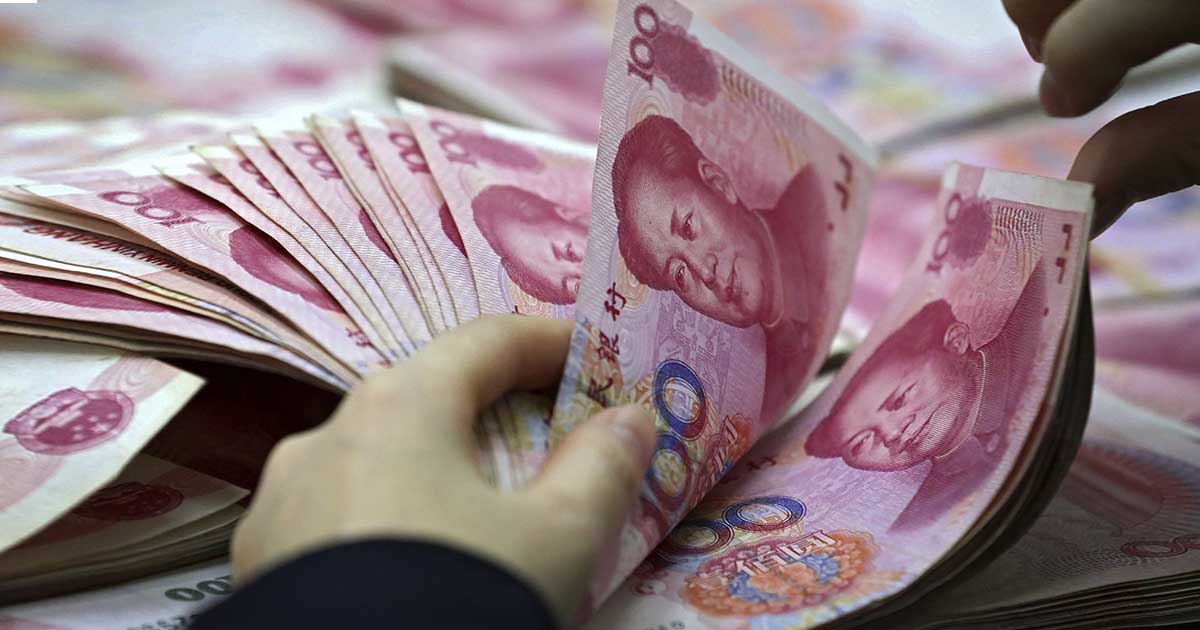 China’s currency slid on Monday to its weakest point in more than 11 years as concerns over the US trade war and the potential for global recession weighed on markets. The onshore yuan was around 7.1425 to the US dollar in late morning Asian trading, its weakest point since early 2008, but slightly off lows reached earlier in the day.

Global economic tensions have intensified in recent days with the Washington and Beijing raising tariffs on each other’s imports, President Donald Trump calling on US businesses to leave China, and the fracas fuelling warnings of a worldwide downturn. The yuan is not freely convertible and the Chinese government limits its movement against the dollar to a two percent range on either side of a figure that the central bank sets each day to reflect market trends and control volatility.

The People’s Bank of China has set that rate steadily weaker in recent weeks and on Monday put it at 7.057 to the dollar. Allowing the yuan to depreciate makes Chinese exports cheaper, and offsetting some of the burden of punitive US tariffs.

Trump this month angrily accused Beijing of weakening the yuan “to steal our businesses and factories”.

“The gloves are coming off on both sides and as such yuan depreciation is an obvious cushion against US tariffs,” Mitul Kotecha, a senior emerging markets economist at Toronto-Dominion Bank told Bloomberg news. “As long as China can ensure that yuan weakness is well controlled, i.e. it does not provoke strong outflows, expect to see further depreciation in the currency.”

The yuan breached the key 7.0 threshold against the dollar earlier in August, just days after the US announced plans to impose fresh tariffs on Chinese imports from September 1. The plunge past 7.0 prompted Washington to officially brand Beijing a “currency manipulator” and raised fresh concerns that the two sides were weaponizing economic policies.

US politicians have long accused China of keeping its currency artificially low in order to increase the competitiveness of its manufacturers. But Washington had previously refrained from branding China a “manipulator”, as that was seen as a significant escalation in trade tension between the world’s two biggest economies.

The designation is largely symbolic, however, as it calls for consultations with countries found to be manipulating. But it could gain teeth if the Commerce Department begins imposing tariffs on countries determined to be undervaluing their currencies, as the department earlier this year said it plans to do.

Trump this month angrily accused Beijing of weakening the yuan “to steal our businesses and factories”. A statement by the office of US Treasury Secretary Steven Mnuchin after the “currency manipulator” tag was applied said he would engage the International Monetary Fund “to eliminate the unfair competitive advantage created by China’s latest actions”.