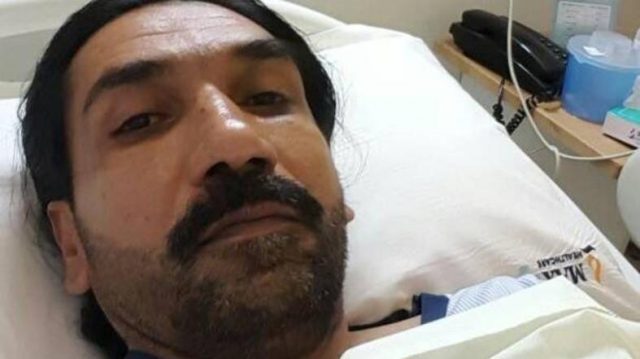 The mastermind of Chinese Consulate attack in Karachi is reportedly receiving treatment at a hospital in New Delhi. The attack on the Chinese consulate on Friday resulted in the martyrdom of two police officer and two civilians, but the quick and efficient response of forces killed all three terrorists failing them to enter the building. All Chinese staff remained unharmed.

The law enforcement agencies have arrested two suspected facilitators of terrorists from Karachi and Shahdadpur. Both arrested are taken to an undisclosed location and are being interrogated. One of them was contacted by the terrorist before the attack on the consulate. Identities of suspects haven’t been revealed yet.

Apparently, as per sources, Achu had fled to India after getting injured in an exchange of fire with Pakistan forces 18 months ago.

The attack was claimed by the Baluchistan Liberation Army (BLA) as their official Twitter handle stated,” Fidayeen of BLA attacked the Chinese embassy in Karachi.” Interestingly, a picture on social media has grabbed the attention as it shows a senior BLA commander Aslam Alias Achu ‘alive’ and ‘at the hospital’; both are shocking.

Read more: This police officer is winning the hearts of millions across Pakistan

Aslam Alias Achu belonged to Afghanistan and he came to Baluchistan in 1992, joined BLA and became its very important commander. He had killed hundreds of people including high-profile security and other officials. The government had announced Rs 600, 000 as his head money.

More than a dozen FIRs had been registered against him and he was wanted in cases of kidnapping for ransom, murders, receiving extortion from coal mine owners. As per the government of Baluchistan, Achu, the senior commander and spokesperson of BLA was killed in a gun battle with security forces in March 2016.

The law enforcement agencies have arrested two suspected facilitators of terrorists from Karachi and Shahdadpur.

The then Baluchistan government’s spokesman, Anwar-ul-Haq Kakar, said,” I confirm the killing of a high-profile commander of the banned Baloch Liberation Army, Aslam Achu alias, in the gun battle.” “He was an Afghan Tajik and his body is now in the custody of security forces,” he added.

The picture of Achu circulating now on media shows him alive and healthy. More shocking is the hospital he is getting treatment at. “Max Healthcare”, is a hospital in the capital of India, New Delhi. Apparently, as per sources, Achu had fled to India after getting injured in an exchange of fire with Pakistan forces 18 months ago.

Achu, who has links with Afghan Intelligence agency, is getting treatment at India’s hospital, just shows how strongly the anti-state actors are being exploited by rivals of Pakistan. It indeed is what majority of analysts believe, the BLA is India’s proxy out to destabilize Pakistan.

India’s nexus with nationalist terrorist groups in Pakistan was seen in case of Kulbhushan Yadav who had confessed that he was a RAW agent working in Pakistan to plan, coordinate, and organize espionage and sabotage activities, aiming to destabilize and wage war against Pakistan.

He was specifically assigned the job to impede the efforts of Law Enforcement Agencies for restoring peace in Baluchistan and Karachi. Fearing the stronger, stable and prosperous Pakistan with its CPEC project, India has been using terror attempts and manipulation of ethnic groups in Pakistan to destabilize the country.