If anything Pakistan should be thankful to Modi for validating the "Two Nation Theory". The way Modi injected hatred and violence in the legal structure of India is worthy of applaud. CAB stands to be his biggest feat against minorities of the nation. 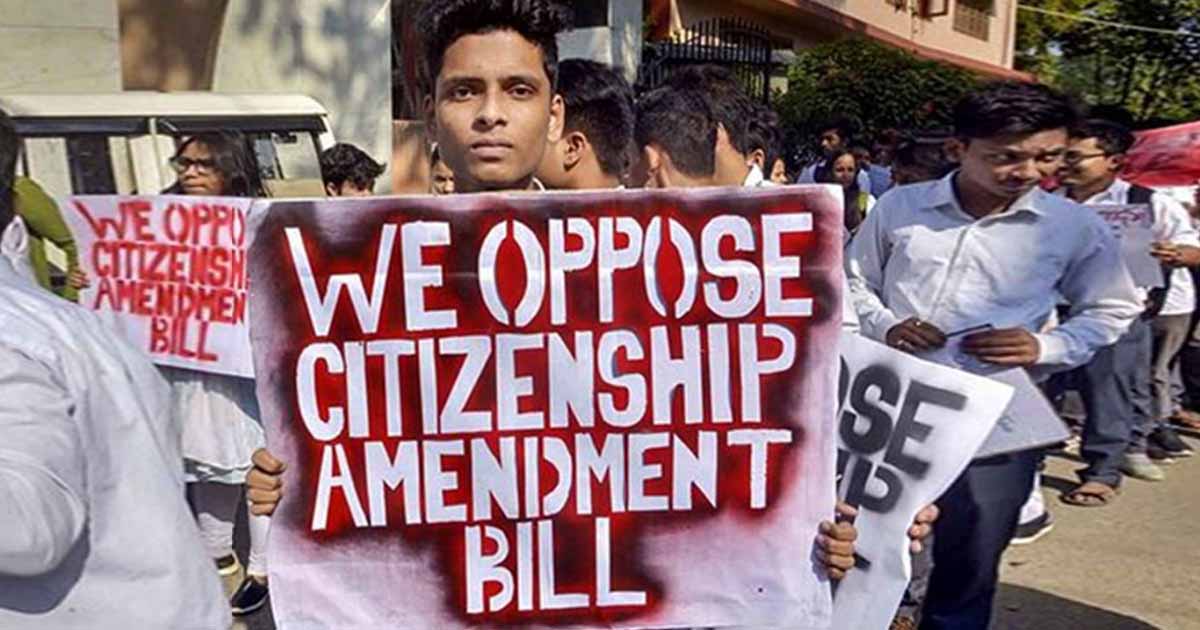 The Citizenship Amendment Bill (CAB) was approved by the Indian Parliament. The bill was passed and now in India, religious discrimination is the law of the land. The Indian government says that CAB opens doors to non-Muslim minority groups in neighboring Muslim majority countries such as Bangladesh, Afghanistan, and Pakistan. Will get into the ulterior motives of the law later but kudos to India for legalizing hatred, racism, and bigotry. Before I get into the nitty-gritty of the law, I want to thank Modi for validating the Two-Nation Theory.

In Pakistan, many left-wing intellectuals, a title they get after reading a dozen newspaper articles, consider it a sign of intelligence to question the creation of Pakistan. They argue that in a united India perhaps we could have all lived together peacefully and as free citizens and that what really was the need for a separate homeland for the Muslims of the subcontinent. To quote Asad Rahim Khan’s impeccable article for Dawn this week titled “Creation Myths,” Jinnah was a nationalist who believed in a united India.

He was even given the title of “the ambassador of unity” for his fierce advocacy of Hindu-Muslim unity in a united India. But then Gandhi injected religion into the freedom struggle inculcating terms such as ‘Satya’, ‘Dharma’ and so forth. The zeal that followed was something Jinnah realized he couldn’t control. He came to one unmistakable conclusion; that there has to be a separate homeland for the Muslims of the region. Hence, the Two-Nation Theory.

The so called left-wingers in Pakistan should know this history and should also know the present; that the only Muslim majority territory that India holds is actually an occupied territory called the Occupied Kashmir, which is an open air prison. Muslims are lynched and the prime minister of India right now was involved in killing close to 1200 innocent Muslims in Gujarat when he was the Chief Minister there. That is the life we would have been living now. Indian celebrities Shabana Azmi and her celebrity husband Javed Akhtar couldn’t purchase property in Bombay because of their Islamic faith.

Shabana Azmi said, “I wanted to buy a flat in Bombay and it wasn’t given to me because I was a Muslim and I read the same about Saif (Ali Khan). Now, I mean, if Javed Akhtar and Shabana Azmi cannot get a flat in Bombay because they are Muslims, then what are we talking about?” Saif Ali Khan is another leading Bollywood celebrity. This is the fate of the super rich celebrities, imagine what the poor Muslims in India face. The imbeciles in Pakistan can use just these two pieces of information for their brand new minds.

Now coming to CAB, the intention behind it could be better understood by knowing and understanding the National Register of Citizens (NRC). This is a list of all people who are able to prove that they came to India on or before March 24, 1971; actually before the creation of Bangladesh. It is a herculean task to provide documentation from that time. Given that difficulty, the list rendered close to 2 million people in Assam stateless, facing deportation or internment.

Read more: Dissension on PM Modi within India increase after assault on students

Now, many among those 2 million are non-Muslim. That means the Hindus, Parsis, Jains, Sikhs, Christians, and Buddhists would also be either deported to Bangladesh or be imprisoned. That is where the CAB comes into play. CAB says that if you have lived in India for 6 years and you are either a Hindu, Jain, Parsi, Christian, Sikh, Buddhist, just as long as you are not a Muslim, then you can stay in India and even become a citizen.

The Indian government is saying that we want to give shelter to non-Muslim minorities from Bangladesh, Pakistan, and Afghanistan. The CAB is acting as a filter both ways. On the outside, it filters out Muslims from coming to India. On the inside, it filters in any non-Muslims from being deported as a result of NRC. The NRC as explained above is supposed to push out close to 2 million residents belonging to all faiths but CAB is now in place as an insurance policy to protect the non-Muslim from that outward push by the NRC.

Indian Supreme Court justices know full well that in a society filled with lunatic Hindutva extremists, good guys would have to either cover their faces or else do whatever the lunacy demands

In my humble view, while there is noise about how CAB is opening the Indian doors only to non-Muslims from neighboring Afghanistan, Bangladesh, and Pakistan, the real ulterior motive is to push out as many number of Muslims from India as possible and protect the non-Muslims especially Hindus in remaining inside. The real sinister cause is to open doors but not so much to incoming persecuted non-Muslims but rather to the exiting Muslims.

The Indian Home Minister Amit Shah even said that this sinister cause doesn’t end there and that the experiment of purging the society of Muslims would be replicated in the rest of the country as well. The rest of India should know one thing: today it is Muslims, tomorrow it is them. These tentacles of Modi’s regime are not going to stop here unless he is checked, either by the Supreme Court or more importantly by the people themselves.

I do not attach much hope to the Indian Supreme Court though. I do not believe they will be able to do the magic. In Colombia, when Pablo Escobar was alive and his drug cartel was active and strong, judges and only brave judges, used to give drastic verdicts against the cartel by covering their faces. Those judges knew what consequences await them if their identities were uncovered.

Indian Supreme Court justices know full well that in a society filled with lunatic Hindutva extremists, good guys would have to either cover their faces or else do whatever the lunacy demands. For anyone wanting to study the dark side of democracy, India under Modi presents a perfect case study. The odds are against sanity. The odds are against peace. Rough times are ahead of us.

Previous articleFragile Masculinity of Pakistani men seeks ban on ‘Chamkeeli’
Next articleGCC: Not yet ready to remove blockade from Qatar?

24 July 2021
Previous articleFragile Masculinity of Pakistani men seeks ban on ‘Chamkeeli’
Next articleGCC: Not yet ready to remove blockade from Qatar?

UK cinemas to be torched for ‘Padmavati’ screening

India in no position to talk about minority rights violations anywhere: Pakistan