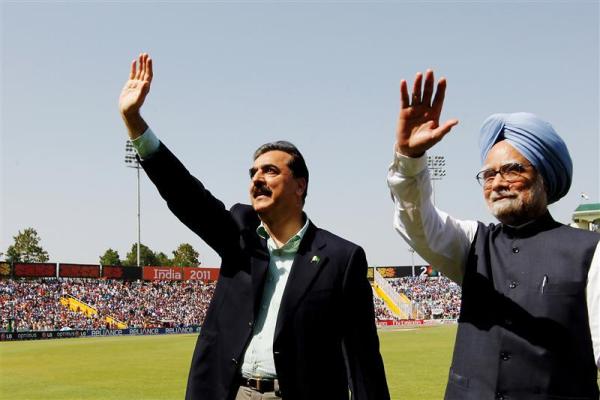 The “mysterious” Indian Sufi clerics have returned to India in one piece and without any marks of torture. To the surprise of Indian media and government, allegations against Pakistan’s intelligence agency, ISI, have been proved wrong – once again.

Pakistani agencies had been keen on locating the two missing clerics on the demand of the Indian authorities. Sushma Swaraj, foreign minister of India, had however accused that ISI may have a role to play in the disappearance of the two clerics – Syed Asif Nizami and Nazim Nizami.

What is funny and certainly embarrassing for the Indian governments is the fact that the two clerics had given a statement earlier that they were in remote areas of the Sindh province where the mobile signals had died out. Even after the truth had been rolled out, the government of India had put allegations that the clerics were in fact “abducted” by the Pakistani authorities.

@GVS_News @MoeedNj You guys should’ve kept them. Why did you send them back?
— VishwaKaKalyanHo (@MrTulmak) March 23, 2017

India has a well established habit of blaming Pakistan for almost everything unfortunate that happens within the Indian territory – or in the region. Back in 2015, India had claimed that Pakistan had in fact sent a spy pigeon across borders. BBC had published this story with the subtitle: “A pigeon has been arrested by police in India on suspicion of being a spy from Pakistan.”

An innocent pigeon, crashing against the airy winds of Jammu and Kashmir borders, was highlighted as a spy. If that wasn’t enough to question the abilities of the Indian intelligence agencies ,the clerics saga has confirmed that New Delhi has a knee jerk habit of jumping to conclusions.

@GVS_News @MoeedNj oh our phobia was right, you kidnapped them and took them to Sindh.

The Nizamis had initially visited Pak Patan Sharif’s Shrine of Baba Farid, on March 13, which is located a few hundred kilometers from Lahore and had then traveled to the Data Darbar. The duo was set to return to India last Thursday.

According to The Hindu, the clerics on their return had blamed a “little-known Urdu newspaper in Pakistan” for the issue that had come up.

Apparently, a newspaper had speculated that the clerics were special agents of RAW and the Muttahida Qaumi Move­ment (MQM), which is a controversial political party in Pakistan. Paper had speculated that this rumor being spread might have been the reason behind Pakistani law enforcement agencies questioning them. However, the Nizami’s had stayed quiet on what if any “agency” had held them or questioned.

The Times of India’s went into its own over-drive; it had launched a debate that if the Sufi, religious Khadims are being considered as terrorists then Pakistan has, in fact, become a “hardline” state. The leading India newspaper had also termed Pakistani media referring to the clerics as spies as “shocking”. However they conveniently forgot about Indian media and governement’s “spy pigeon” which flew over the Indian den. Unfortunately both countries suffer from their set of phobias against each other.

“Pakistan’s option of bleeding India by a thousand cuts is still very much on the table” said a blog post at the Times of India. Pakistani commentators will argue that Pakistan has tried various times to reach out to the Indian government to put an end to the never-ending “hate” spreading amongst Indians against the common, innocent Pakistanis. All Pakistani efforts to date, over the past 17 years, to engage India in a substantive dialogue over the contentious issues – like Kashmir, Siachin, Water and Dams – has not reached anywhere. Pakistani commentators often complain that India is only offering dialogues to agree on “dialogue” – an exercise designed to fool the international community.

Note: An earlier version of this story didn’t have the tweets; tweets from Indian viewers are a reaction to this story.

Education: A privilege of the rich

Bollywood’s Dark Secret: Voices that will uncover harassment in the industry