Climate change cannot be denied. The question is not whether it's a human-made or a natural occurrence; instead, we need to unite and act together to uplift ourselves and fight climate change. It threatens our survival. 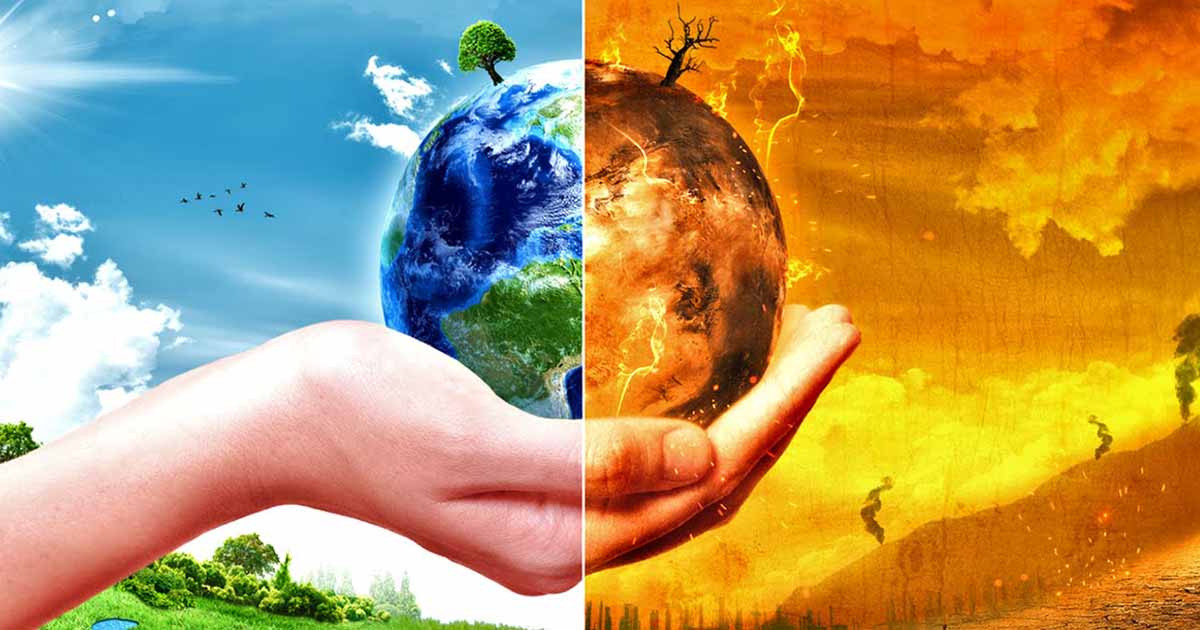 Climate change is a test of humanity, ambitions, and the struggle for existence and a threat to our love of idealism.

There’s a need to focus on climate change

In its annual report, Global Climate Risk Index (CCPI) placed ten of the developing countries, formerly colonized nations, prone to climate change in its top ten rankings. It brings them devastation, curtailment of freedom, and more poverty and death tolls.

Their poverty-stricken cities are prone to devastating flooding, enough to give them an extra nuisance which they can’t control alone.

Whereas the big powers are not willing to accompany them in their fight against climate change. It was shown by the withdrawal of the United States from the Paris Agreement of climate change and the rising terraces of coal industries and polluting Chinese factories along her coastal lines.

Read More: Let Us Talk About Climate Change, Shall We?

Only 5 of the G20 members are willing to cooperate

Air pollution is already rampant in the rising skyscraper cities of China. And the persistent deadlock within the European Union over the role of leadership in the fight against climate change adds another backdrop to climate change reality.

G20 nations that represent highly developed states represent an astounding figure of 78 percent of all emissions. Yet, only 5 of the G20 members are willing to set a timeline for net-zero emissions.

Climate denial is another area which needs broad-based consensus to overcome it and mold the public opinion more scientifically.

For instance, Pakistan is at sixth position in CCPI. A lower-middle-class country like her needs US$ 40 billion to reduce 20 percent emission for the next decade. And an annual 7-14 billion for adaptation toward a green economy. It’s a figure near the debt-to-GDP ratio of her economy when in the world, there is a gap and deadlock over climate financial support.

Read More: We will lose the climate change race while stimulating economy amid pandemic

There’s no broader consensus from world leaders on climate change

The efforts at the global level are directed to keep the temperatures below 2ºC or 1.5ºC.

European Union banned plastic and coal subsidies, closing the last plants in 2020, in Spain. Still, the hypocrisy is that the developing Global South cannot battle climate change alone, and nor are they supplied with any subsidies.

The passing years persist in pressing more insecurity on our existence as climate change shows her face every year.

In 2018 heatwaves thundered the coastlines of South Asia and Japan. This climate change triangle also encroached on Germany, located in the European Temperate Zone. It cost a colossal economic loss, a figure up to US$ 60.42 billion.

In September of 2020, the South Asian megacity, Karachi, flooded to knees, an economic hub of the region, a metropolitan city that houses more than 20 million people.

Unsustainable pattern: Need to change lifestyle in the future

This unsustainable pattern in the future can increase the temperature in urban settings up to 12°C. It is destined to impact food production, further upsetting the posture of world food security. More people died of hunger in 2020 than of the COVID-19 pandemic. And 98 percent live in the developing region, which is most prone to climate change.

The three dead-ends that hang on our heads, the pandemic, the hunger, and the climate change present a gloomy future if we remained in a deadlock and didn’t opt for cooperation at a global level.

The indicators to first alert us about climate change were the tropical oceans and the Arctic. And it began to show signs by the 1830s according to a new Nature discovery, which complements the rise of Industrialization.

With time the changes started to spread from the Northern Hemisphere to the Southern in the 20th century. The slowly changing pattern of changes hangs over the coastal regions in Asia-Pacific in the 21st century, home to half of the world population.

Since 1970, a loss of 75 percent of Arctic summer sea ice has been recorded. Every drop adds to the ocean that lives with us side by side and makes us prone to the devastating tornadic waterspouts that can spill into the lands and the havoc causing tsunamis. In 2015, the threshold of 1℃ passed. We are moving toward 1.5℃.

The 2011 Japanese tsunami caused a loss of more than 20,000 lives and damage of US$ 320 billion. For instance, Hurricane Matthew rampaged the Caribbean, and the South-Eastern US was another showdown from our destructive policies.

The 2015 Nepal earthquake was another episode that took 9000 lives. To recent findings, it was relevant with a prodigious quantity of rain that submerged into Indo-Gangetic plains.

The Australia Bushfire of 2019-2020 gave life to another list that encloses a dozen or more animals that are on the verge of extinction. Climate change is surging the frequency of bushfires across Australia. 2019-2020 alone added a figure of 400 megatons of carbon dioxide into the atmosphere.

We need to cut global emissions by 7.6 percent annually to reach the target of the Paris Agreement of 1.5℃.

Monsoon patterns are becoming uncommon across South Asia. It can make another Africa out of Asia because one of the elements that add up into Africa’s economic underdevelopment is her irregular rain pattern.

Covid-19 pandemic is an opportunity for policymakers and civil societies. A fresh start will be required; a pattern of new goals will emerge. The new plans must focus on the transition from the fossil fuel economy to a green economy.

Climate change cannot be denied. The question is not whether it’s a human-made or a natural occurrence; instead, we need to unite and act together to uplift ourselves and fight climate change. It threatens our survival.

The writer is a researcher. The views expressed in this article are the authors own and do not necessarily reflect the editorial policy of Global Village Space.

Violence in the Courts: How can the Academy be helpful?

PDM Lahore Jalsa: How big a threat for IK government?