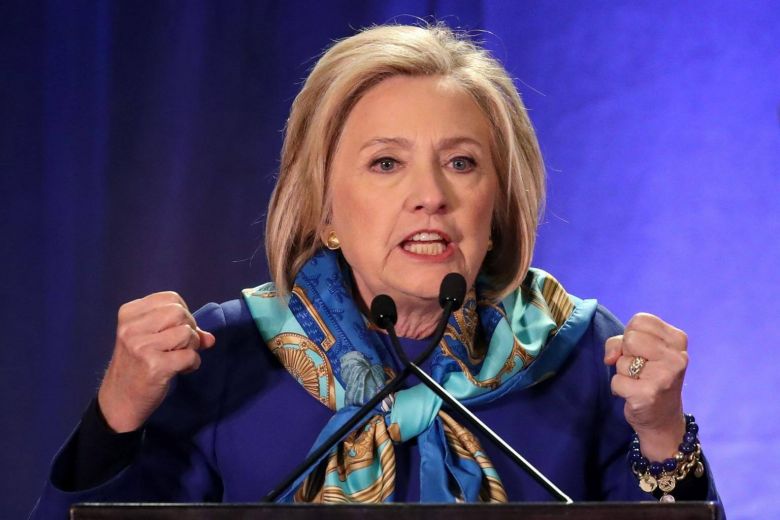 Hillary Clinton warned Australia and other democracies Monday to be on guard against growing interference in their domestic politics by China and Russia. The former US secretary of state, beaten by Donald Trump in the 2016 presidential election marred by allegations of meddling by Moscow, said it was a concern for all political parties.

“And whether it’s Russia in a secret way interfering with our election and producing more than 3,500 ads to try to confuse our electorate, to try to damage me, or the Chinese looking to try to influence policy, we should say no. Clinton added: “I don’t care what side of the political aisle you might be on, in either Australia or the United States.

The former US secretary of state, beaten by Donald Trump in the 2016 presidential election marred by allegations of meddling by Moscow, said it was a concern for all political parties.

“We have an interest in making sure that decisions that are made by our governments are not the result of some kind of influence peddling by a foreign power.”Australia has seen tensions with China rise recently over allegations of Beijing interference in domestic politics and using donations to gain access.

Read more: Hillary Clinton is the latest to appreciate Shahid Afridi after Justin…

The claims infuriated China, which has attacked local media stories about infiltration as hysteria and paranoia. Canberra and other regional capitals have also become increasingly alarmed at China’s push into the Pacific, which could upset the strategic balance in the region.

Clinton said despite deepening trade relations with China, democracies could not ignore foreign interference. “Australia has a lot of interests with China, certainly your economy is intertwined with China,” she said.

“But I do think that Australia, along with other liberal democracies around the world, has got to take the threat of foreign interference seriously.”Australia is undergoing wide-ranging reforms to espionage and foreign interference legislation, having singled out China as a focus of concern.

The decision followed an inquiry ordered by Prime Minister Malcolm Turnbull last year after reports that Australia’s spy agency had warned politicians about taking donations from two billionaires with links to China.An Australian senator quit parliament in December over his relationship with a wealthy political donor associated with the Chinese Communist Party.

Taliban confirms talks with US officials on Afghan conflict