COAS extension fiasco: Is Maryam at loggerheads with Khawaja Asif?

Maryam Nawaz maintained silence after several controversial political developments. She was reportedly expecting to seek some relief. However, now, claim sources, Maryam is up and making her away to leave for London. Read the full story to know about what is going on within the PML-N. 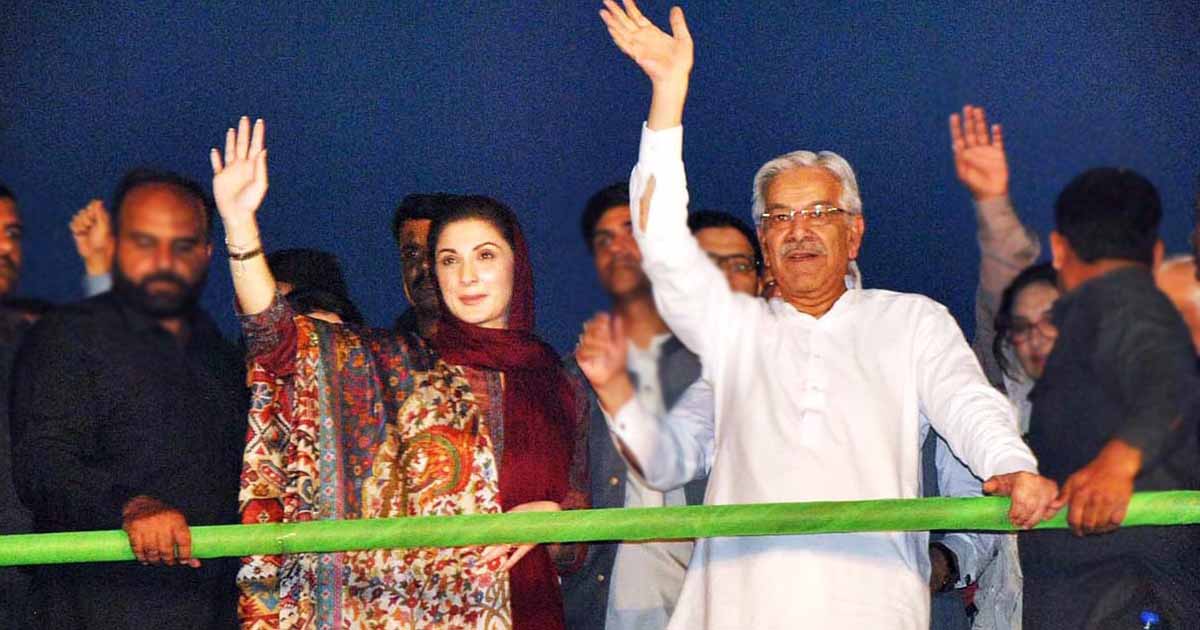 As predicted by many political commentators in Pakistan, Pakistan Muslim League-Nawaz (PML-N), former ruling party, is divided on almost every outstanding issue ranging from the matter of unconditionally supporting the army chief’s extension in service to who will lead the party in the absence of principal leadership. Reliable sources claim that Maryam Nawaz and Khawaja Asif, and some other senior leaders, are not ready to work under each other’s leadership. This is creating rifts within the party which may lead to forward bloc in the future.

This power game is far from over, as contrary to the expectations of many political pundits and analysts, the behind-the-scenes dialogues have not ended, nor has the PML-N’s political strategy of mending fences with the establishment backfired. https://t.co/Zvi8MNNFEG— imad zafar (@rjimad) March 10, 2020

The senior leadership of the PML-N on Tuesday urged party president and National Assembly Opposition Leader Shehbaz Sharif to return to the country and lead the upcoming protests against the Pakistan Tehreek-e-Insaf (PTI) government.

The PML-N chief had left Pakistan with his elder brother Nawaz Sharif after the latter was allowed to go to London for medical treatment in November by the Lahore High Court. Both haven’t returned despite the expiration of bail given to the elder Sharif by the Punjab government.

It is worth noting that this publication recently reported that Shehbaz Sharif is not returning to Pakistan any time soon. Credible sources told GVS that the PML-N’s President is considering various options before making any final decision. “Shehbaz Sharif always wanted to come back to Pakistan but he never trusted Nawaz and Maryam,” a source, GVS spoke with, said.

Earlier, media reports claimed that Shehbaz Sharif held a two-hour-long consultative meeting with elder brother and former premier, Mian Muhammad Nawaz Sharif. It was revealed, read reports, that Shehbaz Sharif will board a flight tentatively within the next two days for his return to home soil.

According to sources, the PMLN members also considered the appointment of a senior leader, preferably Shahid Khaqan Abbasi, to head the party in parliament in the absence of Shehbaz Sharif, as Khwaja Asif was not “representing the aspirations of the party lawmakers”.

A proposal will be sent to London for a final decision, where party president Shehbaz Sharif will decide this after a consultation with supreme leader Nawaz Sharif.

Sources said the party leaders also questioned the role of Khawaja Asif as the parliamentary leader and the party’s decision to support the extension given to the army chief, Gen Qamar Javed Bajwa.

Asif shrugged off the criticism, saying he also used to make passionate speeches when he was “young”. About the extension to the army chief, he said the party leadership took the decision of supporting the extension bill.

Moreover, Shahid Khaqan Abbasi expressed displeasure over the decisions taken at the Business Advisory Committee, which said that the government and opposition lawmakers would be given equal opportunity at the floor of the House.

As per the parliamentary tradition, opposition members are given the opportunity to speak on any issue, whereas a minister’s job is to wind up the debate.

Abbasi questioned the decision to support the new tradition as per which the National Assembly speaker gives the floor to a treasury member as soon as a lawmaker from opposition benches stops talking. He said this tradition has often led to pandemonium in the House instead of a constructive debate.

Bring back Vote ko Izzar Do

During the meeting, Senator Pir Sabir Shah complained that the party had “suffered damage by putting behind the stance [Vote ko Izzat Do] of supremo Nawaz Sharif”. He said that PML-Nshould have “taken advantage of PTI’s poor performance”, adding that the party’s performance in the parliament had disappointed the people. He went on to warn that if the party did not stick to Nawaz’s stance, it would lose the support of the masses.

The heavy price of a ‘mistake’

It is to be seen will Shehbaz Sharif come back to Pakistan or not. However, it is now certain that struggle to become more powerful in the PML-N has just begun, and it may lead to formation of a forward bloc within the party.

What triggered the rift between the factions of Tehreek-i-Labbaik Ya Rasool Allah?

Qatar going out of its way to support Syrian refugee children