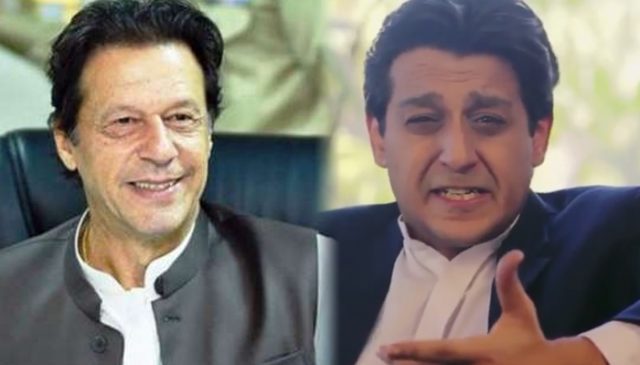 Comedian Syed Shafaat Ali in a heartfelt message shared his experience of mimicking Prime Minister Imran Khan to stop the man from taking his life who had climbed the tower in Blue Area, Islamabad on Saturday, December 22nd with the intent to commit suicide due to the deteriorating conditions of the economy.

Fayyaz, hailing from Sargodha climbed the electric tower and demanded that he be appointed the country’s premier as he had a plan to fix the crippling economy and repay the debts in six months. He demanded to have the assurance from the Prime Minister Imran Khan; only then he would get off the tower.

The police soon contacted the comedian Shafaat Ali and requested him to impersonate PM Khan and persuade Fayyaz to come down. After talking to Mr. Ali, Fayyaz agreed to get off the tower. The rescue officials brought him down safely and shifted him to the police station for further interrogation.

In his message, Mr. Ali shared how difficult it was for him to prove himself as the ‘prime minister’ to the man. Shafaat Ali while talking to media said, “The person was first reluctant in recognizing me as the prime minister and put several questions to prove my identity as PM Imran Khan.”

In a post on social media, Mr. Ali wrote he was first reluctant to act ‘prime minister’ but eventually conceded to the request of the Police. Comedian said he was very afraid since the man was on the edge of giving up his life. He said had he failed that day he would have been drowned in utmost shame for failing to save a man.

Shafaat Ali said later he received many calls from the people who mocked the man but for him, it was a serious issue. He requested people to take the mentally challenged people seriously since these people are highly sensitive and observant of their surroundings.

What good is a JIT report of 35-page that does not explain the motives of the killers?