Assange used WikiLeaks to publish classified military and diplomatic files in 2010 about US bombing campaigns in Afghanistan and Iraq that proved highly embarrassing to the US government. 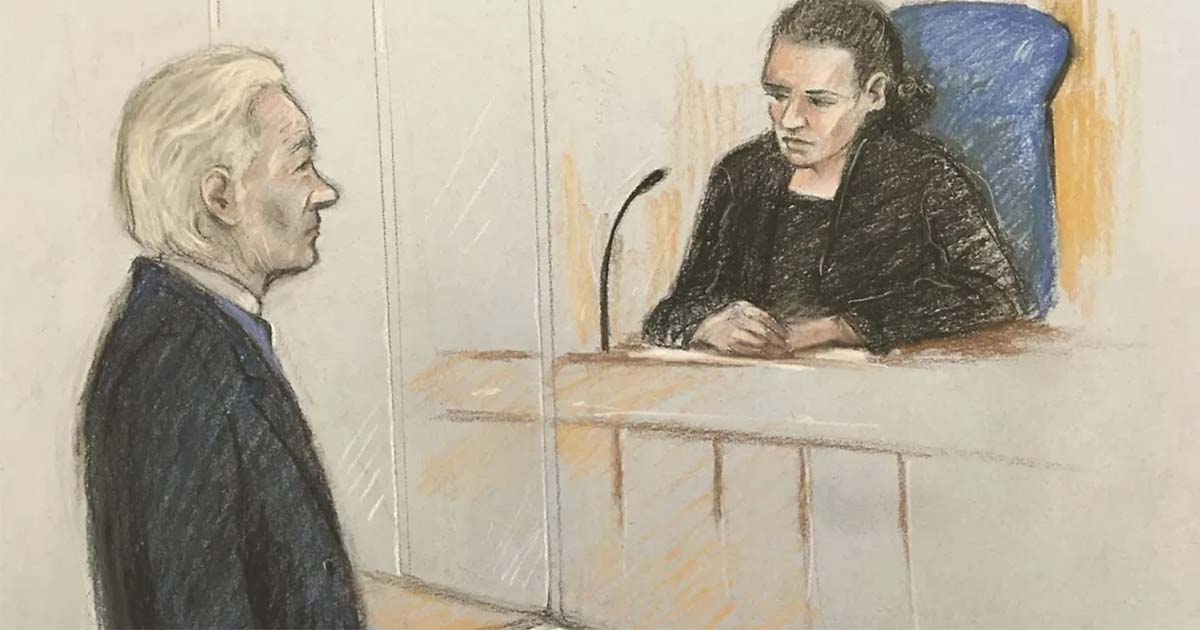 WikiLeaks founder Julian Assange appeared in public for the first time in six months on Monday, seeming frail and confused during a British court appearance ahead of his extradition hearing.

The 48-year-old Australian is fighting a United States bid to extradite him on charges filed under the US Espionage Act, and sat in the witness box as a London court decided the timetable of his full hearing, due to begin in February.

Although clean-shaven and dressed smartly in a blue jacket, blue jumper and dark trousers, Assange appeared confused whenever he was asked to talk at Westminster Magistrates’ Court.

The small courtroom was also packed with his backers, including journalist John Pilger and former London mayor Ken Livingstone.

He seemed to have difficulties recalling his birth date, and at the end of the hearing told District Judge Vanessa Baraitser that he had not understood what had happened in court. He then complained about the conditions in which he was being kept at the high-security Belmarsh prison in southeast London.

Today in court, Julian Assange struggled to say his own name and date of birth as he appeared in the dock. He claimed to have not understood what happened in the case management hearing, and was holding back tears as he said: "I can't think properly".

“I can’t access any of my writings, it’s very difficult to do anything and these people have unlimited resources, they have an unfair advantage,” he said in a barely audible voice. Assange also suggested that someone had tried to steal his children’s DNA before adding: “I can’t think properly”.

It was his first public appearance since being dramatically dragged from Ecuador’s embassy in April. He could be sentenced to spend up to 175 years in a US prison if convicted on all charges.

Protesting at the van taking Julian Assange away from court today. In solidarity as he goes back to Belmarsh prison.#freejulianassange @wikileaks pic.twitter.com/fACQPcAyZJ

Baraitser rejected his legal team’s request for more time to gather evidence, telling Assange his next case management hearing would take place on December 19, before a full extradition hearing in February. Assange’s lawyer Mark Summers also claimed the US had invaded his client’s legal privilege.

“The American state has been actively engaged in intruding into privileged discussions between Mr Assange and his lawyers in the embassy, also unlawful copying of their telephones and computers — hooded men breaking into offices,” he said.

Assange used WikiLeaks to publish classified military and diplomatic files in 2010 about US bombing campaigns in Afghanistan and Iraq that proved highly embarrassing to the US government.

He has been making periodic appearances by video-link at administrative hearings as he tries to prove that he is no longer a flight risk and can be set free on bail due to poor health.

He recently served his term for violating his bail terms, when he sought asylum in the Ecuadorian embassy in London in 2012, but is still in custody while his extradition case is ongoing. Around 50 supporters gathered outside the court, chanting “free Julian Assange”, led by a man with loudspeaker.

One supporter was dressed as a whistle, holding a sign saying “protect journalists, publishers, whistleblowers”. The small courtroom was also packed with his backers, including journalist John Pilger and former London mayor Ken Livingstone.