China successfully fought against COVID-19 because of high measures of organization, flexibility and imaginative implementation. Pakistan's bureaucracy needs to prove its capabilities as it is the only force that have the capacity to fight the pandemic in Pakistan. 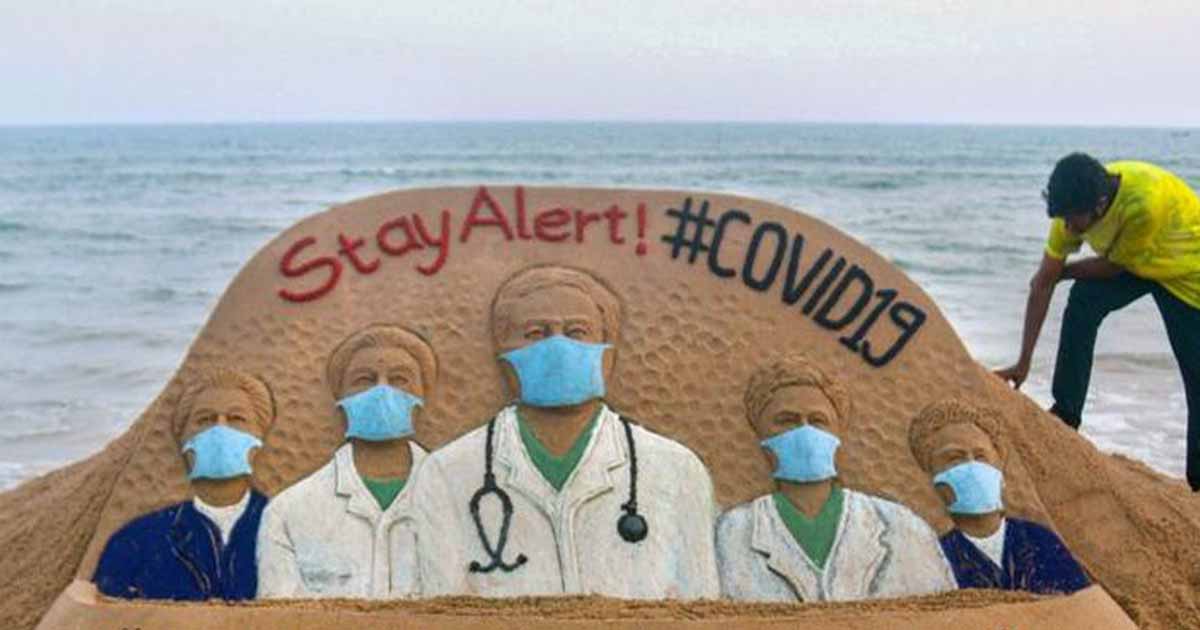 Faced with an unprecedented situation from the moment Chinese authorities began fighting the outbreak of Corona Virus in Wuhan city a high measure of organization, flexibility and imaginative implementation was the need of the hour.

What has unfolded has challenged even the most advanced countries that have well organized state institutions and health care systems have had to resort to harsh measures like police controlling of the rules, forced closing of pubs/restaurants, etc and at times threatening punishment, including jail time.

When approached by citizens, the courts of law ruled that the interest of the community rules prime over the interest of the individual. A century ago this was annunciated in 1919 by US Justice Oliver Wendell Holmes as a concept of how to approach a situation of “clear and present danger”.

The more dangerous consequence of the health related fallout may be the economic outfall of the lock-down. The recovery of the global economy might take years, if not decades, and it may create, as a consequence, a new world order. With most industries shut down and supply lines broken the world economy is already in recession as the IMF chief recently admitted.

This abhorrent practice is detriment to the smooth running of the govt as well as a source of great vexation for the people, particularly when the nation is battling the Corona Virus

Financial resources of countries are overstretched, all budgets had to be overturned and countries like Pakistan that have been reeling under a heavy amount of debt could look at bankruptcy as a possible outcome if the debt is not written off or shared by all.

Within days many millions lost their jobs, in the US a flood of people are overrunning the job centers to find work or apply for financial help. On Friday April 3 over 10 million filed for employment in the US, the maximum during the 1929 Recession was 9 million. Countries like Pakistan have millions of daily wage earners who have lost their income with no reserves to fall back on. The economic downfall may result in a fall of agricultural production and a food crisis that may cost more lives than the corona pandemic.

Basically, we are an agricultural country that is able to feed its population but with the current lock-down prolonging, economic problems will become more pronounced. Already announced measures to mitigate the economic fall-out, like keeping roads open for goods transportation are not being implemented. Another, even more urgent matter is the distribution of rations to the needy, however days are going by and nothing is happening. People suffer and soon they may go on a rampage.

Unfortunately, what this nation is afflicted with more often than not is the lack of sincerity and moral uprightness among many in the public sector. The honourable exceptions are few and far between. Already notorious for being extremely lethargic the public sector executes its administrative acts in a way that remind us of the British days. Foot dragging is common in our administration and over time it has been turned into an ‘art’ where no one can be caught or punished.

An organisation might have the best Chairman and have in his/her management team people with best credentials the problem lies down the ladder when any job/task/responsibility has to pass through the process or hands where the wheels actually churn. Those working here will usually give a perception of going by the book but they will use every tactic, known or created, to delay whatever might reach their desks through the pipeline.

They will put it off for the next week or a fortnight or use one of the most preferred red tape hurdle, i.e. put the matter before a ‘Committee’ which actually means they delay could be for months. They have so excelled in this art that they never out rightly refuse to do any work or say ‘no’ but will keep delaying the matter so much that the person who came to them with the request/query will be so fed up that he will eventually have to cancel his request and leave because he has to look at his cost being incurred and his payroll.

Complaining to any higher authority will not work normally, if anything, the entrepreneur can now expect to face even more damaging/dirtier tactics. Even in multi-nationals there is a problem, one particular told my colleague, that Ikram Sehgal was friendly to the previous Chairman as well as to this Chairman also, therefore and tries to go directly” unquote.

Consequently he is using every means for nitpicking and stalling any progress on flimsy pretexts. He has nothing to lose as having job security incidentally comes with a lot of extra ‘fringe benefits’. Only greasing their palms gets such people to turn to their honest side. They will than work most zealously and efficiently. With such temptations it is no surprise that every employee jealously guards his desk and whatever little or big power he wields.

The system is so designed that even after humiliating and insulting people, each one them collaborates to hide the incompetence/corruption of others, which means that even if something goes wrong, many people are responsible, which actually means no one is responsible. This abhorrent practice is detriment to the smooth running of the govt as well as a source of great vexation for the people, particularly when the nation is battling the Corona Virus.

Read more: Covid-19 teaches us not to take socialization & planet for granted

Recently the number of COVID-19 cases climbed past the 2000 while those specialising in foot dragging continue to indulge in favouritism, misuse of powers, low morality and downright corruption. Countries better prepared to deal with the pandemic have a stronger centralization and less developed civil rights but have more discipline and respect for rules in the population.

China, Russia, Singapore and South Korea have in the past criticized or scoffed at for missing political transparency and freedom of their citizens. Another helpful feature is a strong state with well-organized, trained and equipped institutions. In such extraordinary situation they can be used to control the spread of pandemic, unrest and other unhelpful developments but in normal times they can be used to suppress civil rights all together. The crux of the matter lies like so often in finding the right balance, the ‘middle way’.

This govt tried to bring about an administrative reform scheme to contain politicisation of the bureaucracy that was rejected by many sitting bureaucrats who resorted to almost mutinous methods to stop the govt. Today, evolving an inclusive and viable national response strategy to effectively contain the spread of COVID-1/9 is indeed a formidable challenge faced by Pakistan, like most other countries in the world.

While there is no time for implementing such reforms now, this is the time for bureaucrats to prove that they are able to act and act swiftly to implement the policies of the provincial and federal governments without creating hurdles. Political games by the corrupt politicians to derail the cases against them have to be abandoned.

Foot dragging and resorting to other delaying tactics when we are faced with the grim choices between life, death and ultimately, the economy, are playing not only with the lives of the people but the survival of our nation as well. They must be taken to task and given exemplary punishment and assets confiscated.