India and China reeling from COVID-19

China and India are reeling from coronavirus infections; India has recorded its largest daily toll whereas China has recorded new clusters and has forced lockdowns once again on its populace. The virus is turning the heat on the administration, forcing rethinks. 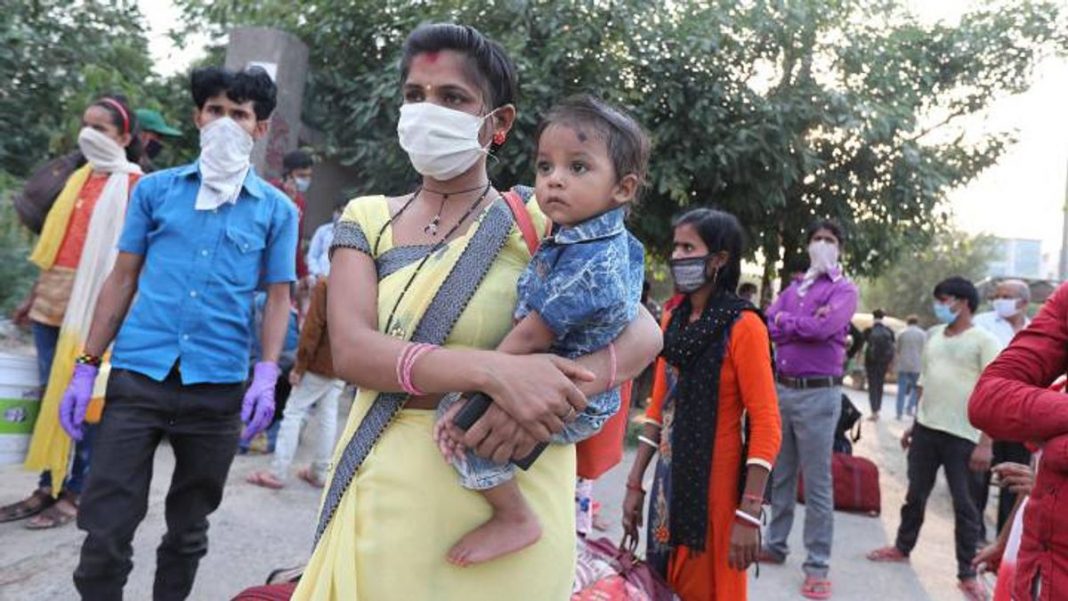 China closed schools in Beijing and restricted air travel from the capital on Wednesday to prevent a second wave of coronavirus infections, as India’s death toll spiked. Coronavirus in India and China has brought the two countries to their knees, with the former unable to control rapidly rising infections and deaths, while the other is scrambling to contain a fresh outbreak by locking down areas where clusters have been detected.

The new Chinese cluster and surging infections in Latin America and South Asia have raised fresh doubts about how soon the world can control the pandemic, which has seen more than 8.1 million cases and nearly 440,000 deaths.

While hopes were boosted by a “breakthrough” treatment that could reduce deaths among COVID-19 patients, the lack of a vaccine means nations have to rely on some form of lockdowns to curb the spread of the virus.

After 31 more cases were reported in Beijing, Chinese authorities on Wednesday cancelled more than 1,200 flights from the capital’s main airports, state media reported, adding to restrictions placed earlier on close to 30 residential compounds.

“The situation is serious and people don’t want to come out,” said Bai Xue, a staff member at a Beijing restaurant which put up a notice online saying it has not sourced food from Xinfadi — the sprawling wholesale market linked to the new outbreak.

With nearly 140 cases now reported from Beijing, authorities in the city shut schools once again and urged residents not to leave as thousands were tested for the coronavirus.

Coronavirus in India and China: India hurtling toward peak

While the fears in China are about a full-blown second wave of infections after largely bringing its outbreak under control, other nations such as India are just beginning to feel the full force of the pandemic.

The South Asian nation of 1.3 billion people reported a sharp spike in deaths to nearly 12,000, and now has the fourth-highest COVID-19 caseload in the world.

Hospitals in India’s financial capital Mumbai have been overwhelmed by cases, and authorities in Delhi have taken over hotels and banquet halls to house patients.

India struggling to contain surging COVID-19 cases
Hospitals, mortuaries and crematoriums throughout India are struggling with a surge of deaths from COVID-19 as 1,000 new cases are reported each day. This has been the ongoing impact of the coronavirus in India. pic.twitter.com/7kf6VFGFAx— CGTN America (@cgtnamerica) June 16, 2020

With hospitals already severely stretched, coronavirus-hit India is now bracing for the monsoon and its deadly annual onslaught of mosquito-borne illnesses, with an overwhelmed army of public health workers the only defence. The Monsoon will complicate the coronavirus situation in India, which is already facing an acute shortage of essential services amid the pandemic.

Every year illnesses such as dengue fever and malaria infect more than half a million people and kill hundreds in India as the monsoon brings much-needed rain but also devastation and disease.

There have been surges too in Iran and Saudi Arabia, while eyes remain on Latin America, the new epicentre.

Brazil, the worst-hit nation after the United States, reported its highest daily jump in cases, while Peru’s death toll surged past 7,000.

Without a vaccine or effective treatment, lockdowns in some form remain the main weapon against coronavirus for governments facing rising political and economic pressure.

There was some good news on that front — a study in Britain found that a treatment using a widely available steroid drug called dexamethasone could reduce deaths among coronavirus patients.

Researchers led by a team from the University of Oxford administered the drug to more than 2,000 severely ill COVID-19 patients.

Among those who could only breathe with the help of a ventilator, it reduced deaths by 35 percent.

“Dexamethasone is inexpensive, on the shelf, and can be used immediately to save lives worldwide,” said Oxford professor Peter Horby.

Europe lifts lockdown despite coronavirus turmoil in India and China

European nations including Belgium, France, Germany and Greece have begun lifting border restrictions, hoping to save the summer tourism season.

The decision could pave the way for a resurgence of cases in Europe prompted by the influx of tourists from countries devastated by the coronavirus. India and China, because of their huge combined populace, account for a large influx of tourists into Europe, which will doubtlessly complicate matters further for the continent as it looks to normalize post-pandemic.

Read more: WHO warns of worsening global crisis as world emerges from lockdown

But life is far from normal despite dropping case numbers in such countries.

The English Premier League, which has a massive following among football fans worldwide, will resume on Wednesday after a long suspension because of the pandemic — but the games will be played in empty stadiums.

Organisers have urged supporters not to congregate outside venues, as that could lead to fresh outbreaks.

There are plans to pipe crowd sounds into stadiums to mimic matchday atmosphere and place cardboard cut-outs of supporters in the stands, but Manchester City manager Pep Guardiola said things would still be “a little bit weird”.

WHO team probing Covid origins in China to brief media