The most useful response is to isolate legitimate questions and try and report out the answers. As Rogin writes, the coronavirus origin story “is not just about blame. It’s crucial to understanding how the novel coronavirus pandemic started because that informs how to prevent the next one.” 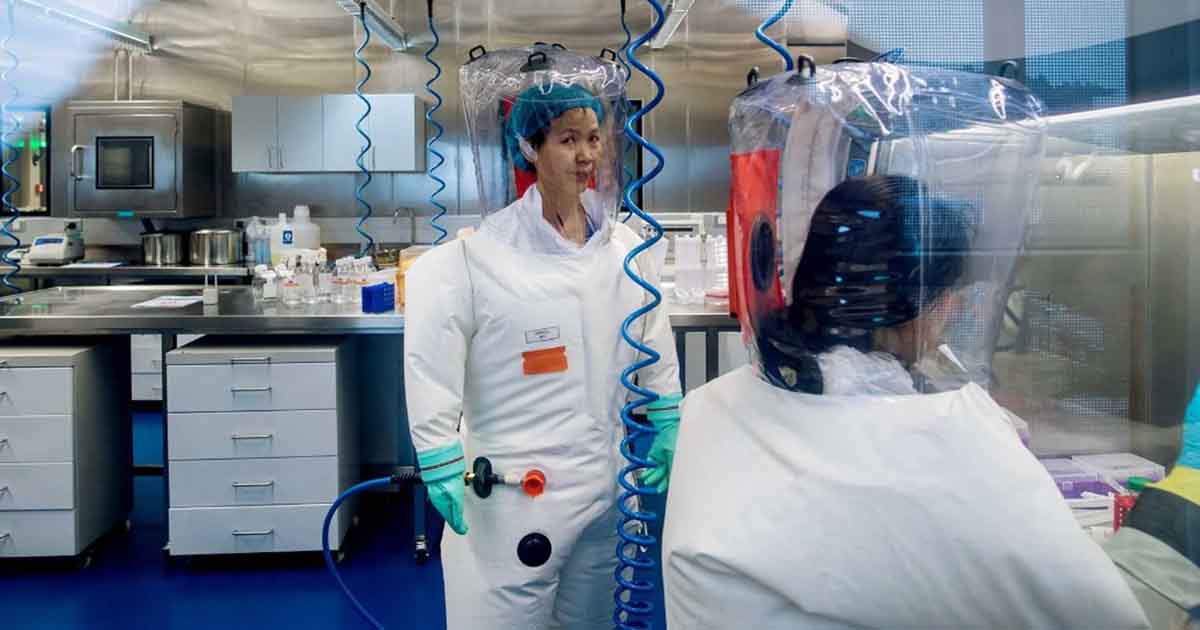 Yesterday, Josh Rogin, of the Washington Post, published a column that appeared in the paper’s Global Opinions section, but contained bombshell new reporting. Per Rogin, in early 2018, officials from the US Embassy in Beijing repeatedly visited a laboratory in Wuhan where researchers were studying coronaviruses in bats, and their possible transmissibility to humans.

Embassy staff were so concerned about safety issues they said they’d observed on their visits that they sent two warnings back to the State Department, urging the US government to give the lab support. In the first of the cables, which Rogin obtained, officials warned that the lab’s work on coronaviruses “represented a risk of a new SARS-like pandemic.”

Two years later, with a new SARS-like pandemic sweeping the earth, the warning cables “have fueled discussions inside the US government about whether this or another Wuhan lab was the source of the virus,” Rogin reports. There’s no evidence that the new coronavirus was manufactured; most scientists agree that it came from animals. But as Xiao Qiang, a scientist at the University of California, Berkeley, told Rogin, “that is not the same as saying it didn’t come from the lab, which spent years testing bat coronaviruses in animals.”

According to the Times, officials in Wuhan have, in recent weeks, broken up virtual groups set up by victims’ relatives, censored photos of relatives collecting victims’ ashes, and even assigned minders to supervise burials

Rogin’s story was shared widely on social media, including by prominent mainstream journalists. “Yikes,” MSNBC’s Chris Hayes tweeted; “WOW,” Charles M. Blow, a columnist at the New York Times, added, “I didn’t see this coming.” Conservative pundits and politicians seized on it, too; Sen. Ted Cruz, Republican of Texas, called the article a “DAMN big deal.” This was not surprising: earlier this year, a web of narratives took hold on the right alleging that the new coronavirus originated in a Chinese lab—by accident or by design.

In mid-February, Sen. Tom Cotton, a hawkish Republican from Arkansas, mentioned the Wuhan lab in an interview on Fox News. “We don’t have evidence that this disease originated there,” he said, “but because of China’s duplicity and dishonesty from the beginning, we need to at least ask the question to see what the evidence says.” Cotton clarified, on Twitter, that he thought the outbreak was “most likely” natural—and not deliberate, if it did come from the lab—but was pilloried by major news organizations for spreading a “fringe” “conspiracy theory” that “was already debunked.”

In the weeks following Cotton’s Fox hit, versions of the lab theory continued to swirl online, and continued to be cast as baseless—and even dangerous—by more credible sources. At its nefarious end, the theory is wild, and easy to dismiss. Since early April, however, the accidental end of the theory has, as Vanity Fair’s Joe Pompeo put it last week, “begun to rear its head once again, this time entertained by credible journalists,” including David Ignatius, of the Post, and Glen Owen, of Britain’s Mail on Sunday. Then came Rogin’s story—and, with it, further mainstreaming.

There’s a lot to parse here. There’s no question that right-wing China hawks, from the internet to the White House, have weaponized information about the origins of the virus—be it fact, rumor, or outright lunacy—to advance a political agenda. President Trump has referred to the virus as the “Chinese virus” and the “Wuhan virus,” part of a broader effort to dodge blame for its spread in the US. Such language, Asian Americans say, has fueled rising bigotry.

The World Health Organization—which has been accused, by many on the right, of being soft on China—has also been caught in Trump’s crossfire. Yesterday, Trump said he would suspend US funding to the organization. Had the WHO “done its job” and “call[ed] out China’s lack of transparency,” he said, “the outbreak could have been contained at its source with very little death.”

There are, however, many legitimate questions to ask about China’s lack of transparency. The US intelligence community reportedly believes that the Chinese government has grossly understated the full extent of the coronavirus outbreak in the country, and it’s far from alone in that assessment. According to the Times, officials in Wuhan have, in recent weeks, broken up virtual groups set up by victims’ relatives, censored photos of relatives collecting victims’ ashes, and even assigned minders to supervise burials. In the early days of the virus, Chinese authorities silenced Li Wenliang, a doctor who tried to raise an early alarm, and who later died after contracting the virus. Journalists who tried to blow the whistle disappeared.

Barham Salih, Iraq’s president, told CNN’s Christiane Amanpour that the regulator’s decision—taken independently of his government—was “regrettable,” and that he’s working to overturn it

Last month, Beijing expelled American reporters working for the Times, the Post, and the Wall Street Journal—an escalation of a long-running diplomatic spat with the US—and forced Chinese staff serving the same outlets to resign. Two weeks ago, the pro-Beijing government of Hong Kong reprimanded the territory’s state broadcaster for asking a WHO official a question about Taiwan.

Last week, China imposed tight restrictions on the publication of academic research linked to the origins of the coronavirus. As Rogin notes, its government won’t answer even basic questions on the topic, and has tried to suppress investigations into the possible involvement of the two labs in Wuhan. “Beijing has yet to provide US experts with samples of the novel coronavirus collected from the earliest cases,” Rogin writes. A Shanghai lab that published the virus genome in January “was quickly shut down by authorities for ‘rectification.’”

Journalists have rightly been keen to refute Trump’s blame-shifting and point-scoring exercises, as well as claims from other actors with an anti-China ax to grind. Still, what we know about the virus is dwarfed by what we don’t. Often, uncertainty has stemmed from legitimate scientific disagreement, but it has stemmed, too, from attempts to deny and deflect—and on that score, China has been a serious, if not a lone, offender.

Just because a conspiracy theory is later proven to have merit doesn’t make it not a conspiracy theory; their defining trait is belief in the absence of evidence. The most useful response, here, is not to get sucked into the right-wing fever swamps, but to isolate legitimate questions, and try and report out the answers. As Rogin writes, the coronavirus origin story “is not just about blame. It’s crucial to understanding how the novel coronavirus pandemic started because that informs how to prevent the next one.”

Jon Allsop is a freelance journalist. He writes CJR’s newsletter The Media Today. Find him on Twitter @Jon_Allsop. This article originally appeared at Columbia Journalism Review with the title China, conspiracy theories, and the murky coronavirus origin story. We are reproducing it given the huge public interest in the subject.

US, China ‘miles and miles’ from resolving trade conflict: US official