There are 2,031 confirmed coronavirus cases among the crew members of the US forces. Therefore, their level of readiness for any possible situation was questioned by many countries. The Pentagon gave a clear message that nobody should test the US forces' ability to confront any challenge. The US has been transparent in disclosing the coronavirus cases among its troops; the reason countries like Russia are thinking they might be unable to control any adverse situation. 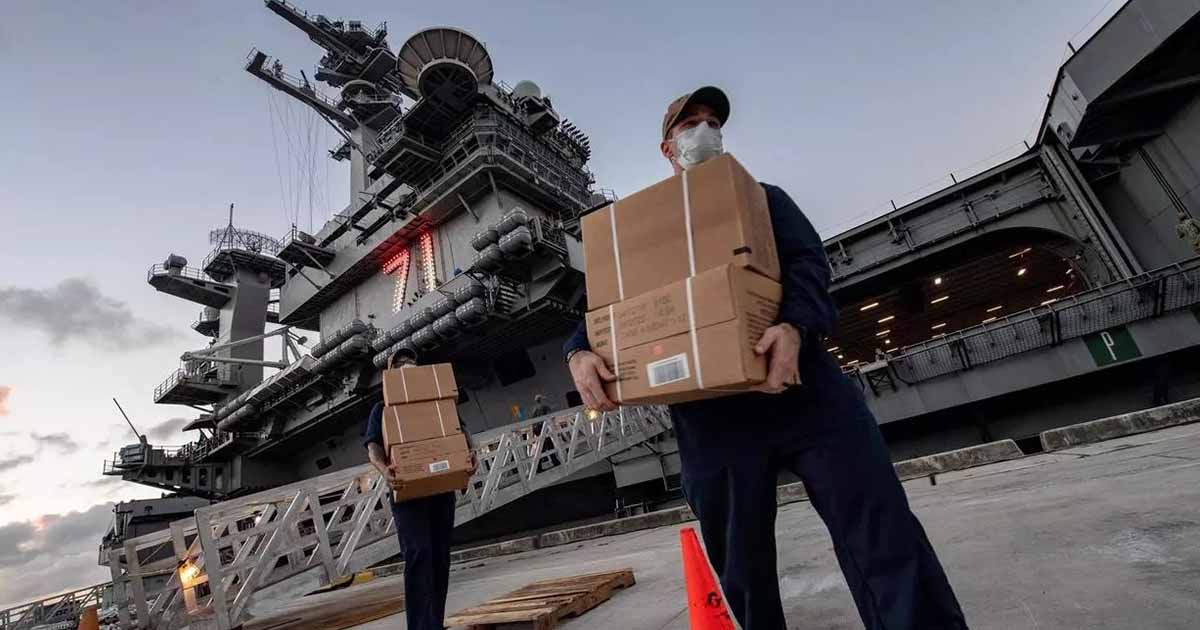 PWith an aircraft carrier forced into port and staff at bases handling nuclear missiles hit by COVID-19, the US military wants rivals to understand: don’t test us, we have not been weakened.

Statement after statement from the Pentagon has sought to deliver that message amid questions this week over whether the US fighting force can maintain full readiness, with cases among service members now at 2,031.

“I wouldn’t want any mixed messages going out there to any adversaries that they can take advantage of an opportunity, if you will, at a time of crisis,” he added.

“That would be a terrible and tragic mistake if they thought that.”

Unlike rivals Russia, China and Iran, the US Defense Department has tried to be transparent about the outbreak, publishing daily totals of infections among its troops, civilian workers and families.

Including civilian staff, military family members, and contractors, total Department of Defense infections were at 3,366 on Friday, with one death.

Having initially given the location of cases, it now only offers broader totals, however, to avoid enemies knowing the points at which US forces might have been weakened.

One is well-known: the carrier USS Theodore Roosevelt, forced to dock in Guam for an extended period because of an outbreak that has hit 416 of the 4,800 aboard.

More than half the sailors have been evacuated while the entire crew is tested and the warship undergoes a thorough cleaning.

On Thursday Newsweek published a map showing that coronavirus cases had appeared on 150 military bases, challenging the Pentagon’s secrecy.

Hans Kristensen, an expert on nuclear weapons at the Federation of American Scientists, says all but one US nuclear installation has been hit by the virus.

Social distancing on a submarine

US military strategy rests on demonstrating its ability to project power around the world at any time, so that no one dares attack.

That’s why the case of the Roosevelt, one of two US aircraft carriers in the western Pacific, has unsettled Pentagon leadership.

When the ship’s captain released a letter describing a dire outbreak aboard the vessel, it infuriated his commanders, who accused him of disclosing sensitive information related to Navy readiness. The captain was fired.

But the Pentagon has been completely aware of the danger. In early March the military established a system of “bubbles,” creating two separate operating teams for submarines and nuclear missile silos.

Team members are quarantined for 14 days and then kept segregated so that if an infection hits one, the other team remains ready.

“You can’t get social distancing in a submarine or even in a tank. But you take prudent measures as best you can,” said Defense Secretary Mark Esper.

The readiness concerns continue. Coronavirus has surfaced in the crews of three other carriers, none on deployment: the Ronald Reagan, docked in Japan, and the Carl Vinson and Nimitz, both undergoing maintenance in Washington state.

The infected sailors have been evacuated and have all recovered, according to the Navy.

While also stressing that US force readiness has not diminished, Joint Chiefs vice chairman General John Hyten said Thursday the Navy was working hard to protect the entire fleet from shipboard COVID-19 outbreaks.

“To think that it will never happen again is not a good way to plan,” he said of the Roosevelt case.

Questions about US military readiness persist in part because of rumors and disinformation often coming from Russia, said Laura Cooper, Deputy Assistant Secretary of Defense.

“We have seen a number of threads of information that are heating up about the readiness of the US military and others,” Cooper, a Russia expert, told reporters.

Milley said that 2,000 infected personnel out of a fighting force of 2.3 million was “not huge.”

“And I want to make sure everyone clearly understands that the readiness of the US military is still strong,” he added. “We’re still capable and we’re still ready no matter what the threat.”

Previous articleLifting up stay-at-home restrictions could resurrect the virus: WHO
Next articleSaudi vs US? Oil price war hurt US more than Russia

17 September 2021
Previous articleLifting up stay-at-home restrictions could resurrect the virus: WHO
Next articleSaudi vs US? Oil price war hurt US more than Russia