Is Corona biological warfare: China & US blame each other?

US government has reacted sharply to Chinese government's spokesman, Zhao Lijian's tweet that suggested that it might be U.S. army who brought the epidemic to Wuhan. When did "Patient Zero" begin in the US? Lijian who had previously served in Pakistan as Chinese DCM had asked. Conspiracy theories that Corona represents a biological war were already circulating but with the US government summoning the Chinese Ambassador to the US, Cui Tiankai, for an explanation it has definitely taken a new turn. 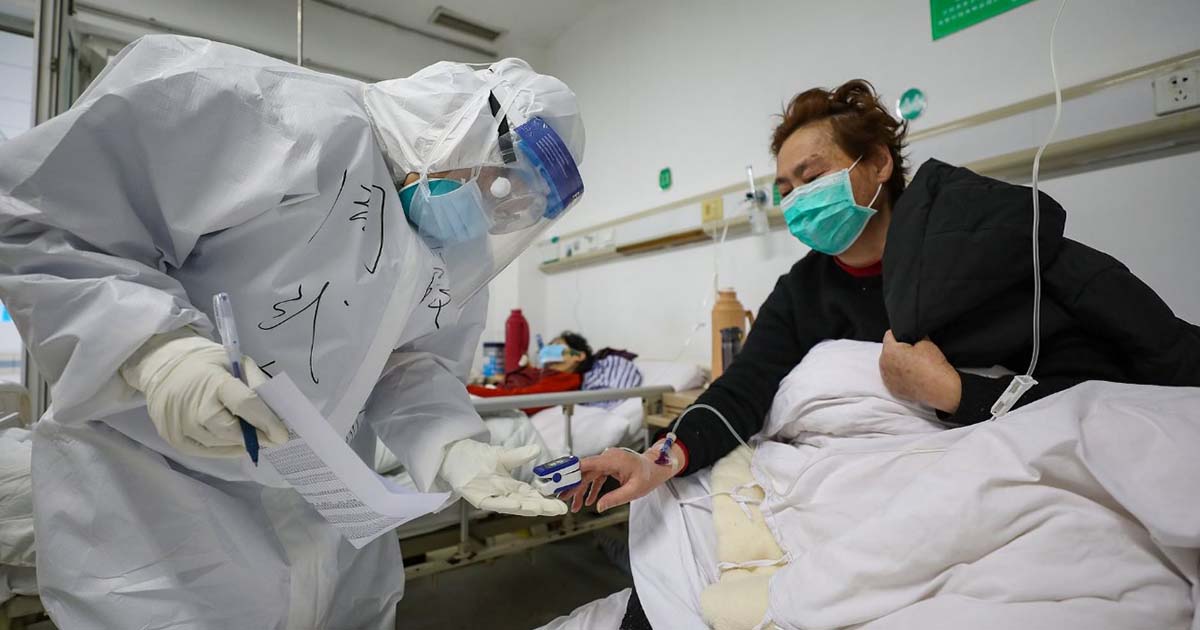 WASHINGTON – The United States on Friday summoned China’s ambassador after a senior official in Beijing tweeted that the U.S. military started the COVID-19 pandemic, the State Department said.

“China is seeking to deflect criticism for its role in starting a global pandemic and not telling the world,” a State Department official said.

“Spreading conspiracy theories is dangerous and ridiculous. We wanted to put the government on notice we won’t tolerate it, for the good of the Chinese people and the world,” the official said.

When did Patient Zero begin in US: Comments by Lijian Xhao?

Zhao, in tweets in both Mandarin and English that gained wide traction on Chinese social media, a day earlier suggested that “patient zero” in the global pandemic may have come from the United States, not the Chinese city of Wuhan, where cases were first reported in late 2019.

“It might be US army who brought the epidemic to Wuhan. Be transparent! Make public your data! US owe us an explanation,” tweeted Zhao, who has earlier served as high profile Deputy Chief of Mission in Islamabad, Pakistan, is known for his provocative statements on social media.

US sources believe that a Chinese government campaign to cast doubt on the origin of the coronavirus pandemic is fuelling a row with the United States, with a Beijing official promoting conspiracy theories and Washington calling it the “Wuhan virus”.

The spat comes as China tries to deflect blame for the contagion and reframe itself as a country that took decisive steps to buy the world time by placing huge swathes of its population under quarantine.

With cases falling in China and soaring abroad, Beijing is now rejecting the widely held assessment that the city of Wuhan is the birthplace of the outbreak. This is happening in response to earlier comments from Mike Pompeo, US Secretary of State, referring to COVID-19 as a “Wuhan Virus”.

Foreign ministry spokesman Zhao Lijian went a step further on Thursday, saying on Twitter that “it might be US army who brought the epidemic to Wuhan” — without providing any evidence.

2/2 CDC was caught on the spot. When did patient zero begin in US? How many people are infected? What are the names of the hospitals? It might be US army who brought the epidemic to Wuhan. Be transparent! Make public your data! US owe us an explanation! pic.twitter.com/vYNZRFPWo3

He doubled down on his claim on Friday by posting a link to an article from a website known for publishing conspiracy theories about the 9/11 attacks.

Censors usually vigilant against rumours have also allowed Chinese social media users to spread similar claims about the US being behind the virus.

Why China & Iran are hit hard: Ex-Iranian President writes to the WHO?

Conspiracy theories have been widely circulating over social media as the coronavirus took a heavy toll worldwide.

U.S. officials had earlier told AFP that Russia had systematically spread disinformation in an effort to damage the U.S. reputation, with coordinated Facebook and Twitter posts that suggested that the United States was behind the novel coronavirus.

Russia has however denied responsibility for the social media effort. Many in the US were reminded of the former Soviet Union’s vicious campaign in the 1980s to link HIV (AIDs Virus) to the U.S. government.

Iran’s firebrand former president, Mahmoud Ahmadinejad, has recently written to the World Health Organization asking for an investigation into the “biological war against humanity,” questioning why U.S. adversaries China and Iran have been so badly hit.

However his claims ignore Italy, a close U.S. ally, which has officially seen the most cases of COVID-19 after China. Most Europe including France and Germany are badly hit. US President Trump has shut down flights from all across Europe into the United States – he may even shut down flights from the UK and Ireland. Businesses across the US, UK and Europe are hard hit.

A video showing a US health official saying some flu victims were posthumously diagnosed as having had COVID-19 was among the top searched items on China’s Twitter-like Weibo this week, with some users saying it was evidence the virus originated in the US. Zhao posted the clip on Twitter.

Dali Yang, a political science professor at the University of Chicago, said he believes Zhao was “tweeting in his official capacity”.

China’s intention in promoting the conspiracy theory is “to divert from domestic discontent” over the handling of the outbreak, which has killed more than 3,100 people in the country.

Read more: Coronavirus: Political Impact upon Kings and dictators of the world?

Asked if Zhao was representing the government’s view, fellow foreign ministry spokesman Geng Shuang told reporters on Friday that “the international community, including (people) in the United States, have different views on the source of the virus”.

“China from the beginning thinks this is a scientific issue, and that we need to listen to scientific and professional advice,” Geng said.

The push to question the origin of the disease contradicts China’s own initial assessment about the source of the virus, which has now killed nearly 5,000 people worldwide. Gao Fu, head of China’s Center for Disease Control and Prevention, said in January “we now know the source of the virus is wild animals sold at the seafood market” in Wuhan.

Chinese authorities themselves saw Wuhan and the rest of Hubei province as a threat as they placed the region of 56 million people under strict quarantine to contain the epidemic.

But Beijing began sowing doubts in late February, when Zhong Nanshan, a respected expert affiliated with the National Health Commission, told reporters “the epidemic first appeared in China, but didn’t necessarily originate in China.” Scientists, however, have long suspected that the virus jumped from an animal at the Wuhan market to a human before spreading globally.

‘A Chinese government campaign to cast doubt on the origin of the coronavirus pandemic is fuelling a row with the United States, with a Beijing official promoting conspiracy theories and Washington calling it the "Wuhan virus."' … https://t.co/fraPW4pLMn

The World Health Organization has said that while the exact path the virus took between its animal source and humans is still unclear, COVID-19 was “unknown before the outbreak began in Wuhan, China, in December 2019”.

Christl Donnelly, a professor of statistical epidemiology at Imperial College London, said genetic analysis of coronavirus samples collected from around the world shows a common ancestor in China.

“This is not in any way blaming a particular country,” she told AFP.

The United States, meanwhile, has angered China by using language directly linking the virus to the country. US Secretary of State Mike Pompeo has called it the “Wuhan virus”, prompting Beijing to reject the term as “despicable” and “disrespecting science”.

US President Donald Trump started a televised address to his nation on Wednesday by speaking about the outbreak “that started in China”. The language is “part of his dog-whistling politics,” said Australian National University researcher Yun Jiang.

Read more: Did US Attack China & Iran with Coronavirus? – The Most Lethal Way of Fighting

The WHO warns against naming infectious diseases in a way that encourages discrimination against ethnic groups. Robert O’Brien, the US national security adviser, on Wednesday insisted that the virus originated in Wuhan.

Blaming the pandemic on a lack of cooperation from Chinese officials and a cover-up when the outbreak first emerged, O’Brien said this had “cost the world community two months to respond” to the threat. Beijing called his remarks “extremely immoral and also irresponsible”.

Jiang said that “by sowing doubts into people’s mind about where the virus originated, they’re trying to deflect part of the blame for the outbreak”.

GVS News Desk with input from AFP and other agencies.